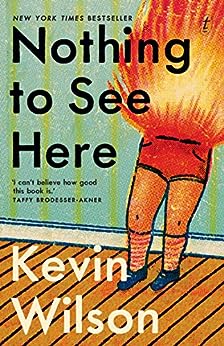 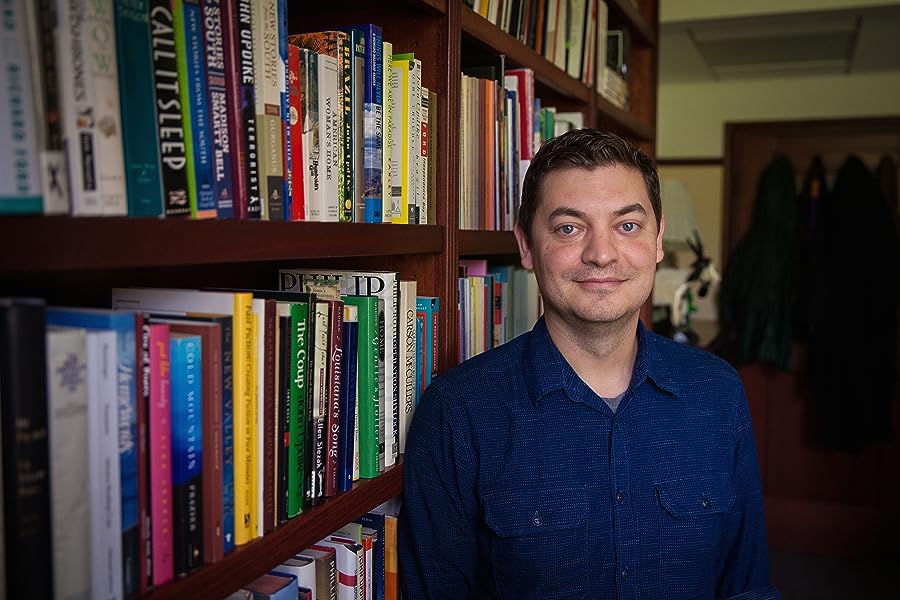 Nothing to See Here Kindle Edition

by Kevin Wilson (Author) Format: Kindle Edition
See all formats and editions
Sorry, there was a problem loading this page. Try again.

Lillian and Madison were unlikely roommates and yet inseparable friends at their elite boarding school. Then Lillian had to leave the school unexpectedly in the wake of a scandal and they’ve barely spoken since. Until now, when Lillian gets a letter from Madison pleading for her help.

Madison’s twin stepkids are moving in with her family and she wants Lillian to be their carer. However, there’s a catch: the twins spontaneously combust when they get agitated, flames igniting from their skin in a startling but beautiful way. Lillian is convinced Madison is pulling her leg, but it’s the truth.

Thinking of her dead-end life at home, Lillian figures she has nothing to lose. Over the course of one humid, demanding summer, Lillian and the twins learn to trust each other—and stay cool—while also staying out of the way of Madison’s buttoned-up politician husband. Surprised by her own ingenuity yet unused to the intense feelings of protectiveness she feels for them, Lillian ultimately begins to accept that she needs these strange children as much as they need her. Couldn’t this be the start of the amazing life she’d always hoped for?

“I can’t believe how good this book is. . . . Wholly original. It’s also perfect. . . . Wilson writes with such a light touch. . . . That’s the brilliance of the novel—that it distracts you with these weirdo characters and mesmerizing and funny sentences and then hits you in a way you didn’t see coming.” -- Taffy Brodesser-Akner, The New York Times Book Review

“A peculiar, entertaining and insightful book about the hazards of child-rearing and the value of friends.”  -- People

"[Wilson’s] most perfect novel. Paradoxically light and melancholy, it hews to the border of fantasy but stays in the land of realism. . . . You can sense the real heat radiating off these pages. . . . This novel may seem slight and quirky, but don’t be fooled. There’s a lot to see here."
-- Washington Post

“It’s a giddily lunatic premise, one that author Kevin Wilson grounds with humor and deadpan matter-of-factness. . . . Wilson’s observational humor is riotous in its specificity. . . . The writing dazzles. . . . But what dazzles most are the warmly rendered dynamics of an ad hoc, dysfunctional family that desperately wants to work.”  -- USA Today

“There’s hardly a sentence that feels like anything you’ve read before, that’s how fresh his voice is. . . . Witty, confiding, breezily profane. . . . That the supernatural elements feel so right is a testament to Wilson’s innate skill as a storyteller.” -- Entertainment Weekly

A pleasing blend of tartness and tenderness. . . . . Wilson’s ability to capture such tangled sentiments makes him a thoroughly engaging and appealing writer. -- Boston Globe

Darkly funny yet quietly devastating. . . . Wilson crafts a stunning portrait of the push and pull of parenthood. -- Time

"Funny and even eerily beautiful. . . . It’s the sweetness of this novel that will melt you." -- NPR.org

Perennially weird and wonderful. . . . Wilson’s portrayal of these fire children conveys more emotional truth about life with a difficult or neurodivergent kid than any of those parenting guides. . . . Funny and affecting. -- Minneapolis Star Tribune

Kevin Wilson is the author of the novels The Family Fang, a New York Times bestseller adapted into an acclaimed film starring Nicole Kidman, and Perfect Little World, as well as the story collections Tunneling to the Center of the Earth, winner of the Shirley Jackson Award, and Baby, You’re Gonna Be Mine. He lives in Sewanee, Tennessee, with his wife and two sons.

4.2 out of 5 stars
4.2 out of 5
4,830 global ratings
How are ratings calculated?
To calculate the overall star rating and percentage breakdown by star, we don’t use a simple average. Instead, our system considers things like how recent a review is and if the reviewer bought the item on Amazon. It also analyses reviews to verify trustworthiness.
Top reviews

Medha
5.0 out of 5 stars Loved it!
Reviewed in India on 25 May 2020
Verified Purchase
A really unique story. Anyone interested in a different, slow paced story with a pinch of magical realism will enjoy this. Looking for more books from this author now.
Read more
One person found this helpful
Helpful
Report abuse

User2020
5.0 out of 5 stars Not a book review.
Reviewed in India on 17 December 2020
Verified Purchase
The paper quality, the text everything is so good.
Read more
Helpful
Report abuse
See all reviews

M Pritchard
4.0 out of 5 stars Different
Reviewed in the United Kingdom on 24 January 2021
Verified Purchase
Not a usual concept for a book, but it's not really about the twins it's actually about what family is. It's something different for everyone and does not need to consist of any of the averages to work. Life also can throw you some weird stuff but it can work! Humourous, if a bit sweary I places an enjoyable read
Read more
Report abuse

Verne
3.0 out of 5 stars Easy enough read
Reviewed in the United Kingdom on 7 December 2020
Verified Purchase
It's an ok story - it kept my attention and didn't take long to read. But I feel like the story doesn't really go anywhere and it's overly sentimental in parts.
Read more
One person found this helpful
Report abuse

Jan Hills
5.0 out of 5 stars Amazing
Reviewed in the United Kingdom on 9 December 2019
Verified Purchase
Very different book. Great story if a little sentimental. Good for an weekend when you just want to have a duvet day
Read more
One person found this helpful
Report abuse

Hoek
5.0 out of 5 stars Odd and beautiful
Reviewed in the United Kingdom on 7 May 2021
Verified Purchase
A strange read, but it will stay with me a very long time.
Read more
Report abuse
See all reviews

Kevin Wilson is the author of the New York Times best-selling novel The Family Fang (Ecco, 2012), Perfect Little World (Ecco, 2017), and Nothing to See Here (Ecco, 2019) as well as the collections, Tunneling to the Center of the Earth (Ecco/Harper Perennial, 2009), which received an Alex Award from the American Library Association and the Shirley Jackson Award, and Baby, You're Gonna Be Mine (Ecco, 2018). His fiction has appeared in Ploughshares, Tin House, One Story, A Public Space, and elsewhere. He has received fellowships from the MacDowell Colony, Yaddo, Rivendell, and the KHN Center for the Arts. He lives in Sewanee, Tennessee, with his wife, the poet Leigh Anne Couch, and his sons, Griff and Patch. He is an Associate Professor in the English Department at the University of the South.