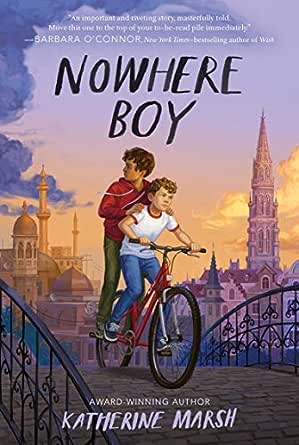 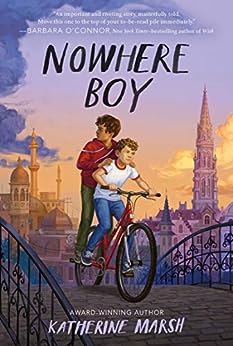 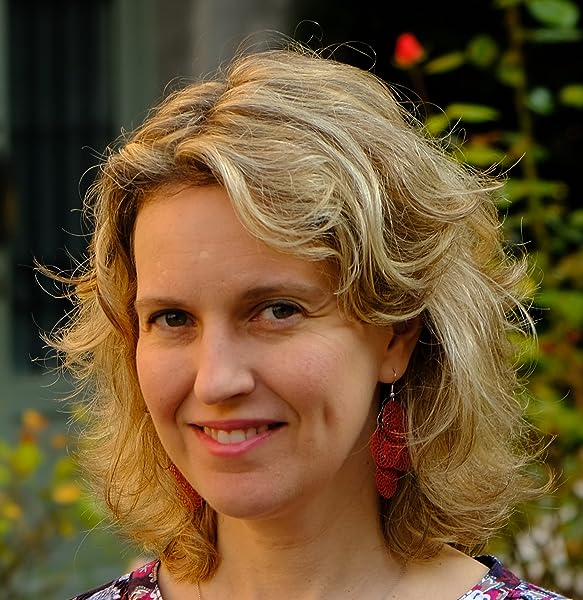 People Magazine "Kid Pick"
Chicago Public Library Best of the Best Books of 2018
New York Times Book Review Notable Children’s Books of 2018
"An important and riveting story, masterfully told. Move this one to the top of your to-be-read pile immediately." -Barbara O'Connor, author of WISH and WONDERLAND
"Elegantly structured, plausible in its improbable plot, and studded with moments of rapturous prose. The book ends on a single word that sums up its entire message: Hope." - Elizabeth Wein, The New York Times Book Review
"Nowhere Boy has the authenticity of nonfiction, with all the heart and pulse of a great novel. As a journalist, who has reported on the refugee crisis for years, I was deeply impressed by how real and gripping Marsh's tale felt -- from the very start -- as a father and son clung to a life raft in rough seas. This should be required reading in middle schools across America." - Jake Halpern, winner of the 2018 Pulitzer Prize for his series, "Welcome to the New World," in the New York Times.
A "perilous journey, tempered by the striking realism of obstacles refugees face daily." - Bulletin of the Center for Children's Books, Starred Review
"This well-crafted and suspenseful novel touches on the topics of refugees and immigrant integration, terrorism, Islam, Islamophobia, and the Syrian war with sensitivity and grace. A captivating book situated in present-day discourse around the refugee crisis." - Kirkus, Starred Review
"Marsh skillfully weaves the historical parallels with a touching story of friendship. She ratchets up the tension and suspense, until it becomes unbearable; readers will fly through the last hundred pages...Thoughtfully touching on immigration, Islamophobia, and terrorism, this novel is a first-purchase. Hands to fans of Alan Gratz’s Refugee." - School Library Journal, Starred Review
"Through the boys’ deepening friendship, [Katherine Marsh] offers a timely and entertaining tale of suspense and intrigue while eloquently conveying the courage necessary to trust another person in a climate rife with fear, suspicion, and ethical dilemmas." - Publishers Weekly, Starred Review
"A hopeful story about recovery, empathy, and the bravery of young people." - Booklist
"Beautifully done." - People Magazine
"Perfect for classroom reads, this timely novel with its strong male protagonists will foster discussions about friendship, Islam, and complex refugee predicaments throughout the world." - VOYA

Katherine Marsh is the Edgar Award-winning author of The Night Tourist; The Twilight Prisoner; Jepp, Who Defied the Stars; and The Doors by the Staircase. Katherine grew up in New York and now lives in Brussels, Belgium, with her husband and two children. --This text refers to the hardcover edition.

4.6 out of 5 stars
4.6 out of 5
344 global ratings
How are ratings calculated?
To calculate the overall star rating and percentage breakdown by star, we don’t use a simple average. Instead, our system considers things like how recent a review is and if the reviewer bought the item on Amazon. It also analyses reviews to verify trustworthiness.

Joy Fowler
5.0 out of 5 stars Loved it!
Reviewed in the United Kingdom on 30 January 2019
Verified Purchase
I read this to my children and we loved it and are so very sad to have come to the end, we totally fell in love with the characters. It's so moving and powerfully written and gripping too. It dealt with issues such as immigration , racism, fear, family struggles really maturely and insightfully.
Read more
2 people found this helpful
Report abuse

Sk8erGrl
5.0 out of 5 stars Gripping Read
Reviewed in the United Kingdom on 15 November 2020
Verified Purchase
This is an amazing and gripping book about friendship and hope. It has really inspired me. I would recommend it to keen readers ages 9 and over.
Read more
One person found this helpful
Report abuse

R Bravo
5.0 out of 5 stars Remarkably touching story
Reviewed in the United Kingdom on 21 September 2018
Verified Purchase
A beautiful story that underscores the critical importance of compassion. I was particularly impressed by the author's ability to make difficult global issues so accessible to a young audience. I cannot imagine a book that I would want my sons to read more.
Read more
One person found this helpful
Report abuse

Alonso Navarro
4.0 out of 5 stars Great way to introduce children to important topics like migration and social disadvantage
Reviewed in Australia on 4 August 2020
Verified Purchase
The story is current and well written. It brings to the table important topics that children should be discussing: war migration, refugees, national security. And it does in a simple but deep and meaningful way, just like the two main characters of this story.
Read more
Report abuse

Tess
5.0 out of 5 stars Very interesting
Reviewed in France on 28 August 2020
Verified Purchase
Very interesting for kids, I read this book to my child every night and he loves it! I recommend it very much!
Read more
Report abuse
See all reviews
Back to top
Get to Know Us
Connect with Us
Make Money with Us
Let Us Help You
EnglishChoose a language for shopping.
© 1996-2021, Amazon.com, Inc. or its affiliates