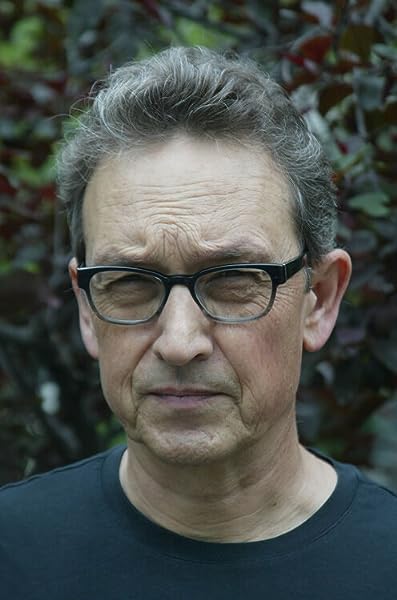 by Pete Hautman (Author)
4.3 out of 5 stars 21 ratings
See all formats and editions
Sorry, there was a problem loading this page. Try again.
FREE delivery: Aug 13 - 20 Details

No Cost EMI: Avail No Cost EMI on select cards for orders above ₹3000 Details
Partner Offers: Get GST invoice and save up to 28% on business purchases. Sign up for free Details
10 Days Replacement Only

Shy Stuey and just-short-of-bossy Elly Rose are likable, their friendship believable and moving. Infused with the magic of the unknown, the eerie wilderness entices them, and readers, inside. An intensely atmospheric ghost story and elegy for a vanished world: spellbinding.
—Kirkus Reviews (starred review)

As evocative as a David Almond novel, and as infused with heartache and affirmation, Stuey’s story will set imaginations spinning with possibilities about other worlds, ancient sins, and the power of truth.
—Publishers Weekly (starred review)

Explaining the implications of concurrent realities is not an easy task, but one Hautman handles skillfully. His fluid writing and lush descriptions of the natural world carry the story, even when questions of how and why remain. Readers will race to the end to learn how it all untangles.
—Booklist

Hautman plays with time and reality, spitting the story into two narratives, Stuey’s and Elly’s. The story lines touchingly merge for a satisfying conclusion. The main characters are likable and thoughtfully developed, with intelligence and flashes of humor.
—School Library Journal

This mind-bending mystery plays right into questions entertained by children and adults alike at least since Schrödinger introduced the possibility of multiple, simultaneous realities...By confining each of the main characters to his or her own universe and linear time, Hautman limits confusion, pays homage to the power of imagination fueled by nature, and explores middle-grade-friendly possibilities of agency, faith, courage, and friendships that have the power to heal generational wounds.
—Bulletin of the Center for Children's Books

There’s a rip in the space-time continuum, and two ordinary kids have to repair it. Trickier still is making such a feat seem believable for the reader. It is a trick that Mr. Hautman pulls off magnificently in this thought-provoking story. Readers ages 8-14 may find themselves mulling over the enigmatic ideas it raises long after they’ve finished the book.
—The Wall Street Journal

This is an intricately woven and affecting novel about the power of true friendship, the corrosiveness of secrets and guilt, and the mysterious possibilities of the world.
—The Horn Book

Hautman has woven a story rich with forest lore and an understanding of the fragility of wild spaces near the city. The ache of loss also permeates this story, for lost friendships and lost wildness, even as the characters look to mend what’s broken.
—Star Tribune

Pete Hautman is the author of many books for young adults and adults, including the National Book Award–winning Godless, the Klaatu Diskos trilogy, and Eden West. His most recent book for middle-grade readers is Slider, which Booklist lauded for its “crystalline prose, delectable detail, and rip-roaring humor.” Pete Hautman divides his time between Wisconsin and Minnesota.

Start reading Otherwood on your Kindle in under a minute.

4.3 out of 5 stars
4.3 out of 5
21 global ratings
How are ratings calculated?
To calculate the overall star rating and percentage breakdown by star, we don’t use a simple average. Instead, our system considers things like how recent a review is and if the reviewer bought the item on Amazon. It also analyses reviews to verify trustworthiness.
Top reviews

Anthony Conty
5.0 out of 5 stars Wise Beyond Its Years
Reviewed in the United States on 25 June 2019
Verified Purchase
"Otherwood" by Pete Hautman starts out with a boy reminiscing about his grandfather, a man obsessed with quantum physics and alternate realities. Once young Stuey loses his best friend and meets a girl named Elly Rose, the impossible becomes possible.

Fantasy can either create a whole different world or establish one or two outcasts who believe and experience the extraordinary. Hautman chooses the latter. Reading the jacket insert, the reader only sees that "the unthinkable happens" without details so Hautman wants to reveal his secrets slowly; therefore, I will reveal little about the second half of the book. Trust me, it's spectacular.

Rana Buck and I have discussed reviewing something too early at the risk of a plot twist changing your entire set of ideas. I am sitting here twenty minutes after finishing and I am still digesting the ending. There is a lot going on for middle-grade literature.

It remains difficult to read this genre without picturing how my eldest child would react, Aimee Hutchison. It has no objectionable material until about 3/4 of the way through when a dark tale about Stuey's grandfather rears its ugly head. If your kid is older than 8, they can handle it.

The best words to describe "Otherwood" are smart and ambitious. It is for the young but has some great ideas about family, history, and possibility. You would do yourself a huge favor if you read it.


Read more
2 people found this helpful
Report abuse
See all reviews
Back to top
Get to Know Us
Connect with Us
Make Money with Us
Let Us Help You
EnglishChoose a language for shopping.
© 1996-2021, Amazon.com, Inc. or its affiliates