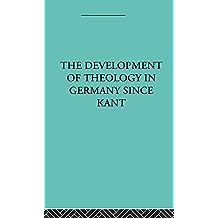 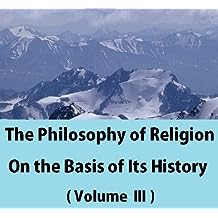 The Philosophy of Religion On the Basis of Its History, Volume 3 17 Feb, 2012
by Otto Pfleiderer
₹ 260.01
THE DEVELOPMENT OF THE RELIGIOUS CONSCIOUSNESS. 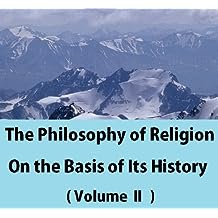 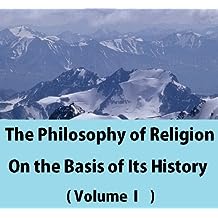 
PREFACE TO THE SECOND EDITION.

The first edition of this book was published at a time in many ways unfavourable to the reception of such a work. The book has yet in a comparatively short period made its way far beyond the limits of Germany, and though attacked in some quarters, has for the most part found great favour. The more have I felt it incumbent on me when the opportunity arose for a new edition to remove, as far as I was able, the defects of my work, to which I was by no means blind.

What was most required was a considerably extended treatment of the first part of the work, the history of the philosophy of reHgion. The true beginning of that philosophy had to be traced in the 17th century, before the time of Lessing ; then my statement and criticism of the views of several thinkers {e.g. Kant) had to be made somewhat more precise and circumstantial; there were gaps of greater or less importance to be filled up, and it was necessary to speak of the most recent contributions to the

study. These additions have increased the first part to such an extent that it now takes up a volume [vols. i. and ii. of the translation]. This part of the work cannot even now claim to be complete in a literary sense : it does, however, treat the essential points which a history of the philosophy of religion is bound to notice at sufficient length to give even the reader who has not specially occupied himself with such philosophical studies, a connected \new of the efibrts of the human mind to sound the depths of the profoundest questions of life.

The second volume [iii. and iv. of the translation] contains the philosophy of religion treated genetically and speculatively. Here a new section has been added, giving a concise sketch of the development of the religious consciousness in its beginnings in the Indo-Germans, the Semitic race, and in Christianity. This does not of course claim to be a complete history of religion. Such a history could not be given in so small a space, and perhaps the state of study in certain branches of the subject is not yet such as to admit of it. What is attempted is merely a compendious review of the principal forms in which the religious endowment of our race has manifested itself, as a basis and preparation for a philosophical view of the religious consciousness. The arrangement adopted has favoured simplicity in this latter discussion, and has enabled the results to be presented more clearly

and in closer connection with each other. I have also bestowed more care on the style of the work, and have sought more than in the former edition to exchange the language of the school for the common language of men, expressing my view of things as simply as I could, and showing as distinctly as I could how it differs in each case from the views of others. I trust that this will of itself remove many objections and misunderstandings from which the former edition had to suffer. I have not, however, felt myself obliged any more than formerly to defend myself specially against attacks of a personal nature, which have by no means been wanting, because I think little is ever gained for the subject in hand by such engagements, and that it is merely darkened and confused by the introduction of personal elements. This attitude I shall continue to maintain. Thankful as I am for any criticism that is material to the subject, I shall not waste time and strength in noticing and repelling personal attacks. Let each one faithfully do his best to help the common labour in those lofty and arduous tasks imposed on us by the age and its eternal ruler, and time itself will show how much of each man's work is gold and silver, how much is wood, hay, stubble!

In conclusion, I desire to state that I have derived great assistance in my preparation of thi