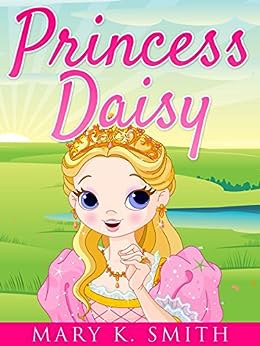 4.2 out of 5 stars
4.2 out of 5
699 global ratings
How are ratings calculated?
To calculate the overall star rating and percentage breakdown by star, we don’t use a simple average. Instead, our system considers things like how recent a review is and if the reviewer bought the item on Amazon. It also analyses reviews to verify trustworthiness.
Top reviews

Abhiishek Mohta
4.0 out of 5 stars Not only is the book great but the artwork is awesome as well.
Reviewed in India on 24 October 2019
Verified Purchase
I very much loved this quote "Every day, consider others—The needs of sisters, friends, and brothers, And when you help them meet their needs, Your own dreams will come true indeed!" This is such a great lesson!
Read more
5 people found this helpful
Helpful
Report abuse

neelam
5.0 out of 5 stars THIS BOOK IS GREAT.I SURELY RECOMMEND FOR ALL READ.
Reviewed in India on 8 July 2019
Verified Purchase
I love this book.This book teaches us a great moral that"THINK FOR OTHERS BEFORE YOURSELF".This book is for children aged 6-10.Though 9 and 10 year old children reaad novels but still they will love this book.I must say that the author is very skilled, I am going to buy more books like this.Surely appreciate your hardwork.

Kindle Customer
5.0 out of 5 stars The best book for kids that like fairy tales!
Reviewed in India on 1 July 2020
Verified Purchase
I'm Aishani & I'm 11 years old. I got this book for me. The story is very motivational. Also its kinda short story, not what I expected. But it touched my heart. Princess Daisy is a kind-hearted princess. This is my first time I'm reading a book of Mary K. Smith. Well, if you are trying to find a fairy tale for your kid, this is for you! Nice book!
Read more
Helpful
Report abuse

Keerthu2
5.0 out of 5 stars Awesome story with great moral
Reviewed in India on 24 May 2020
Verified Purchase
My kids loved the story, felt the pain and love for her mother in the lines, and finally sacrifices her wish for the people - the kids need to learn to sacrifice for others to live a happy life great hats off superb
Read more
Helpful
Report abuse

Aitijhyawearstiara
5.0 out of 5 stars Short and sweet read
Reviewed in India on 10 April 2020
Verified Purchase
Such a simple and beautiful story. Loved it totally. Loved the graphics too. Hope to read more from the author!!
Read more
Helpful
Report abuse

Amazon Customer
5.0 out of 5 stars What a cute story ..
Reviewed in India on 5 April 2020
Verified Purchase
I am 12.I say that this book is filled with love ,happiness . Also filled with cuteness .I loved this book very much .I recommend all to read this book .
Read more
Helpful
Report abuse

Amazon Customer
4.0 out of 5 stars Simple story with a v good moral
Reviewed in India on 3 May 2021
Verified Purchase
My daughter loved it, simple sweet and the moral was very nice. Would recommend for small kids upto 7 yrs
Read more
Helpful
Report abuse

Natasha George Patrick
4.0 out of 5 stars A nice story with a message
Reviewed in India on 17 May 2020
Verified Purchase
A good read for little kids. The story convey a beautiful message in simple terms that a child can understand.
Read more
Helpful
Report abuse
See all reviews

Tony Parsons
5.0 out of 5 stars children's
Reviewed in the United States on 25 February 2021
Verified Purchase
Princess Daisy lived in a beautiful kingdom.
She had everything anyone could wish for.
But she wished for a mother.
She was raised cared for by her father & Heidi.
Daisy (12) watched as her father had to go to war.
She was scared & crying & all of a suddenly Bloom the Flower Fairy of Wishes appeared.
Daisy had 1 wish only.

I do not receive any type of compensation for reading & reviewing free books from publishers & authors. Therefore, I am under no obligation to write a positive review, only an honest one.

An awesome book cover, great hand-drawn colored pictures, charming illustrations & proper font & writing style. A very professionally written children’s (preschool/elementary age) fairy tale storybook. It was quite easy for me to read/follow from start/finish & never a dull moment. There were no grammar/typo errors, nor any repetitive or out of line sequence sentences. Lots of exciting scenarios, with several twists/turns & a great set of unique characters, settings, etc. to keep track of. This could also make another great children’s fairy tale movie, an animated cartoon, or better yet a mini-TV series. There is no doubt in my mind this is an extremely easy rating of 5 stars.

Oleander Whisper
5.0 out of 5 stars Consider Everyone Before Making A Wish 🧚🏼‍♀️
Reviewed in the United States on 9 June 2021
Verified Purchase
Despite having a treasure trove of princess gowns, crystal tiaras, royal slippers, and a big white horse, Daisy reclines on her golden canopy bed, wishing desperately for the one thing in life she doesn’t have — a mother. After having lost her mother during infancy, her nursemaid and father are the only guardians she’s ever known. When neighboring kingdoms declare war on the castle, Daisy’s father must dangerously lead his army into battle. As her teardrops fall in the castle garden, a small fairy emerges from an enchanted flower to grant her a single wish.

What will she ultimately request? You’ll have to read the book and find out, but this is a story of benevolent gestures and unexpected gifts! The language is simple and straightforward, the dialogue is realistic, the illustrations are appealing, and the length is just right. 👌🏽
Read more
Report abuse

Jbarr5
3.0 out of 5 stars Princess Daisy and her wish
Reviewed in the United States on 27 December 2019
Verified Purchase
Princess Daisy by Mary K. Smith
Starts with table of contents and audible version or paperback copy available.
Story starts out with Daisy and she has her own kingdom.
She's tired of everything it takes to be just a princess and wants to be a mother. Her own had died after she was born.
Her father the king is so busy with fighting wars for the castle, she escapes into the garden near her favorite tree...
The Flower fairy of wishes comes to visit with her and she has only 24 hours to make a wish.
Things change after she is granted her wish, one she did not see coming...
Great ending of treating others and know needs of others and then your dreams will come true.
More works by the author are highlighted at the end.
Read more
One person found this helpful
Report abuse

HappyOne
5.0 out of 5 stars Such A Sweet Little Book For Children!
Reviewed in the United States on 29 February 2016
Verified Purchase
This is a lovely book that tells a story about a young princess named Daisy who has a deep longing wish to have a mother. Daisy's mother died when she was very young and she was left alone to be raised by her father, the king.
Oftentimes when she is alone she would daydream about what it would be like to have a mother there beside her only to later remember the truth - that she didn't have one. During the story her father is called to war with a neighboring kingdom, leaving Daisy to worry about being left even lonelier. She escapes into the castle gardens where she meets a Fairy named Bloom, who offers to grant her one wish. The young princess learns the lesson that even though she desired and longed to have a mother, it is also important to consider others and their needs as well. I was blessed to get to read this book at a discounted price. I am an consumer and not affiliated with an company relating to the book.
Read more
One person found this helpful
Report abuse

Molly Weisser
3.0 out of 5 stars Okay
Reviewed in the United States on 24 February 2016
Verified Purchase
Pros: A very sweet book with a great moral... kinda... though I really wish that the main character didn't put aside her own wishes in order to wish for the safety of a man, even if he is her father. I found that surprising and pretty insipid. Anyway, the pictures are all right, and the writing is pretty good.

Cons: Wow what a short book. People get paid to write this? Dang.

OVERALL:
Product was as described: Yes
Would I purchase from this seller again?: Not unless it's free
Would I recommend to friends and family?: No
Packaging: Stylish and well designed
Graphics and design quality: Okay, not bad.

I received this product for free/discount in exchange for my unbiased and honest review. All of the opinions expressed above are my own alone. I do not hesitate to leave scathing reviews of abysmal products, as you can see from my review history, but by the same token I also give outstanding reviews to outstanding products. I find reviews the most helpful part of shopping on Amazon, and I treat this reviews section with the respect it deserves.
Read more
2 people found this helpful
Report abuse
See all reviews
Back to top
Get to Know Us
Connect with Us
Make Money with Us
Let Us Help You
EnglishChoose a language for shopping.
© 1996-2021, Amazon.com, Inc. or its affiliates