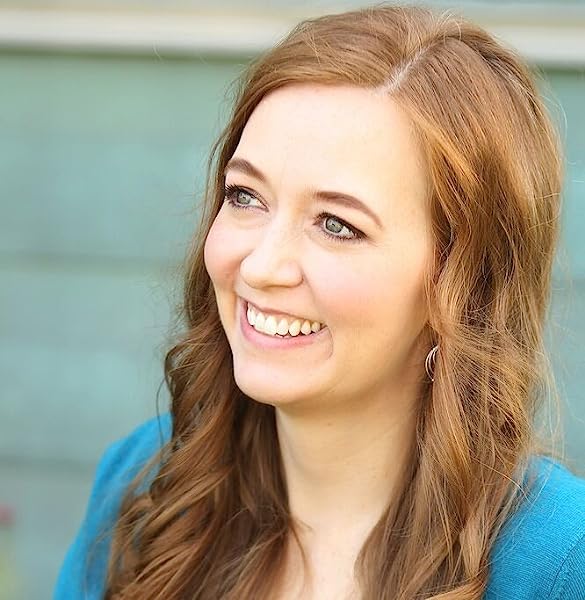 by Shannon Hale (Author), Cynthia Bishop (Narrator)
4.7 out of 5 stars 597 ratings
Book 2 of 3: Princess Academy
See all formats and editions
Sorry, there was a problem loading this page. Try again.
EMI starts at ₹181 per month. EMI starts at ₹181. No Cost EMI available EMI options

Miri returns to Asland and calls upon all of her knowledge of rhetoric and other useful lessons learned at the Princess Academy when she and the other girls face strong opposition while working for a new, fair charter.
Read more
Previous page
Next page

Shannon Hale is the author of six awardwinning young adult novels, including The Goose Girl and the bestselling Newbery Honor book Princess Academy. Austenland (soon to be a major motion picture) was her first book for adults, followed by The Actor and Housewife and Midnight in Austenland. She and her husband cowrote the acclaimed graphic novels Rapunzel's Revenge and Calamity Jack. They live with their four small children near Salt Lake City, Utah.

4.7 out of 5 stars
4.7 out of 5
597 global ratings
How are ratings calculated?
To calculate the overall star rating and percentage breakdown by star, we don’t use a simple average. Instead, our system considers things like how recent a review is and if the reviewer bought the item on Amazon. It also analyses reviews to verify trustworthiness.

Jessie
5.0 out of 5 stars Very Interesting
Reviewed in India 🇮🇳 on 17 August 2020
Verified Purchase
It is a very good book with an exciting plot. I found it very interesting and thrilling. An enjoyable book to read.
Read more
Helpful
Report abuse

E. A. Solinas
5.0 out of 5 stars I need you to believe, Miri, that things can change
Reviewed in India 🇮🇳 on 12 January 2015
A princess has been selected, and all the other girls have gone back to their homes. The end? They lived happily ever after?

Well... not exactly. "Princess Academy: Palace of Stone" picks up where Shannon Hale's first enchanting tale of potential princesshood left off, now with a darker French Revolution-inspired twist. The plot is a bit scattered at times, shifting from rising unrest to the romantic travails of Miri, but it's a powerful little fantasy story with a heroine that is impossible to not like.

All the girls of Mount Eskel are summoned to the palace, so they can attend to Britta before her wedding next spring. But upon arriving, Miri realizes that things aren't going well for Britta's future in-laws -- all the other provinces send mocking tributes, and a person claiming to represent the "shoeless" tries to murder the king. A revolution is brewing because of the king's high taxes, among the poor and rich alike.

And Miri quickly discovers that the people of Asland are not fond of the Mount Eskel people. Though she lives in luxury and attends a fine university, everyone sees her as a bumpkin who is lower than the servants.

Before long she finds herself suspended between the royals and the rebels -- she loves and supports Britta, but she also realizes what the king's callous indifference has done to his country. But when the rebel leaflets start stirring up hatred of Britta -- using Miri's innocent words against her -- Miri realizes that both sides are acting with cruelty she can't support. But how can a humble girl from Mount Eskel stop a revolution?

Writing a sequel to "Princess Academy" is a pretty gutsy move on Shannon Hale's part -- after all, it won the coveted Newbery Award. But she pulls it off nicely with "Princess Academy: Palace of Stone," primarily because it's not the same story all over again. And Miri finds out more about the world -- poverty, corruption, snobbery and cruelty among the nobles. I guess fantasy worlds aren't as different from reality as you think.

In this case, she drew a lot of inspiration from the French Revolution... although thankfully there's a less bloody, happier resolution to the Aslandian conflict. After introducing the rebellion with a bang (literally), Hale winds the dark threads of impending war through Miri's story. As the story goes on, they grow thicker and coarser, until finally there is nothing else to be seen.

The plot is sometimes a little scattered, bouncing between the court and the secret rebel meetings. It only meshes together neatly in the tautly-written climax, which resonates with Miri's voice and inner strength. And Hale's nimble, bright prose and little patches of singsong poetry keep it flowing smoothly as a bolt of silk. And she catches emotions that shine like so many jewels -- the moments of humiliation, of happiness, and occasionally of romance.

Miri is still a lovely and instantly relatable heroine, and she expands in strength and intelligence in this book. As she learns more about life in Asland, she also finds out how nasty it can be -- and her compassion for the shoeless is not diminished by her love for Britta. "We could try to unite nobility and commoners to bring change together," she urges the rebels in one scene, and she works toward that goal for the rest of the book.

She also gets stuck in a love triangle in this book. She and Peder have a slightly awkward romantic relationship, but the wealthy rebel boy Timon also develops a massive crush on her as well. Hale adds little flickers of development to the various people here -- Britta, Lady Sisela, the dull queen and the spoiled cold king -- to keep them from ever seeming flat or simple.

While not quite as tight in places as "Princess Academy," the sequel "Palace of Stone" is a little gem of a fantasy book -- especially since it rests on a bright, strong young heroine. A delightful little book.
Read more
One person found this helpful
Helpful
Report abuse
See all reviews

Sophie C-M
5.0 out of 5 stars Great second to the series!
Reviewed in the United Kingdom 🇬🇧 on 1 April 2014
Verified Purchase
Loved the first, read it about 20 times! The second is perfectly written and I am anticipating the third! Great teen read.
Read more
Report abuse

Cat Hulse
5.0 out of 5 stars Five Stars
Reviewed in the United Kingdom 🇬🇧 on 9 October 2017
Verified Purchase
If you enjoyed the first one, this is just as good!
Read more
Report abuse
See all reviews