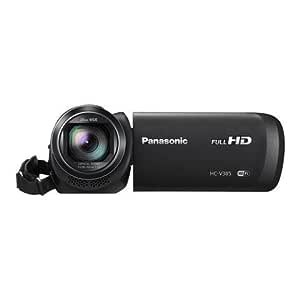 Amazon Delivered
Amazon directly manages delivery for this product. Order delivery tracking to your doorstep is available.
2 Year Warranty
2 years warranty provided by the manufacturer from date of purchase
Only 1 left in stock.
Sold by ANUBHAV SALES and Fulfilled by Amazon.
New (5) from ₹ 21,399.00 + FREE Shipping
› See more product details

Technical Details
Technical Specification
Additional Information
Warranty & Support
Warranty Details: 2 years warranty provided by the manufacturer from date of purchase
Feedback
Would you like to tell us about a lower price?
If you are a seller for this product, would you like to suggest updates through seller support?
Customer Questions & Answers
See questions and answers

3.5 out of 5 stars
3.5 out of 5
9 global customer ratings
How does Amazon calculate star ratings?
Amazon calculates a product's star ratings based on a machine learned model instead of a raw data average. The model takes into account factors including the age of a rating, whether the ratings are from verified purchasers and factors that establish reviewer trustworthiness.

TAMAL BHATTACHARYA
4.0 out of 5 stars Handy,easy to use
Reviewed in India on 1 November 2018
Verified Purchase
Till now nothing
Read more
3 people found this helpful
Helpful
Comment Report abuse

SwordFish
4.0 out of 5 stars This is a great camcorder. Nice and clear HD quality 1080p
Reviewed in India on 12 April 2018
I wasn't necessarily in the market place for a video camera but decided I wanted to record my daughter's last year of club and high school programs and had wished on more than one occasion on our family vacations that I had a standard video cam over my Canon 7D camera which also does HD video. The main issue is that I just didn't want to drop price or more on a kit/setup. I started doing research comparing some of the technology and options, hoping to purchase 'last year's" model to save on cost.

I ultimately set upon the V385 from Panasonic due to the balance in price, optical zoom, wireless ability and size. I used it quite a bit over this past weekend for a tournament sitting well away from the sideline up in the stands.

Firstly, the size and weight of this camera are unbelievable. I guess I've been out of the video cam market for a while but I didn't expect it to be so small and so light. In fact, when it showed up at the door, I didn't think there was any way possible it was the camera. Very light unit but has a great feel to it. For the most part, it is comfortable to hold but dare I say that women with smaller hands will find it more comfortable. My hands are almost too big, not to get through the strap for holding but my longer fingers fall well over the top of the camera which can make it a little difficult to get to the zoom controls. Not a big deal for me, just a note. I also used the camera atop a tilt/pan tripod for easy and smooth tracking o the field.

Setup for the camera was very easy and I was using it in minute or so after unboxing. Dropped in the 128GB card and I had purchased a two-battery pack with a car charger that arrived the day before so I had been charging the batteries. Put the battery in and I was set to go. The control buttons are small but you don't need to access them quickly so size doesn't matter here as much. Screen is a good size, not large but big enough. No viewfinder which I thought could be a problem for me but it wasn't. Operation with the screen open for viewing is the way to go here and was easy to track my target and adjust the zoom distance.

The controls on the zoom are really nice, can zoom quickly or slowly depending on desire. It's nice not to have a jerky or fast zoom in/out for playback. The screen is also a touch screen for changing options or during playback. The screen is 'pretty good' for this but you do have to be deliberate and spot on with your touches for it to register. The touch screen isn't only for buttons but also for sliding to other options, videos, etc.

For the games I was recording, I was set up at the top or the upper half of the covered high school stadium most of the time, once well back at the top of a hill in a chair. This is where the camera really shined. The optical zoom on this camera is incredible, truly. I'm not sure if it's because I have low expectations or because it's that good but .... it's that good. My ability to zoom in on my daughter from that distance, to the point where her entire head could fit in the screen clearly was amazing. I actually found the zoom to be far more than I needed and I was often too close and had to zoom out to capture more of the field. You won't be disappointed in this area, I don't see how you could be..

I have had NO issues with battery life so far. In one day I recorded two one hour games including warm ups, off and on, probably a total of 40 minutes each game and didn't use more than maybe 1/3 of the battery. It was the first charge on the batter though and I expect they won't be as good as time goes on.

I hooked the camera up to my 55" TV after getting back home and it was easy to do with the included HDMI cable. Using playback controls were a bit of a hassle on the touch screen and I didn't try using my TV controls. Will try that at a later date. Going to check to see if a remote may be available for purchase.

This camcorder also has twin-cam abilities which I didn't play with but it would be nice for doing video reviews. It also has wireless link support with your iPhone. I did test this out and it worked really well but didn't use it during video of the game as I had the camcorder mounted on a tripod for panning easily and didn't need to remotely control it. Seems like it would work relatively well however if you had a fixed record location and simply needed to zoom or record as needed.

In summary, I would MOST CERTAINLY recommend this camera for anyone wanting to film outdoor sporting events of their children or general use. I didn't test the single picture mode nor indoor filming so I can't speak to how it would do in lower light situations. The optical zoom along with the price makes this a great purchase and I'd purchase it again without a second thought. I'm glad my research paid off in this case.