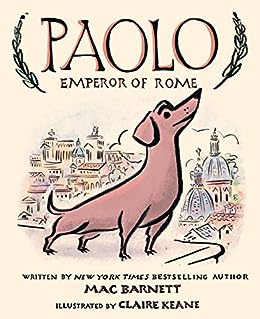 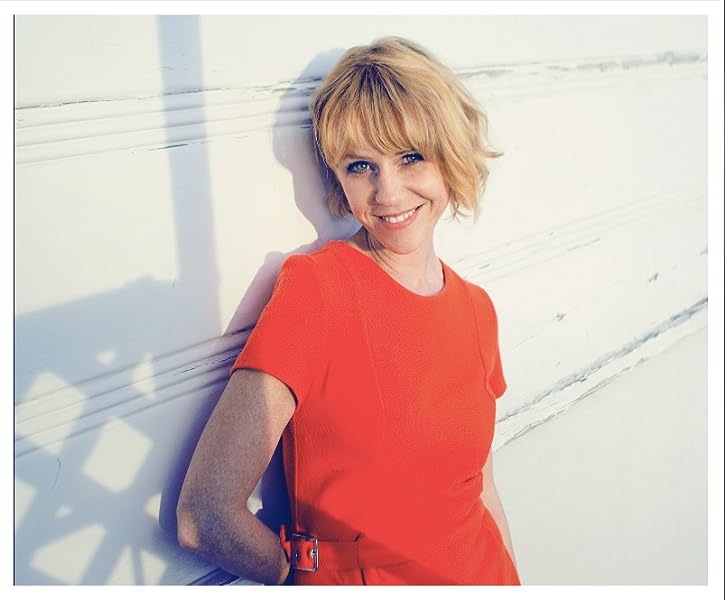 **STARRED REVIEW**.
"Both Keane's art and Barnett's plucky hero give the big city of Rome an exciting and inviting feel, making it a delightful adventure for readers and travelers of all ages."-- "Shelf Awareness"

"Joyful...Claire Keane's illustrations evoke the noise and vitality of Rome at its most rewarding. [A] charmer."-- "Wall Street Journal"

"In a single day, Paolo wins over the dogs of Rome, its people, and the pope; he'll just as easily endear himself to readers." -- "School Library Journal"

"Readers will be endeared to Paolo instantly, with his lust for life and pluckiness in the face of adversity. Barnett's text is simple but imbued with a sense of dramatic beauty and humor. Keane's illustrations recall gorgeous pastel crayons swept across the page, capturing the elegance of Rome and the charm of the adorable pooch at the heart of the story."-- "Booklist" --This text refers to the hardcover edition.

Mac Barnett is the coauthor of the Terrible Two series and the author of many picture books, which have won multiple Caldecott Honors. Claire Keane studied graphic design in Paris before moving to Los Angeles, where she worked at Walt Disney Feature Animation for 10 years and contributed to Frozen, Tangled, Enchanted, and many other films. She now lives in Venice Beach, California, where she writes and illustrates children’s books.
--This text refers to the hardcover edition.

4.7 out of 5 stars
4.7 out of 5
69 global ratings
How are ratings calculated?
To calculate the overall star rating and percentage breakdown by star, we don’t use a simple average. Instead, our system considers things like how recent a review is and if the reviewer bought the item on Amazon. It also analyses reviews to verify trustworthiness.
Top reviews

Amazon Customer
4.0 out of 5 stars Beautifully illustrated!
Reviewed in Canada on 22 February 2021
Verified Purchase
I am a proud dachshund owner so I was naturally drawn to this book. The illustrations are so beautifully done and fun for both kids and adults. I loved the Rome concept, as I've previously travelled to Rome before. A lot of the details in the book actually took me back (like the cats in the runes). I was kinda hoping Paolo would've found a new owner that enjoyed travelling or give him the attention he deserved at the end. It was left up in the air. But overall it was well done!
Read more
Report abuse

Threelittlebees
5.0 out of 5 stars Love!
Reviewed in the United States on 5 April 2020
Verified Purchase
My 7 yr old loves this book. I love that he wants to read it himself. The story is endearing. My son says his favorite thing is that he believes Paolo is striving to live his best life and not settle for nos. He looks for opportunity
and doesn't let things get in his way.
How can I not love that? This book is a winner in our home.
Read more
3 people found this helpful
Report abuse

analyzethis
5.0 out of 5 stars So fun
Reviewed in the United States on 26 April 2020
Verified Purchase
This is a great book to enjoy and to share with any children in your environment. My Mom loved reading it to her great-granchildren.
Read more
2 people found this helpful
Report abuse

Becky Rhinehart
5.0 out of 5 stars Wonderful book!
Reviewed in the United States on 7 May 2020
Verified Purchase
Children love this book. The illustrations are fabulous.
Read more
2 people found this helpful
Report abuse
See all reviews
Back to top
Get to Know Us
Connect with Us
Make Money with Us
Let Us Help You
EnglishChoose a language for shopping.
© 1996-2021, Amazon.com, Inc. or its affiliates