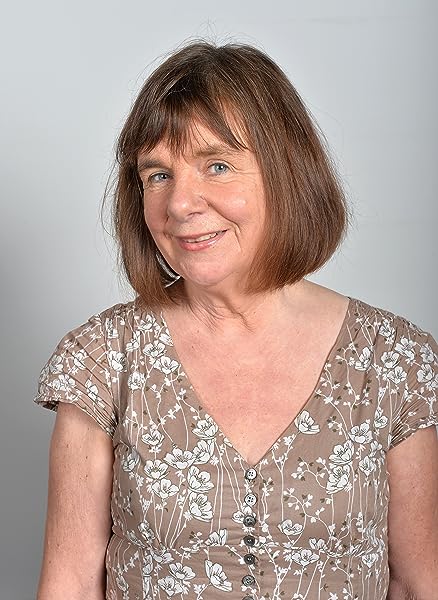 Cashback (3): 5% back with Amazon Pay ICICI Bank Credit card for Prime-members. 3% back for everybody else See All
No Cost EMI: Avail No Cost EMI on select cards for orders above ₹3000 Details
Bank Offer: 5% Instant discount with HSBC Cashback card Details
Partner Offers: Get GST invoice and save up to 28% on business purchases. Sign up for free Details
See 2 more
10 Days Replacement Only
Amazon Delivered
No-Contact Delivery
Amazon Delivered
Amazon directly manages delivery for this product. Order delivery tracking to your doorstep is available.
No-Contact Delivery

A picture book that seems simple but gets richer every time you look at it . . . Cobb's illustrations capture the joy of childhood; between them, she and the Children's Laureate have made a book that works like magic. -- Nicolette Jones, The Sunday Times Published On: 2014-01-30

The Paper Dolls was picked as a top summer read in the Metro. The selectors included George Hanratty from Tales on Moon Lane bookshop and Katherine Woodfine from BookTrust., metro.co.uk Published On: 2013-07-01

Rebecca Cobb's beautifully drawn and colourful illustrations are absolutely charming . . . I don't want to spoil the ending, but I can say that the inherent message of the story, that nothing is truly destroyed once it becomes a memory, left us both feeling surprisingly contented!, muffandteacake.co.uk Published On: 2014-02-24

Julia Donaldson has written some of the world's best-loved children's books, including modern classics The Gruffalo and The Gruffalo's Child, which together have sold over 17 million copies worldwide, and the hugely successful What the Ladybird Heard adventures. Julia also writes fiction, including the Princess Mirror-Belle books illustrated by Lydia Monks, as well as poems, plays and songs – and her brilliant live shows are always in demand. She was the UK Children’s Laureate 2011-13 and has been honoured with a CBE for Services to Literature. Julia and her husband Malcolm divide their time between West Sussex and Edinburgh.

Rebecca Cobb is a rising star in children's picture books. Since graduating from Falmouth College of Arts in 2004, she has illustrated for many clients including Guardian Guide, Guardian Weekend magazine, The Independent and Waitrose Food Illustrated. Rebecca has collaborated on two picture storybooks with the Orange-Prize winner Helen Dunmore, both set in her native Cornwall. In addition, Rebecca's stunning illustrations accompanied Julia's Donaldson's wonderfully lyrical story in The Paper Dolls and The Everywhere Bear. In 2011 Macmillan published Rebecca's debut solo project, the hugely accomplished Missing Mummy which approached the subject of child bereavement with great honesty, sensitivity and integrity. Lunchtime is Rebecca's second solo picture book, and although wholly different in subject matter from her first, features the same stunning illustration style and child-friendly voice. Aunt Amelia, Rebecca Cobb's third picture book, is every bit as warm, engaging and original as her existing books, and is sure to continue to establish her as a real 'one to watch'.

4.8 out of 5 stars
4.8 out of 5
1,231 global ratings
How are ratings calculated?
To calculate the overall star rating and percentage breakdown by star, we don’t use a simple average. Instead, our system considers things like how recent a review is and if the reviewer bought the item on Amazon. It also analyses reviews to verify trustworthiness.

RACHANAS
5.0 out of 5 stars Awesome story
Reviewed in India on 7 December 2016
Verified Purchase
Initially I but unsure if my 34months old daughter will understand & appreciate the story or the illustrations. But to my surprise she loved the book & could easily connect with the characters & the lines written it it. The illustration is beautiful and so much similar to what lil kids might colour with crayons. I found the lil girl in the book very cute. The drawings & pictures are colourful& beautiful.
One of the best part of the book is it is quite a big story which makes even worth to buy it. The quality of the book is great. And the delivery was quick enough. This book have a art-craft concept in the story & im sure any kid would love that thing. I loved the book & looking forward to buy some more of the same author & publishers.
Read more

5.0 out of 5 stars Awesome story
By RACHANAS on 7 December 2016
Initially I but unsure if my 34months old daughter will understand & appreciate the story or the illustrations. But to my surprise she loved the book & could easily connect with the characters & the lines written it it. The illustration is beautiful and so much similar to what lil kids might colour with crayons. I found the lil girl in the book very cute. The drawings & pictures are colourful& beautiful.
One of the best part of the book is it is quite a big story which makes even worth to buy it. The quality of the book is great. And the delivery was quick enough. This book have a art-craft concept in the story & im sure any kid would love that thing. I loved the book & looking forward to buy some more of the same author & publishers.

Abhijeet G
5.0 out of 5 stars Lovely story and drawings
Reviewed in India on 27 July 2020
Verified Purchase
It’s a beautiful story. Preschoolers might not get the full import of it but it’s engaging for them nevertheless. The drawings are beautiful, done in the style of water colours.
Read more
3 people found this helpful
Helpful
Report abuse

Pooh
5.0 out of 5 stars Must buy book
Reviewed in India on 28 May 2020
Verified Purchase
I had ordered this for my 4 yo daughter after seeing the ratings but thought it would be like any other story book..
But when I read it to my daughter,I couldn't stop my tears.. How can one illustrate such a deep thought in such a simple way..
Must buy book.. It will touch your soul.
Read more
3 people found this helpful
Helpful
Report abuse

Amazon Customer
5.0 out of 5 stars Absolutely adorable story
Reviewed in India on 27 July 2017
Verified Purchase
Its my favorite book of my child's 😊 Its a story about craft ideas passed down from mom to her kid to hers.. thats what made the story feel soo adorable to me.. i made paper dolls for my kid after reading this story and its her most priced possession ❤️
Read more
2 people found this helpful
Helpful
Report abuse

megha bharadwaj
5.0 out of 5 stars A lovely, meaningful book
Reviewed in India on 8 December 2018
Verified Purchase
Great story which is so close to life. Great illustrations. Lovely to read to your children. My daughter is in love with it!
Read more
Helpful
Report abuse

With first order from Amazon, got almost an old looking book, when returned and reordered, got a brand new looking book.

Vardhani C.
5.0 out of 5 stars Taught my daughter to pretend play
Reviewed in India on 4 March 2020
Verified Purchase
That the paper dolls are together no matter what
Read more
Helpful
Report abuse

Kristy L.
5.0 out of 5 stars Book to help with loss
Reviewed in the United Kingdom on 3 August 2019
Verified Purchase
I love this book as it is helpful to try and explain loss to children. I have bought it for my nephew to help with losing his grandad and my son to try and discuss losing one of his little friends who was terminally ill. It describes losing the paper dolls but how they live on in your memory and dreams. Can bring you to tears when reading it if you are grieving, but a lovely way of discussing loss with little ones.
Read more
12 people found this helpful
Report abuse

Katie
5.0 out of 5 stars My favourite Julia Donaldson book
Reviewed in the United Kingdom on 14 May 2016
Verified Purchase
Love it! My daughter loves it too! She is almost two, and goes round singing the song. Made my cry the first time I read the part about the dolls flying into the little girl's memory
"where they found white mice and fireworks,
and a starfish soap,
and a kind granny,
and the butterfly hair slide,
and more and more lovely things each day, and each year."

It would be a lovely gentle way of introducing the subject of loss too, although not obvious to young children, I certainly got the message!

Shell
5.0 out of 5 stars An emotionally charged and satisfying read
Reviewed in the United Kingdom on 8 March 2019
Verified Purchase
Although not written in Julia Donaldson's usual style, this is my absolute favourite book of hers so far. If you are a fan of Julia and the many fun rhyming books she has written (The Gruffalo and Room on the Broom to name but a few), this book will surely come as a surprise to you (it certainly did to me).

This is a tale about the innocent and creative imagination of a little girl playing with the paper dolls her mum has helped her to make. Great, right? However, there is an incident in the middle of the story involving a boy, the paper dolls and a pair of scissors. I don't really need to say any more than that. Do not be disheartened; the book has a happy ending.

The Paper Dolls is an emotionally charged and satisfying read; it is a book about childhood, family and memories.
Read more
7 people found this helpful
Report abuse

Manchester_Mum
5.0 out of 5 stars Definitely a book every child should read
Reviewed in the United Kingdom on 11 January 2020
Verified Purchase
This is hands down one of my 3 year olds favourite books. She loves that catchy rhyme, and the story. She shows empathy for the little girl when the boys ‘snips they dolls’ she doesn’t fully grasp the little girls memory where the sweet old granny is yet (I was not expecting that by the way, I actually got a bit teary the first time I read it) but she often now wants to make paper dolls and gives them names. It’s just a book that needs to be in every child collection.
Read more
5 people found this helpful
Report abuse

Gruffalo's Mum
5.0 out of 5 stars Lovely story and great illustrations
Reviewed in the United Kingdom on 4 December 2016
Verified Purchase
I think this is my favourite of Julia Donaldson's books. The story is simply lovely and a great way of helping children to understand that memories live on long after physical things - or people - are no longer with us. Beautifully illustrated, too. I buy this for all my friends' children. Parts of the rhyme are also very memorable.
Read more
15 people found this helpful
Report abuse
See all reviews
Unlimited FREE fast delivery, video streaming & more
Prime members enjoy unlimited free, fast delivery on eligible items, video streaming, ad-free music, exclusive access to deals & more.
> Get started
Back to top
Get to Know Us
Connect with Us
Make Money with Us
Let Us Help You
EnglishChoose a language for shopping.
© 1996-2021, Amazon.com, Inc. or its affiliates