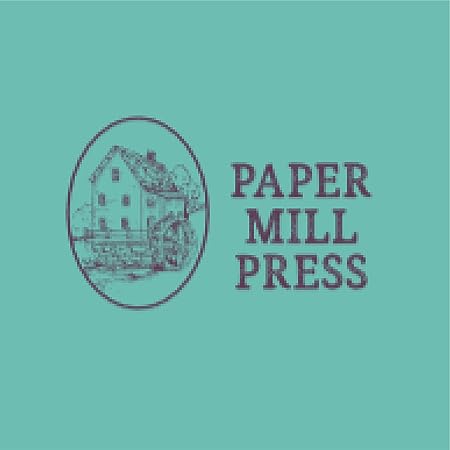 Paper Mill Press is proud to present a timeless collection of unabridged literary classics to a twenty-first century audience. Each original master work is reimagined into a sophisticated yet modern format with custom suede-like metallic foiled covers. 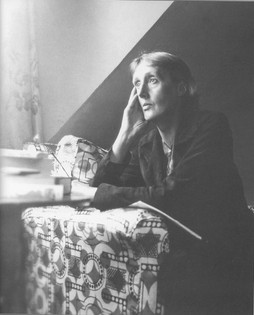 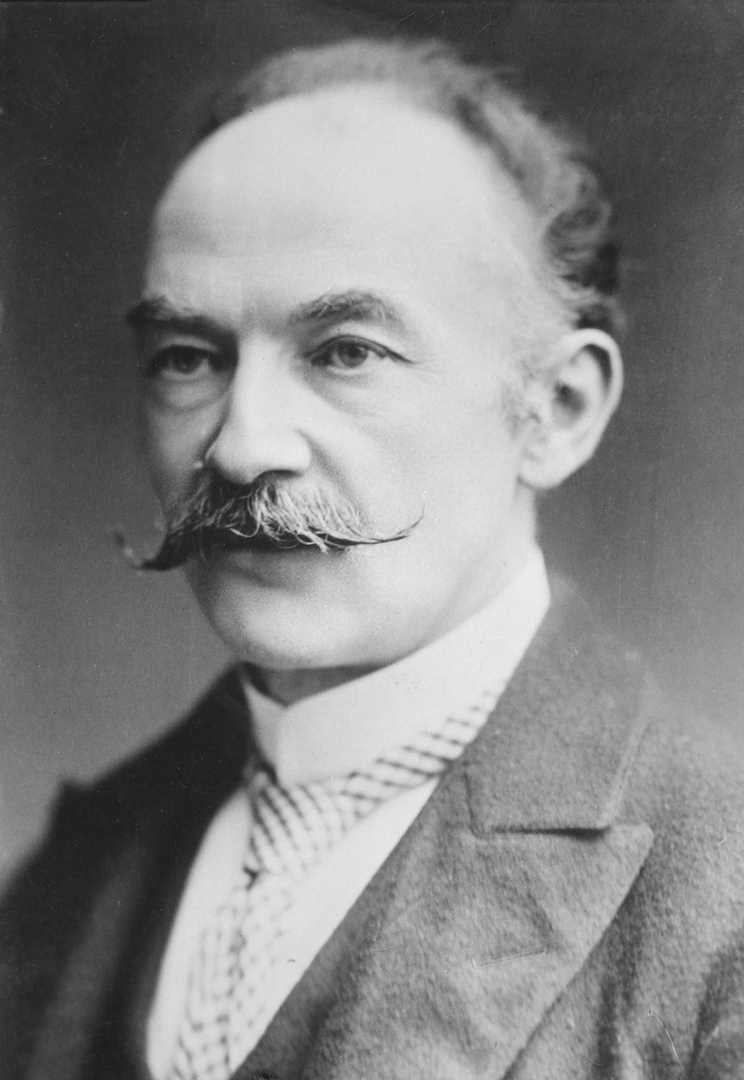 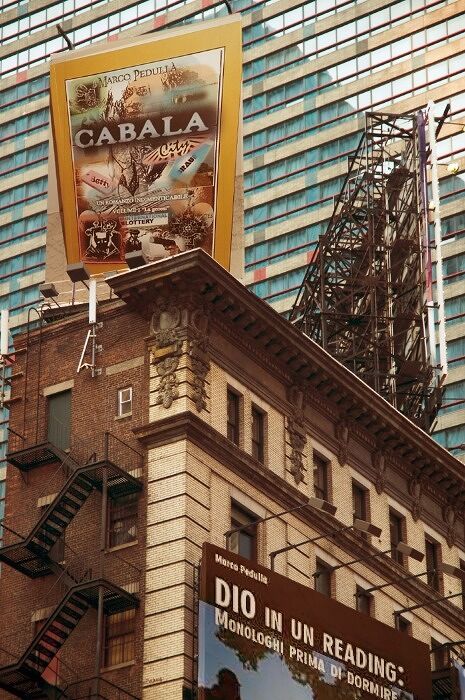 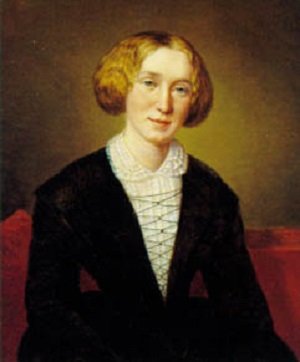 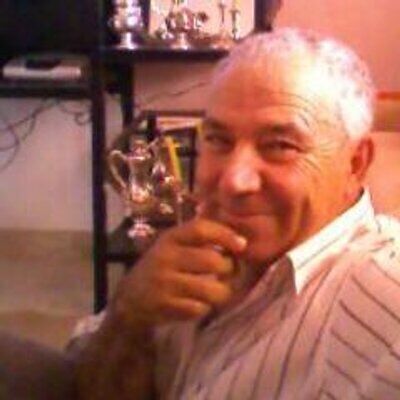 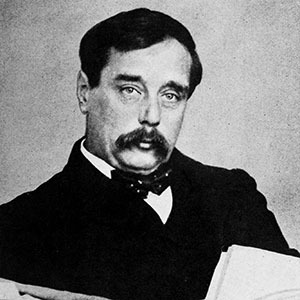 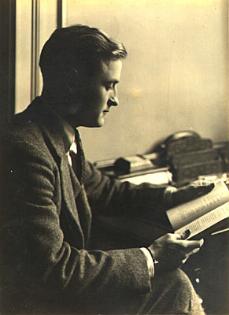 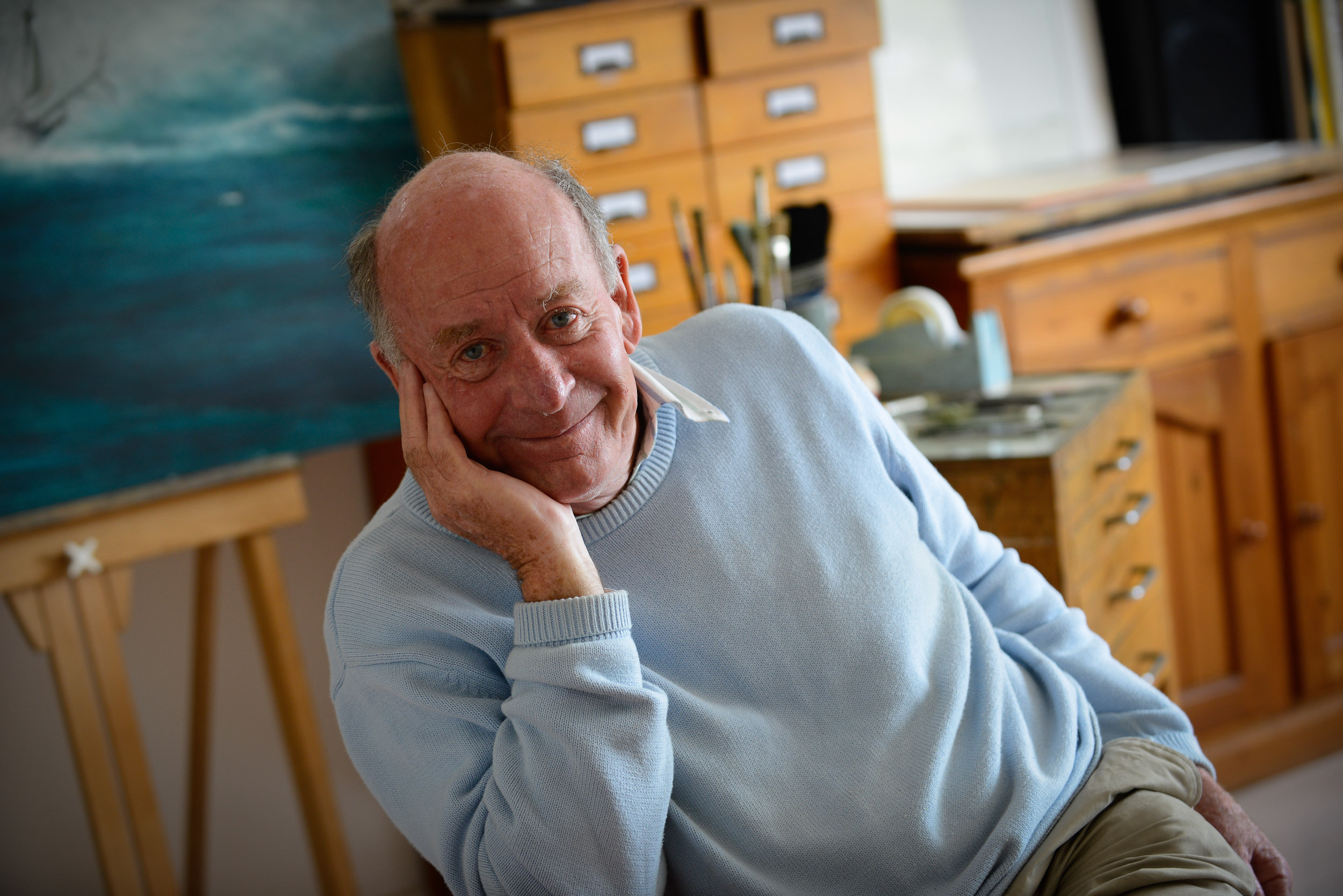 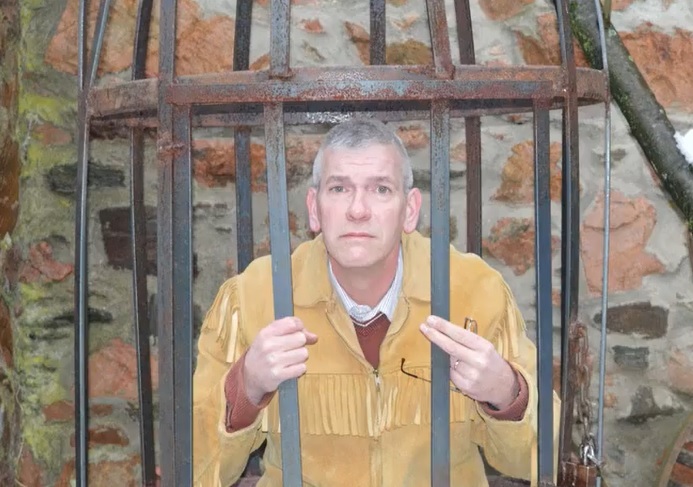 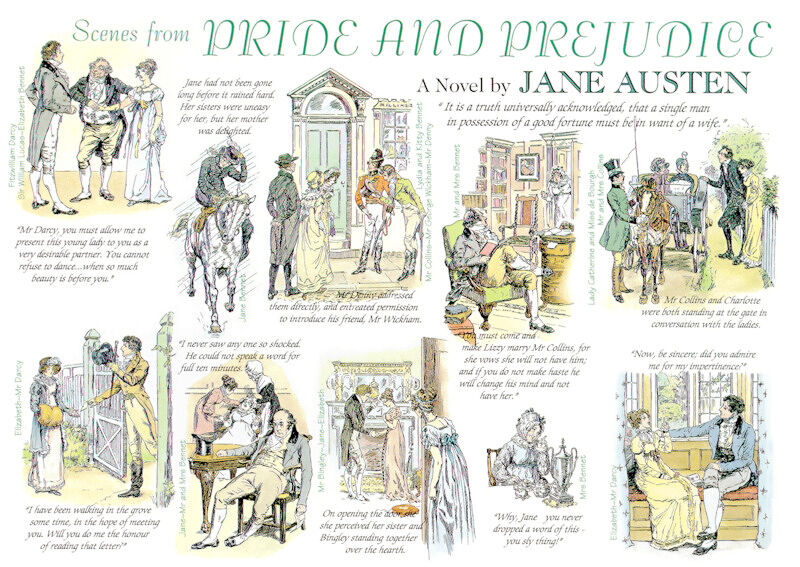 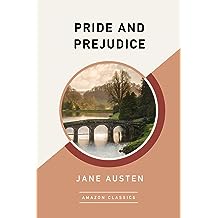 Love is in the air when five sisters discover that a wealthy and eligible bachelor is suddenly within reach. But it is his friend, the haughty Mr. Darcy, who becomes smitten. Unfortunately for him, the object of his affection is not so easily swayed.

One of the most popular characters in English literature, Elizabeth Bennet is intelligent, witty, well-spoken and ahead of her time. If the terrible rumors about Mr. Darcy are true, he doesn’t stand a chance. Yet not all gossip is to be believed when marriage, money, and reputations are on the line. Will Elizabeth and Mr. Darcy circumvent her haste, his ego, and society’s expectations to find love? 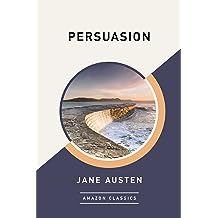 Seven years ago, Anne Elliot broke off her engagement to Captain Frederick Wentworth, convinced that marrying a man without money or status would be a grave mistake. Now, she is past her prime and single at twenty-seven. But when the estranged paramours reconnect through a couple renting the Elliot family estate, Anne discovers she may have another shot at romance—this time, on her terms.

Part fairy tale, part social commentary, Jane Austen’s novel delivers not only her signature warmth and wit but perhaps her most mature and relatable heroine. Persuasion remains true to Austen’s form in being ahead of its time, arguing that where there is love, there is happiness—even in the most impractical of unions. 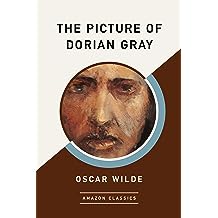 In the wealthy and vain hedonist Dorian Gray, London painter Basil Hallward has found his muse. Only when the portrait of Dorian begins to age, while the man himself remains untouched by time, do they realize they may have made a deal with the devil.

Oscar Wilde’s only novel takes a witty, philosophical, and harrowing look at our obsession with youth and the price we pay for it. 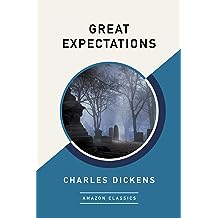 Raised in squalor in the marsh country of Kent, the orphan Pip is taken under the wing of the eccentric and reclusive Miss Havisham—only to blindly give his heart to the dowager’s beautiful but ice-cold adopted daughter, Estella. Even as a mysterious benefactor helps to shape Pip’s life into one of fortune, success, and self-discovery, the unspeakable secrets of his unrequited love continue to haunt him—and promise to change his life once again. 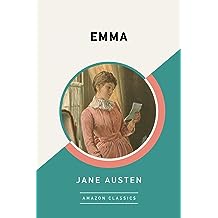 Charming, rich, and clever, heiress Emma Woodhouse has no need for an occupation—or a husband. Still, she considers herself quite skilled at matchmaking. Although her dear friend Mr. Knightley advises against it, there is nothing that she enjoys more than entangling herself in the romantic lives of others. But when one of her well-intentioned plans goes awry—as Mr. Knightley rightly predicted—Emma must face the consequences of her meddling.

The delightfully imperfect Emma and her Mr. Knightley have captured the hearts of generations of readers. A lively comedy of manners that has been adapted several times for the screen, Emma is the last work Jane Austen lived to see published. 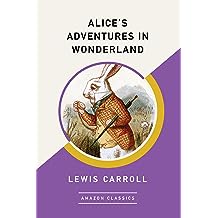 On a drowsy afternoon by a riverbank, a young and distracted Alice follows a rabbit into a fantastical underground world that grows curiouser and curiouser. Dared, insulted, amused, and threatened by a succession of anthropomorphic creatures, the indomitable Alice falls deeper into a swirl of the imagination where logic has no place.

Referenced, resourced, analyzed, and embraced since its publication in 1865, Carroll’s masterpiece of the irrational has inspired such varied artists as Walt Disney, Marilyn Manson, Jerome Kern, James Joyce, and Tim Burton. It stands as one of the most extravagantly and ingeniously absurd works in the English language. 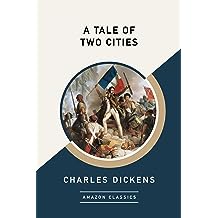 Charles Darnay is a French noble falsely accused of treason. Sydney Carton is a self-loathing junior barrister enlisted to defend him. Between them is a shared love for the daughter of a former Bastille prisoner. Soon, their interlocking fates will be decided, as the French Revolution is ignited and the Reign of Terror begins.

Charles Dickens’s belief in renaissance is borne out in this epic novel—as cities are overthrown and transformed, as cynics become selfless heroes, and as a “recall to life” becomes not only possible but necessary, for the individual and for society. 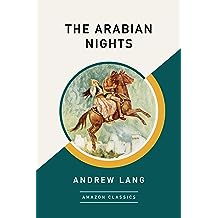 The vengeful King Schahriar agrees to stave off the execution of Queen Scheherazade until she finishes a particularly compelling story. Her plan? Bleed one tale into another. Through fanciful histories, romances, tragedies, comedies, poems, riddles, and songs, Scheherazade prolongs her life by holding the king’s rapt attention.

With origins in Persian and Eastern Indian folklore, the stories of The Arabian Nights have been reworked, reshaped, revised, collected, and supplemented throughout the centuries by various authors and scholars—and are continually redefined by the modern translations of the Western world. 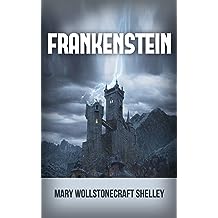 - Frankenstein - 29 Mar, 2004
by Mary Wollstonecraft Shelley
( 12,218 )
₹ 0.00
Frankenstein; or, The Modern Prometheus is a novel written by the English author Mary Wollstonecraft Shelley that tells the story of a young science student Victor Frankenstein, who creates a grotesque but sentient creature in an unorthodox scientific experiment. Shelley started writing the story when she was 18, and the first edition of the novel was published anonymously in London in 1818, when she was 20. Shelley's name first appeared on the second edition, published in France in 1823.

Shelley traveled through Europe in 1814, journeying along the River Rhine in Germany with a stop in Gernsheim which is just 17 km (10 mi) away from Frankenstein Castle, where, two centuries before, an alchemist was engaged in experiments. Later, she traveled in the region of Geneva (Switzerland)—where much of the story takes place—and the topic of galvanism and other similar occult ideas were themes of conversation among her companions, particularly her lover and future husband, Percy Shelley. Mary, Percy, Lord Byron and John Polidori decided to have a competition to see who could write the best horror story. After thinking for days, Shelley dreamt about a scientist who created life and was horrified by what he had made; her dream later evolved into the novel's story.

Frankenstein is infused with elements of the Gothic novel and the Romantic movement, and is also considered to be one of the earliest examples of science fiction. Brian Aldiss has argued that it should be considered the first true science fiction story because, in contrast to previous stories with fantastical elements resembling those of later science fiction, the central character "makes a deliberate decision" and "turns to modern experiments in the laboratory" to achieve fantastic results. It has had a considerable influence in literature and popular culture and spawned a complete genre of horror stories, films and plays.

Since the novel's publication, the name "Frankenstein" has often been used to refer to the monster itself, as it is in the stage adaptation by Peggy Webling. This usage is sometimes considered erroneous, but usage commentators regard it as well-established and acceptable. In the novel, the monster is identified by words such as "wretch", "creature", "monster", "demon", and "it". Speaking to Victor Frankenstein, the wretch refers to himself as "the Adam of your labours", and elsewhere as someone who "would have" been "your Adam", but is instead "your fallen angel." 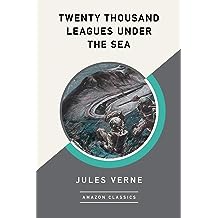 In 1866, sightings of a legendary sea monster prompt a daring expedition out of New York City. Professor Pierre Aronnax, his servant Conseil, and whaler Ned Land are among the crew of the United States Navy frigate Abraham Lincoln. Though they are fearless, nothing prepares them for the “creature” itself—the Nautilus—a powerful, destructive submarine years ahead of its time. At the helm of the vessel is the brilliant Captain Nemo, who pulls the men deep into the wonders of the seas and the dark depths of his mind.

Regarded as one of the great adventure novels of all time, Jules Verne’s prophetic masterpiece, republished here in Lewis Page Mercier’s translation, is at once an enthralling underwater quest and a tale of isolating madness. 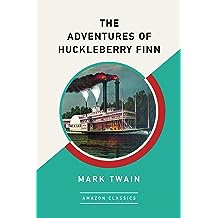 Refusing to be civilized by Southern society or cowed by his drunken father’s lashings, young Huckleberry Finn decides he has only one option left: fake his own death and hop a raft down the Mississippi River. Instead of carrying him far from trouble, though, Huck’s raft delivers him to a place of moral uncertainty.

Mark Twain unwinds Huck’s harrowing journey to manhood with satirical wit, revealing the troubled history of the American South, where slavery held sway long after the Civil War ended. Huck’s relationship with runaway slave Jim forces him to confront his beliefs about friendship and freedom. 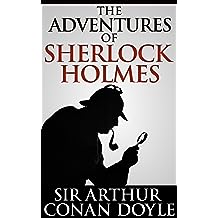 - III. A Case of Identity

- VI. The Man with the Twisted Lip

- VII. The Adventure of the Blue Carbuncle

- VIII. The Adventure of the Speckled Band

- IX. The Adventure of the Engineer’s Thumb

- X. The Adventure of the Noble Bachelor

- XI. The Adventure of the Beryl Coronet

- XII. The Adventure of the Copper Beeches