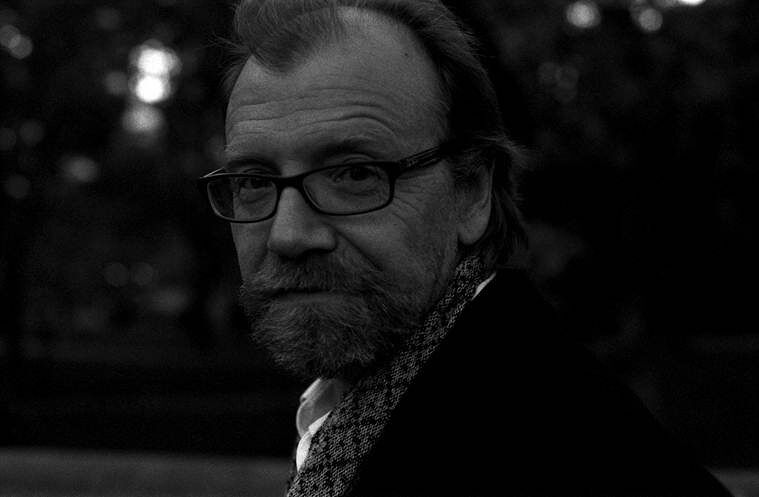 by George Saunders (Author)
4.4 out of 5 stars 259 ratings
See all formats and editions
Sorry, there was a problem loading this page. Try again.
FREE delivery: July 16 - 23 Details
EMI starts at ₹393 per month. EMI starts at ₹393. No Cost EMI available EMI options

In both his acclaimed debut, CivilWarLand in Bad Decline, and his second collection, Pastoralia, George Saunders imagines a near future where capitalism has run amok. Consumption and the service economy rule the earth. The Haves are grotesque beings, mutilated by their crass desires and impossible wealth. The Have Nots are no less crippled, both emotionally and physically, by their inferior status. It's a kind of Westworld scenario, but instead of robots, the serving wenches, bellboys, and extras are real people, all of them mercilessly indentured by the free market.

Sounds like bleak stuff, doesn't it? Yet Saunders handles his characters with grace and humor. In the title story, for example, a couple occupies a squalid corner of a human zoo, where they act out a parody of caveman times, communicating in grunts and hand motions (speaking is instantly punishable by the Orwellian management) and conducting their lives during 15-minute smoke breaks. In "Winky," a born loser (really, all of Saunders's characters are born losers) visits a self-help seminar, where he's encouraged to rid himself of all those people who are "crapping in your oatmeal." Exhilarated at the prospect of dumping his simple, crazy-haired, religion-besotted sister, he returns home to the bleak discovery that he needs her as much as she needs him. The protagonist of "Sea Oak" works as a stripper in an aviation-themed restaurant and lives next to a crack house with his unemployed sisters, their babies, and a sweet old maid of an aunt. The aunt dies, and then returns from the grave--not so sweet, now, and still decomposing--with strange powers and a sobering message:

You ever been in the grave? It sucks so bad! You regret all the things you never did. You little bitches are going to have a very bad time in the grave unless you get on the stick, believe me!

The characters and situations in the rest of Pastoralia are equally wretched. But Saunders rescues them from utter despair with a loving belief in the triumph of the human spirit: yes, things can always get worse, but worse is better than the cold dirt of the grave. And in the small space between wretchedness and death there is plenty of room for laughter, and even love. --Tod Nelson

In his new collection, Saunders's tales cover larger, more exciting territory, with an abundance of ideas, meanings and psychological nuance. Saunders can be brutally funny, and the better his stories are, the more melancholic, somber and subtle they are, too. -- The New York Times Book Review, Lynne Tillman

George Saunders's political novella The Brief and Frightening Reign of Phil was published by Riverhead Trade Paperbacks in September 2005. He is also the author of Pastoralia and CivilWarLand in Bad Decline, both New York Times Notable Books, and The Very Persistent Gappers of Frip, a New York Times children's bestseller. In 2000, The New Yorker named him one of the "Best Writers Under 40." He writes regularly for The New Yorker and Harper's, as well as Esquire, GQ, and The New York Times Magazine. He won a National Magazine Award for Fiction in 2004 and his work is included in Best American Short Stories 2005. He teaches at Syracuse University.
Read more

Start reading Pastoralia on your Kindle in under a minute.

4.4 out of 5 stars
4.4 out of 5
259 global ratings
How are ratings calculated?
To calculate the overall star rating and percentage breakdown by star, we don’t use a simple average. Instead, our system considers things like how recent a review is and if the reviewer bought the item on Amazon. It also analyses reviews to verify trustworthiness.
Top reviews

Jade
4.0 out of 5 stars Bold, funny, unconventional work - read it to have your mind boggled!
Reviewed in the United Kingdom on 13 March 2018
Verified Purchase
A very well written and highly amusing, clever book, and a great introduction to Saunders' work, which I had never read before this. The title story is definitely the best, and the book is worth buying just to read it - I am a writer myself and was left completely in awe (and completely envious) when I tried to wrap my head around Saunders' technique. The other stories never quite lived up to Pastoralia, some of them felt as if they needed to be fleshed out or developed a little deeper, but they are still very enjoyable to read. I was extremely impressed by Saunders' boldness and ingenuity, and look forward to reading more of his work.
Read more
One person found this helpful
Report abuse

jennylessin
5.0 out of 5 stars Speedy
Reviewed in the United Kingdom on 2 May 2019
Verified Purchase
As described
Read more
Report abuse

Ami
5.0 out of 5 stars Often funny and sometimes heartbreaking short stories, recommended!
Reviewed in Canada on 14 May 2021
Verified Purchase
I really enjoyed this assortment of short stories. Many are messed up! The first novella points a jarring finger at workplace politics and busy-work, but in a fun/creative way. There's also a very memorable short about a dead poor woman who comes back from her gave to "haunt" her family. She pushes them to move up in the world economically, all while she is in a state of denial regarding her body's increasing state of decay. This story managed to be funny and heart breaking.
Read more
Report abuse
See all reviews
Back to top
Get to Know Us
Connect with Us
Make Money with Us
Let Us Help You
EnglishChoose a language for shopping.
© 1996-2021, Amazon.com, Inc. or its affiliates