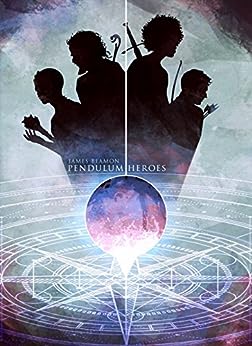 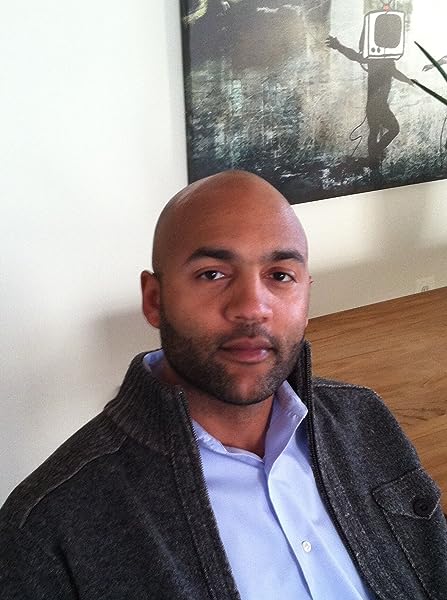 by James Beamon (Author) Format: Kindle Edition
See all formats and editions
Sorry, there was a problem loading this page. Try again.

Melvin Morrow has become a barbarian warrior maiden. Will he be able to escape this new, dangerous world and the chainmail bikini he foolishly chose as his armor or will he and his friends be stuck living their lives as their game avatars?

Melvin's a black teenage boy not used to being ogled or the real world consequences of wearing a steel bikini. But the real world has shifted... him, his friends Jason and Rich, and his big brother Mike are stuck in character, in a place where danger doesn't lurk because it prefers to boldly stride out in the open.

Mages import game players like Melvin via the Rift Pendulum. The reason: the work's suicidal and pendulum heroes are insanely powerful. Usually. Melvin and his friends can be, too, if they're in the right emotional state to trigger into character. Melvin's a one-man, uh, one warrior maiden army when he's angry but anger's hard to find with all that mortal danger striding around everywhere.

It couldn’t get worse. Melvin's best friend Jason isn't even human and, thanks to this dangerous world and its axe-wielding inhabitants, quickly becomes not even an archer. His other friend Rich is 15 going on 50 now that he's in an old mage's body complete with untameable gray beard. Melvin's brother Mike looks like a chupacabra and he's really pissed about that.

The road back home's at the end of a suicidal quest. Melvin better find something to rage about... because being genre-savvy only gets you so far.

Pendulum Heroes, James Beamon's debut novel, is an adrenaline fueled adventure for anyone who's spent a little too much time on the character creation screen instead of playing the game, those of us who have thought just how godmode we'd be with mage power, but mostly it's for all of us who have wondered who the heck installs a portal to another world in a wardrobe. Fans of Ernest Cline and Scott Meyer better be prepared to fall in love with a new series..

4.2 out of 5 stars
4.2 out of 5
10 global ratings
How are ratings calculated?
To calculate the overall star rating and percentage breakdown by star, we don’t use a simple average. Instead, our system considers things like how recent a review is and if the reviewer bought the item on Amazon. It also analyses reviews to verify trustworthiness.
Top reviews

Kindle Customer
4.0 out of 5 stars Friends go on a quest
Reviewed in Australia on 11 June 2019
Verified Purchase
The 'In-game' universe is almost convincing. Almost, because the characters motivations didn't quite ring true.
The cast have both thier in-game and their real characters, casting dimensioned characters is hard enough without compounding the difficulty.
I like fantasy and SciFi it seems to me it misses both of those boats but for all that its not a bad read.
Read more
Report abuse

JessicaR
4.0 out of 5 stars Moderately funny, good action
Reviewed in the United States on 26 May 2019
Verified Purchase
The funny in this book tends to be somewhat circumstantial rather than a real comedy (like the description implies) and most of the ongoing jokes are at the expense of the male character (Melvin) who decided on a female avatar when his best friend talked him into playing - he really couldn't take it so seriously as it wasn't his idea. If you are a real feminist you will find some of the jokes annoying, if you laugh at guys' high-school jokes then you too will get a good laugh (can Melvin get PMS if he is a female character?) On the other hand - the character is only 16 so it's pretty consistent that some of the jokes are rather juvenile.
The action comes fast, the fight scenes are exciting, and the character development is really great. It's a lot of fun to see black kids in gaming lit. There are lots of white Russians, Americans, and Brits in the genre. It made a difference in the viewpoint and humor and gave a fresh look to the situations.
Read more
Report abuse

Malcolm
5.0 out of 5 stars I have to say I really enjoyed this book
Reviewed in the United States on 27 June 2018
Verified Purchase
I have to say I really enjoyed this book. I did not know what I was getting into when I picked it up and was very pleasantly surprised with the narrative and story line. It really took me back to my table top gaming days where we would sit around and discuss what our characters knew and didn't with the one guy that had all the answers. Now to be thrust into the actual character and their world would be an interesting concept and story. James did a great job conveying this and I can't wait for the second book in the series.
Read more
3 people found this helpful
Report abuse

J. Cheney
5.0 out of 5 stars Such fun!
Reviewed in the United States on 21 October 2018
Verified Purchase
A great romp though a fantasy world that's a combination of D&D and Jumanji, with the added fun of tehe consequences of choosing the wrong things for your character to wear....
Read more
2 people found this helpful
Report abuse

Kindle Customer
5.0 out of 5 stars Holy Walking Dead Batman !
Reviewed in the United States on 4 June 2019
Verified Purchase
I have to give James Beamon a five star rating because of the characters and plot are gritty and absolutely crazy. Fast paced and smooth running.
Read more
Report abuse
See all reviews

James Beamon is a science fiction and fantasy author whose short stories have appeared in places such as Fantasy &amp; Science Fiction Magazine, Apex, Lightspeed and Orson Scott Card's Intergalactic Medicine Show. He spent twelve years in the Air Force, deployed to Iraq and Afghanistan, and is in possession of the perfect buffalo wings recipe that he learned from carnies. He lives in Virginia with his wife, son and attack cat. Currently he's cutting back on the addictive habit of penning short stories to focus on writing books. Pendulum Heroes is his debut novel.

James is serious about the attack cat... do not point at it. He invites you to check out what he's up to at http://fictigristle.wordpress.com