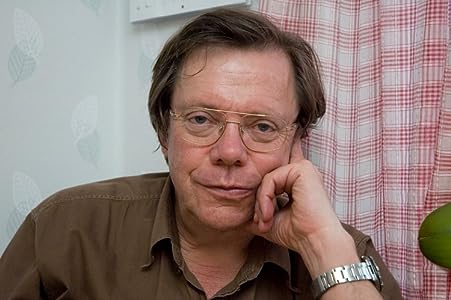 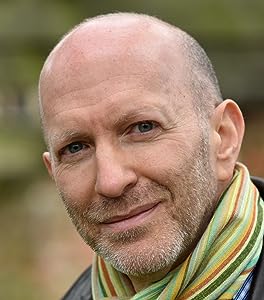 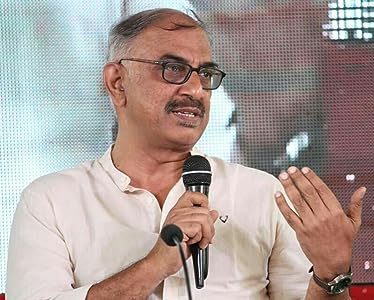 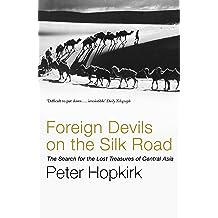 The Silk Road, which linked imperial Rome and distant China, was once the greatest thoroughfare on earth. Along it travelled precious cargoes of silk, gold and ivory, as well as revolutionary new ideas. Its oasis towns blossomed into thriving centres of Buddhist art and learning.

In time it began to decline. The traffic slowed, the merchants left and finally its towns vanished beneath the desert sands to be forgotten for a thousand years. But legends grew up of lost cities filled with treasures and guarded by demons. In the early years of the last century foreign explorers began to investigate these legends, and very soon an international race began for the art treasures of the Silk Road. Huge wall paintings, sculptures and priceless manuscripts were carried away, literally by the ton, and are today scattered through the museums of a dozen countries.

Peter Hopkirk tells the story of the intrepid men who, at great personal risk, led these long-range archaeological raids, incurring the undying wrath of the Chinese. 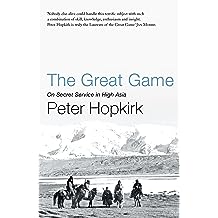 For nearly a century the two most powerful nations on earth, Victorian Britain and Tsarist Russia, fought a secret war in the lonely passes and deserts of Central Asia. Those engaged in this shadowy struggle called it 'The Great Game', a phrase immortalized by Kipling.

When play first began the two rival empires lay nearly 2,000 miles apart. By the end, some Russian outposts were within 20 miles of India. This classic book tells the story of the Great Game through the exploits of the young officers, both British and Russian, who risked their lives playing it. Disguised as holy men or native horse-traders, they mapped secret passes, gathered intelligence and sought the allegiance of powerful khans. Some never returned. The violent repercussions of the Great Game are still convulsing Central Asia today. 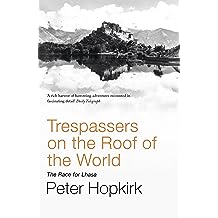 No other land has captured man's imagination quite like Tibet. Hidden away behind the highest mountains on earth, and ruled over by a mysterious God-king, it was for centuries a land forbidden to all outsiders.

In this remarkable and ultimately tragic narrative, Peter Hopkirk recounts the forcible opening up of this medieval Buddhist kingdom by inquisitive Western travellers during the nineteenth and twentieth centuries, and the race to reach Lhasa, Tibet's sacred capital.

This epic, often harrowing tale, which ends with the Chinese invasion of 1950, draws on a colourful cast of gatecrashers from nine different countries. Among them were adventurous young officers on Great Game missions, explorers and mountaineers, mystics and missionaries. All took their lives in their hands, including three intrepid women. Some were never to return. 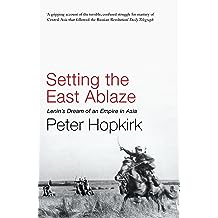 'Let us turn our faces towards Asia', exhorted Lenin when the long-awaited revolution in Europe failed to materialize. 'The East will help us conquer the West.'

Peter Hopkirk's book tells for the first time the story of the Bolshevik attempt to set the East ablaze with the heady new gospel of Marxism. Lenin's dream was to liberate the whole of Asia, but his starting point was British India. A shadowy undeclared war followed.

Among the players in this new Great Game were British spies, Communist revolutionaries, Muslim visionaries and Chinese warlords - as well as a White Russian baron who roasted his Bolshevik captives alive.

Here is an extraordinary tale of intrigue and treachery, barbarism and civil war, whose violent repercussions continue to be felt in Central Asia today. 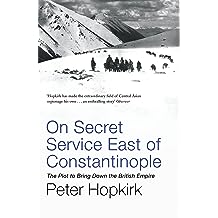 Under the banner of a Holy War, masterminded in Berlin and unleashed from Constantinople, the Germans and the Turks set out in 1914 to foment violent revolutionary uprisings against the British in India and the Russians in Central Asia. It was a new and more sinister version of the old Great Game, with world domination as its ultimate aim.

Here, told in epic detail and for the first time, is the true story behind John Buchan's classic wartime thriller Greenmantle, recounted through the adventures and misadventures of the secret agents and others who took part in it. It is an ominously topical tale today in view of the continuing turmoil in this volatile region where the Great Game has never really ceased. 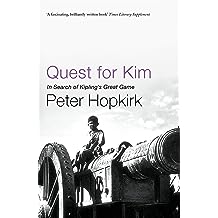 This book is for all those who love Kim, that masterpiece of Indian life in which Kipling immortalized the Great Game. Fascinated since childhood by this strange tale of an orphan boy's recruitment into the Indian secret service, Peter Hopkirk here retraces Kim's footsteps across Kipling's India to see how much of it remains.

To attempt this with a fictional hero would normally be pointless. But Kim is different. For much of this Great Game classic was inspired by actual people and places, thus blurring the line between the real and the imaginary. Less a travel book than a literary detective story, this is the intriguing story of Peter Hopkirk's quest for Kim and a host of other shadowy figures.