Skip to main content
Les Petits Macarons: Colorful French Cookie Recipes to Ma... and over 2 million other books are available for Amazon Kindle . Learn more
Share
Have one to sell?
Sell on Amazon
Flip to back Flip to front
Listen Playing... Paused   You're listening to a sample of the Audible audio edition.
Learn more.
See all 2 images 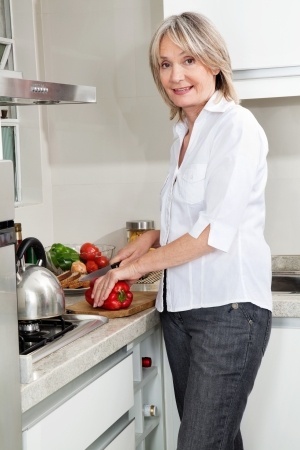 Start reading Les Petits Macarons on your Kindle in under a minute.

2.7 out of 5 stars
2.7 out of 5
9 global ratings
How are ratings calculated?
To calculate the overall star rating and percentage breakdown by star, we don’t use a simple average. Instead, our system considers things like how recent a review is and if the reviewer bought the item on Amazon. It also analyses reviews to verify trustworthiness.

NyiNya
5.0 out of 5 stars Simple, easy to follow, and delicious!
Reviewed in the United States on 9 March 2014
Verified Purchase
Macarons are tiny, crispy and chewy, sort of meringue textured, but reinforced with ground almonds, and filled with a variety of delicious concoctions, from chocolate ganache to fruit blends. They're tiny, just two bites and all gone, and completely addictive. After tasting one, I was so hooked, I bought a cookbook and started baking. I mean, who wants to sit in a bakery guzzling plate after plate while people snap photos and shake their heads? Nope, I decided to make 'em at home and stuff myself in private. My first batch wasn't quite right, the second okay, but as I continued to bake them, they improved. Advice from a friend, someone who actually knows what he's doing in a kitchen, helped a lot. Now I make them often, because they are impressive and look way more difficult than they are. Although I now have several books, when I saw this little item, free on Kindle and I couldn't resist.

Martha Stone is a no-nonsense baker. She provides a great basic recipe, a few twists on the basic, and even adds those helpful little things that the expensive cookbooks make you figure out for yourself (or ask that generous friend about). Like wait until the batter has dried a little before baking, don't get over-eager and try to split or fill them them too soon. Little tips, but essential. And some of her recipes are genius. She offers a variation that's made with sumac in the mix. Sumac is a somewhat lemony spice. Paired with the writer's suggested orange filling, it is the perfect balance of sweet/tart citrusy deliciousness.

The fillings are so good, you'll want to grab a spoon and forget the macaron. Some are unusual. Mango and Dulce De Leche is so good, you want to run around stuffing it in people's mouths. Some are traditional unions in a new form, like Pear and Earl Grey Tea. She even has one for ketchup filling, which I haven't tried yet. But it sounds pretty good. I have tried tomato marmalade and like it, so why not a spicy, jammy ketchup filling?

Anyway, the price is right, the writer knows what she's doing, her recipes are easy to understand, you don't have to be Martha Stewart to get good results. Five stars.
Read more
One person found this helpful
Report abuse

Sherry Chan
1.0 out of 5 stars Confusing measuring system! 2/5 cup, 4/5 cup, etc?
Reviewed in the United States on 6 January 2015
Verified Purchase
How does one measure 2/5 cup almonds, 4/5 cup confectioners' sugar and 2/5 cup salted butter? Is there such a measuring cup?
Read more
One person found this helpful
Report abuse

sweta
4.0 out of 5 stars Awesome recipes but..
Reviewed in the United States on 15 September 2014
Verified Purchase
Lovely recipes but the measurements are inconsistent- some being in cups, others ounces, still others in grams. Also incorrect number of macarons- one recipe states that filling is sufficient for TWO macarons! Looking forward to baking these though! Irresistible combinations
Read more
Report abuse

Amazon Customer
1.0 out of 5 stars easy bake
Reviewed in the United States on 18 May 2014
Verified Purchase
It doesn't have commun measurement like 1/3
1/4 or gram easy to follow.
4/5 of the cup you have to do math with that.
Read more
One person found this helpful
Report abuse
See all reviews
Back to top
Get to Know Us
Connect with Us
Make Money with Us
Let Us Help You
EnglishChoose a language for shopping.
© 1996-2021, Amazon.com, Inc. or its affiliates