<![endif]--> Skip to main content
Phil Hellmuth Presents Read 'Em and Reap and over 2 million other books are available for Amazon Kindle . Learn more
Share <Embed>
Have one to sell?
Sell on Amazon 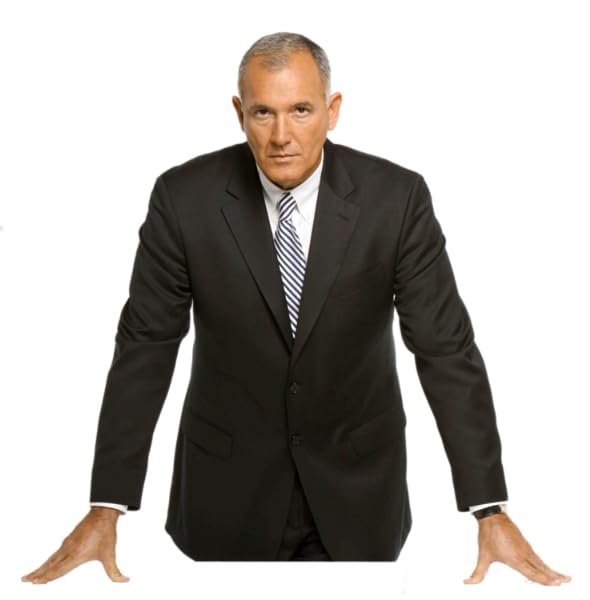 FBI Special Agent (Ret.) JOE NAVARRO worked for the Bureau in counterintelligence and counterterrorism. He is now a lecturer and consultant for major companies worldwide. He is the author of What Every BODY is Saying, and has appeared on Hardball with Chris Matthews, the Today Show, the CBS Early Show, CNN, Fox News, and other major media. He lives in Tampa, Florida.

Marvin Karlins received his Ph.D. in psychology from Princeton University and is senior professor of management at the University of South Florida. He is the author of twenty-three books and most recently collaborated with Joe Navarro on Phil Hellmuth Presents Read 'Em and Reap.

Phil Hellmuth, Jr. is a ten-time World Series of Poker Champion and all-time leading money winner at the World Series of Poker. In addition to appearances on the Discovery Channel, E!, ESPN, and Fox Sports Net, he has been featured in Sports Illustrated, Time, and Esquire. Phil also contributes to Gambling Times Magazine and writes for many poker websites. He lives with his family in Palo Alto, California.

Start reading Phil Hellmuth Presents Read 'Em and Reap on your Kindle in under a minute.

4.2 out of 5 stars
4.2 out of 5
102 customer ratings
How does Amazon calculate star ratings?
Amazon calculates a product's star ratings based on a machine learned model instead of a raw data average. The model takes into account factors including the age of a rating, whether the ratings are from verified purchasers and factors that establish reviewer trustworthiness.

Eds
3.0 out of 5 stars Three Stars
Reviewed in the United Kingdom on 11 May 2018
Verified Purchase
Nothing special.
Read more
Helpful
Sending feedback...
Thank you for your feedback.
Sorry, we failed to record your vote. Please try again
Report abuse

André
4.0 out of 5 stars Great read!!
Reviewed in the United Kingdom on 6 January 2020
Verified Purchase
It's a great I sight into the world of poker, at the highest level.
Read more
Helpful
Sending feedback...
Thank you for your feedback.
Sorry, we failed to record your vote. Please try again
Report abuse

Amazon Customer
5.0 out of 5 stars Very Easy Read but with Top Quality Info
Reviewed in the United Kingdom on 9 May 2017
Verified Purchase
I got this book before attending a major poker event and it worked like a charm. This is a very well laid out book, easy to read, and you only have to read it once and all the info stays in your head. I can 100% recommend it.
Read more
Helpful
Sending feedback...
Thank you for your feedback.
Sorry, we failed to record your vote. Please try again
Report abuse
Load more international reviews

tony
3.0 out of 5 stars Glad I've read it, but don't think it's gonna turn you into a poker pro
Reviewed in the United Kingdom on 11 March 2013
Verified Purchase
I think the book is useful for anybody playing live poker, however there are certain things in the book that although true, happen very rarely at the poker table and are perhaps overly emphasised. Overall, a good read but putting the material to use requires time at the tables whilst the material is still fresh in your mind imo
Read more
Helpful
Sending feedback...
Thank you for your feedback.
Sorry, we failed to record your vote. Please try again
Report abuse

Draw player
5.0 out of 5 stars A Draw Players Opinion
Reviewed in Canada on 12 September 2013
Verified Purchase
This was an eye opening book, which paid immediate dividends. In the three weeks (of our regular game) since I read the book, I have focused on one individual per week, and each time the tells were so blatant I could not believe I had not made the correlation before. As I move on to a new player the tells I picked up previously (on the others) are much simpler to notice, and act upon.

Navarro tells you specifically WHAT to look for, plus WHEN to look for it.

Knowing the exact WHEN enabled me to go back an read Caro again, and I got much more than on any prior reading.

We play holdem once every so often. I cannot wait.

Aiyowalnut
3.0 out of 5 stars Three Stars
Reviewed in Canada on 7 December 2017
Verified Purchase
This book sucks! Or does it??
Read more
Helpful
Sending feedback...
Thank you for your feedback.
Sorry, we failed to record your vote. Please try again
Report abuse

Amazon Customer
2.0 out of 5 stars Not a great book
Reviewed in Canada on 29 August 2018
Verified Purchase
Not a great book
Read more
Helpful
Sending feedback...
Thank you for your feedback.
Sorry, we failed to record your vote. Please try again
Report abuse

Alberto Restuccia
5.0 out of 5 stars Shipping fast, item as described
Reviewed in Germany on 11 February 2019
Verified Purchase
Product as described and quickly shipped. Thanks!
Read more
Helpful
Sending feedback...
Thank you for your feedback.
Sorry, we failed to record your vote. Please try again
Report abuse