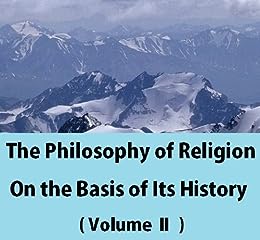 The Philosophy of Religion On the Basis of Its History, Volume 2 Kindle Edition

by Otto Pfleiderer (Author) Format: Kindle Edition
See all formats and editions
Sorry, there was a problem loading this page. Try again.
NOTE BY TRANSLATOR.

From this point of view there arose new tasks for philosophy ; the attempt had to be made to recognise in nature the unconscious shaping of mind, striving after consciousness and freedom through the various stages of organisation ; and on the other hand, to trace in the historical life of mind the process by which it extricates itself
Read more
Previous page
Next page