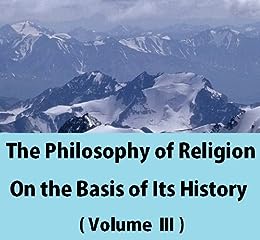 The Philosophy of Religion On the Basis of Its History, Volume 3 Kindle Edition

by Otto Pfleiderer (Author) Format: Kindle Edition
See all formats and editions
Sorry, there was a problem loading this page. Try again.
THE DEVELOPMENT OF THE RELIGIOUS CONSCIOUSNESS.

tions. I might therefore justly claim the title for the view I prefer, which lies halfway between these two extremes.

The oldest answer to the question as to the origin of religion — oldest because most obvious to the religious consciousness—is that which refers it to a ...
Read more
Previous page
Next page