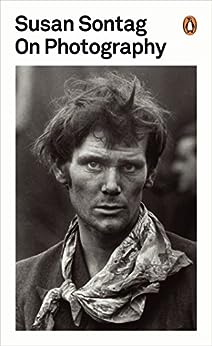 “A brilliant analysis of the profound changes photographic images have made in our way of looking at the world and at ourselves over the last 140 years.” ―Washington Post Book World

“Every page of On Photography raises important and exciting questions about its subject and raises them in the best way.” ―The New York Times Book Review

“A book of great importance and originality . . . All future discussion or analysis of the role of photography in the affluent mass-media societies are now bound to begin with her book.” ―John Berger

“Not many photographs are worth a thousand of [Susan Sontag's] words.” ―Robert Hughes, Time

“After Sontag, photography must be written about not only as a force in the arts, but as one that is increasingly powerful in the nature and destiny of our global society.” ―Newsweek

“On Photography is to my mind the most original and illuminating study of the subject.” ―Calvin Trillin, The New Yorker

Winner of the National Book Critics' Circle Award for Criticism (1977), this is "a brilliant analysis of the profound changes photographic images have made in our way of looking of the world and ourselves over the lost 140 years."-Washington Post  BOOK WORLD --This text refers to an alternate kindle_edition edition.

Winner of the National Book Critics' Circle Award for Criticism (1977), this is "a brilliant analysis of the profound changes photographic images have made in our way of looking of the world and ourselves over the lost 140 years."-Washington Post BOOK WORLD --This text refers to an alternate kindle_edition edition.

Susan Sontag was born in Manhattan in 1933 and studied at the universities of Chicago, Harvard and Oxford. Her non-fiction works include Against Interpretation, On Photography, Illness as Metaphor, AIDS and its Metaphors and Regarding the Pain of Others. She is also the author of four novels, a collection of stories and several plays. Her books are translated into thirty-two languages. In 2001 she was awarded the Jerusalem Prize for the body of her work, and in 2003 she received the Prince of Asturias Prize for Literature and the Peace Prize of the German Book Trade. She died in December 2004. --This text refers to an out of print or unavailable edition of this title.
Read more

4.5 out of 5 stars
4.5 out of 5
574 global ratings
How are ratings calculated?
To calculate the overall star rating and percentage breakdown by star, we don’t use a simple average. Instead, our system considers things like how recent a review is and if the reviewer bought the item on Amazon. It also analyses reviews to verify trustworthiness.

Leela Raina
5.0 out of 5 stars A perfect companion for people embarking on their journey to explore photography
Reviewed in India on 14 September 2016
Verified Purchase
I bought this for my mother and it absolutely did not disappoint. For an english literature major who is now figuring out the joys of digital photography from her phone, this book was the first she picked up from the birthday pile.

With the empowering tools everyone has in this age to become photographers, this book changes the way you think and how photographs have such a deeper subconscious impact in the way we see ourselves and the world.

5.0 out of 5 stars Good
By Garv on 26 April 2021
Book is good , gives perspective towards photography
Images in this review

Kirk McElhearn
4.0 out of 5 stars A fascinating book.
Reviewed in the United Kingdom on 19 June 2018
Verified Purchase
A fascinating book, that is incredibly prescient. Much of what Sontag says applies to today's culture of images. While she didn't foresee the massive proliferation of images that exist today - notably the self-referential nature of a lot of photography - her insights are spot on. Sontag was writing in the 1970s, when photography - especially color photography - was becoming more commonplace, and she nails many of the cultural and sociological aspects of photographs. A must read for anyone who takes photography seriously.
Read more
2 people found this helpful
Report abuse

J M TUBBS
3.0 out of 5 stars What no pictures!
Reviewed in the United Kingdom on 13 January 2020
Verified Purchase
Famously a book on photography with no pictures. Almost every page contains an idea that could set you off in a new photographic direction., which leaves a lot to choose. The content is excellent. My copy suffered from print problems. Probably I should have sent it back. Otherwise it is a Five Star book.
Read more
One person found this helpful
Report abuse

Gavin Mcewen
5.0 out of 5 stars A classic critical examination of photography.
Reviewed in the United Kingdom on 5 November 2020
Verified Purchase
I was aware of the book but had never read it. I found myself committed to giving a talk to my Photo Club on "Quotations from famous Photographers". I ordered the book through Amazon, it arrived promptly, and not only did Sontag provide some great quotes of her own but she includes an extensive supplement of quotations by photographers or about photography - just what I needed.
Read more
Report abuse

tmgreenhalgh
4.0 out of 5 stars Well written and to the point. Essential for any early photography student.
Reviewed in the United Kingdom on 7 October 2017
Verified Purchase
A good book for A level or college students, I was made to read this straight from school but have come back to it several times throughout my education and research practice. This is a good book to understand the direction of which you what to go in a historical context, simple and to the point as I mentioned in the title essential for any early photography student.

There is a reason why there are​ so many editions.

Squinancy
5.0 out of 5 stars Image as Icon
Reviewed in the United Kingdom on 4 March 2016
Verified Purchase
This is the world of the 1960s and '70s when paper print photographs seemed to be everywhere and yet were in fact few and far between compared to the ubiquitous image creation and retention of the digital era. Nonetheless, the modern reader can easily comprehend the technical, psychological, social and artistic embedding of photography that Sontag offers on these pages. Highly perceptive, succinct, sensitive analysis of visual image reproduction which had come into its own during the interwar years and defined how we watched the world right up to the appearance of the digital camera at the dawn of the new millennium.
Read more
3 people found this helpful
Report abuse
See all reviews
Back to top
Get to Know Us
Connect with Us
Make Money with Us
Let Us Help You
EnglishChoose a language for shopping.
© 1996-2021, Amazon.com, Inc. or its affiliates