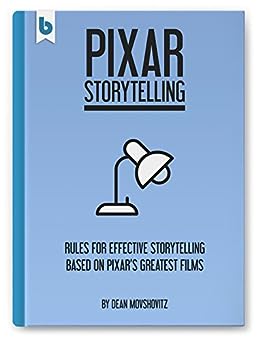 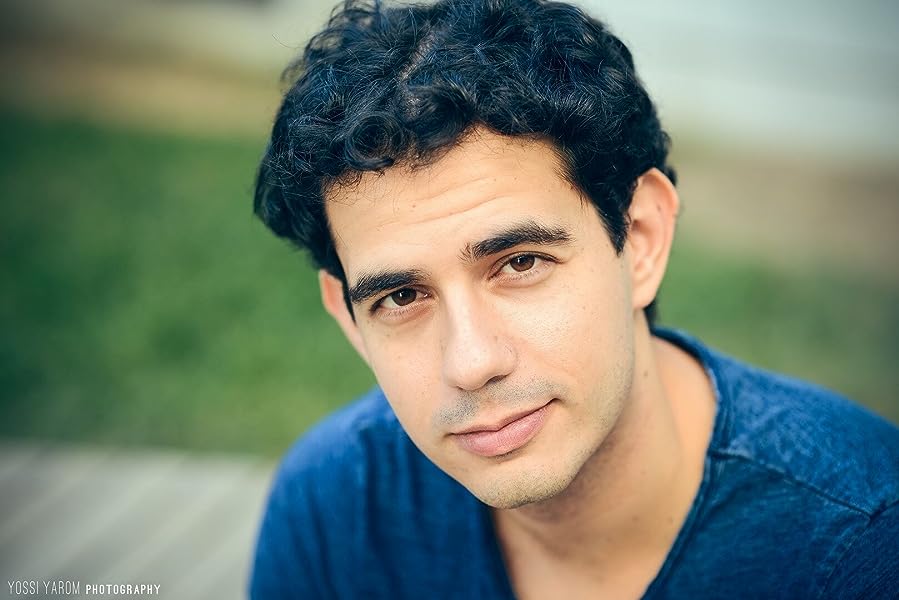 by Dean Movshovitz (Author) Format: Kindle Edition
See all formats and editions
Sorry, there was a problem loading this page. Try again.
Pixar Storytelling is about effective storytelling rules based on Pixar’s greatest films. The book consists of ten chapters, each of which explores an aspect of storytelling that Pixar excels at. Learn what Pixar’s core story ideas all have in common, how they create compelling, moving conflict and what makes their films’ resolutions so emotionally satisfying. The book also examines Pixar’s character development, unique, intricate story structure and use of theme, all of which are key to the studio’s storytelling achievements. This book is great for writers interested in writing for animation or mainstream feature films, animators or aspiring directors who want to know how some of the best animated films work, and even Pixar fans or film buffs who are interested in learning more about the awesome world of storytelling.
Read more
Previous page
Next page

"The book is a fun, useful read. At just 122 pages, you can digest the whole thing in a weekend and be ready on Monday to bring some new life to your latest script. One of the benefits of examining script techniques through a specific set of films is that the lessons all become immediately applicable. Dean has an example for virtually every point he makes, so if you've seen even half of Pixar's movies, you'll be able to get the most possible out of this book."

"The last one on this list is undoubtedly Pixar Storytelling which gives you an effective set of rules for excellent storytelling based on Pixar's greatest films. This book is divided into 10 chapters that give the aspiring author insight into the common core of Pixar's works--story ideas, creation of a conflict that is both moving and gripping and the ultimate resolution that comes about fulfilling the emotional needs of the readers and viewers."

"A great textbook that teaches you what Pixar's core story ideas all have in common and examines their character development process, unique, intricate story structure and use of theme, all of which are key to the studio's storytelling achievements."

-- The Animation Bibles (Animataurus - A Close-up on Animation)

"No studio in history has cranked out as many hits in a row as Pixar that not only succeeded with global audiences but also with typically irascible film critics. This book spells out their formula in language even we marketers can understand!"

Dean Movshovitz is a screenwriter and author, known for his #1 Amazon bestseller Pixar Storytelling: Rules for Effective Storytelling Based on Pixar's Greatest Films. Born in Israel, Dean served in the IDF for 5 years before getting a BA in Screenwriting at Tel Aviv University. After his studies Dean served as Director of Film and Media at Israel's Office for Cultural Affairs in North America, based in New York, where he promoted Israeli Cinema. Dean wrote episodes for Limon & Oli (Mart Agency/Disney Junior), and was part of Blackpills' writers room in Tel Aviv, where he co-developed First Love, which won the short format competition at Seriesmania 2018. In 2018 he also graduated from Serial Eyes '18, Europe's premier postgraduate training program for television writers and producers. --This text refers to an alternate kindle_edition edition.

4.5 out of 5 stars
4.5 out of 5
296 global ratings
How are ratings calculated?
To calculate the overall star rating and percentage breakdown by star, we don’t use a simple average. Instead, our system considers things like how recent a review is and if the reviewer bought the item on Amazon. It also analyses reviews to verify trustworthiness.
Top reviews

Simon
5.0 out of 5 stars Worth it
Reviewed in India on 12 October 2019
Verified Purchase
Must read
Read more
Helpful
Report abuse

Vikrama D.
4.0 out of 5 stars Great Read
Reviewed in India on 31 July 2020
I live books about Story Telling.
The topic lends itself to unique insights. And, this is one of the better books. More focused on structure but doesn't leave the heart out.
Although the book focuses on movies, the tips relate to everything - blogs, presentations, demos and more. This is a great read. Recommended.

The chapter on Structure is my favorite.
Read more
2 people found this helpful
Helpful
Report abuse

Nitin Sharma
5.0 out of 5 stars Wow!
Reviewed in India on 31 March 2020
For my full draft as a student in a film school, I was torn between a live action story which is not exciting me much and an animation that is. Being in India where animation hasn't really caught up and this being the only full screenplay I would have by the time the course ends, my mentor suggested to focus on the live action but I just haven't been able to. Reading this book has helped me made that decision. Thanks!!
Even if you are not going to write one, still read it. It is entertaining by itself. And if you have doubts, last chapter is insightful and motivational.
Read more
Helpful
Report abuse

Arpit
5.0 out of 5 stars One Book that gives you all
Reviewed in India on 5 April 2020
Very detailed explanation.
For every other topic relevant movies used to explain the concept.
A must read. I recommend this Book as an academic Book for all aspirants.
Read more
Helpful
Report abuse

Subodh Gadgil
5.0 out of 5 stars Anatomy of effective stories
Reviewed in India on 13 November 2018
Its a superb analysis that peels many layers and reveals individual gems that made the final necklace so desirable! At one point we start realising that it's a deeper philosophy of life.
Read more
One person found this helpful
Helpful
Report abuse
See all reviews

Anthony L. Wolf
4.0 out of 5 stars Gold dust for any storyteller, but...
Reviewed in the United Kingdom on 4 May 2019
Verified Purchase
Pixar Storytelling was exactly what I was expecting to read. As a decades-old Disney and Pixar fan, my expectations were pretty high and they were met splendidly. This book is gold dust for any storyteller, especially if they've grown up with Disney. Doesn't matter if you're a fiction writer, a screenwriter, a playwright or anything else: there's always something to learn from Pixar.

That said, there's a reason why Dean's book doesn't deserve a full five-star rating in my case. I think this book is better suited for those who already have somewhat of a grasp of storytelling and the writing craft, because it grazes over some fundamental concepts that will be key to understanding each and every one of the author's claims. Beginners might find it too difficult to follow.

The writing style is also not too excellent nor stunning, and the book overall feels synthetic at times, too condensed for the amount of concepts it could have touched and expanded on with care.

However, it is still a useful, comprehensive job of analysis of all the major Pixar films up to Inside Out, an easy read that will hopefully stick with you throughout your career as a storyteller. Just as I am sure it will stick with me.

It is also the only satisfying book on Disney/Pixar storytelling I've personally found, and I'm convinced it does an excellent job in that sense.
Read more
4 people found this helpful
Report abuse

D
5.0 out of 5 stars Great book
Reviewed in the United Kingdom on 2 March 2021
Verified Purchase
Book arrived in perfect condition. I love this book, any screenwriter’s must read
Read more
Report abuse

Amazon Customer
1.0 out of 5 stars One Star
Reviewed in the United Kingdom on 11 March 2018
Verified Purchase
Only if you really know PiXAR Movies
Read more
One person found this helpful
Report abuse
See all reviews

Dean Movshovitz is a screenwriter and author known for his #1 Amazon bestseller Pixar Storytelling: Rules for Effective Storytelling Based on Pixar’s Greatest Films. Dean has worked on TV projects for Cineteve, Blackpills and UFA and wrote episodes for “Limon & Oli”. Dean has earned a BA in Screenwriting from Tel Aviv University and is a graduate of Serial Eyes, Europe's premier postgraduate training program for television writers and producers. He is based in Los Angeles and also works as a script consultant.