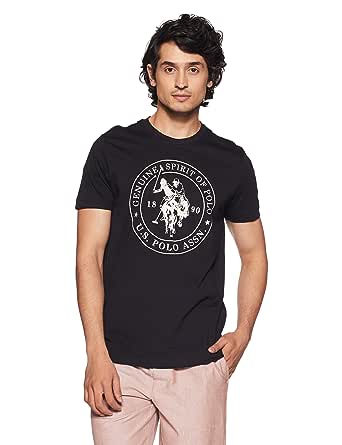 Visit the US Polo Association Store

Amazon Delivered
Amazon directly manages delivery for this product. Order delivery tracking to your doorstep is available.
In stock.
Sold by Cloudtail India and Fulfilled by Amazon.
Show More

Please note that orders which exceed the quantity limit will be auto-canceled. This is applicable across sellers.

Polo is considered among the oldest organized sports ever played and was introduced in the United States by way of England in 1876. It didn’t take long for America to take a liking to this game and assemble their own loosely structured matches.

As players and teams propagated, the development of the sport demanded a governing body, and in 1890 the United States Polo Association (USPA), which was originally known simply as The Polo Association, was formed. As the oldest sports governing body in the U.S. (behind only the United States Tennis Association, USTA), the purpose of the USPA was to coordinate games, standardize rules and establish handicaps so the teams could be more evenly matched. During the World Wars era, USPA membership even included over 1,200 military players from the U.S. Army who were encouraged to participate in polo to improve their riding ability.

4.2 out of 5 stars
4.2 out of 5
170 global ratings
How are ratings calculated?
To calculate the overall star rating and percentage breakdown by star, we don’t use a simple average. Instead, our system considers things like how recent a review is and if the reviewer bought the item on Amazon. It also analyses reviews to verify trustworthiness.

Rahul Mondal
5.0 out of 5 stars Best fabric quality. 100% cotton
Reviewed in India on 1 May 2020
Verified Purchase
the t shirt is made with pure soft cotton .comfortable for summer. very soft , light weighted.value for money .
Read more

Shreker
5.0 out of 5 stars Looks awesome
Reviewed in India on 10 May 2019
Verified Purchase
Just got out in Amazon sale. Looks like nice, and has a good fit.
Read more
2 people found this helpful
Helpful
Comment Report abuse

Praveen
4.0 out of 5 stars Decent quality
Reviewed in India on 8 March 2020
Verified Purchase
Bought this t-shirt for 270 rupees on Feb 2020. Cloth quality is best for this price. Design print looks small in image but it's quite larger in real. Satisfied with this product.
Read more
Helpful
Comment Report abuse

Divyanshi
1.0 out of 5 stars Not so good
Reviewed in India on 4 July 2019
Verified Purchase
Not so good as it appears on the picture
Read more
2 people found this helpful
Helpful
Comment Report abuse
See all reviews