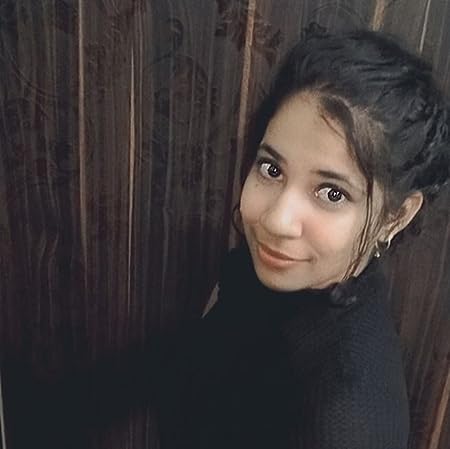 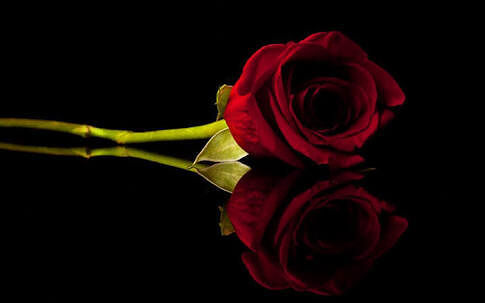 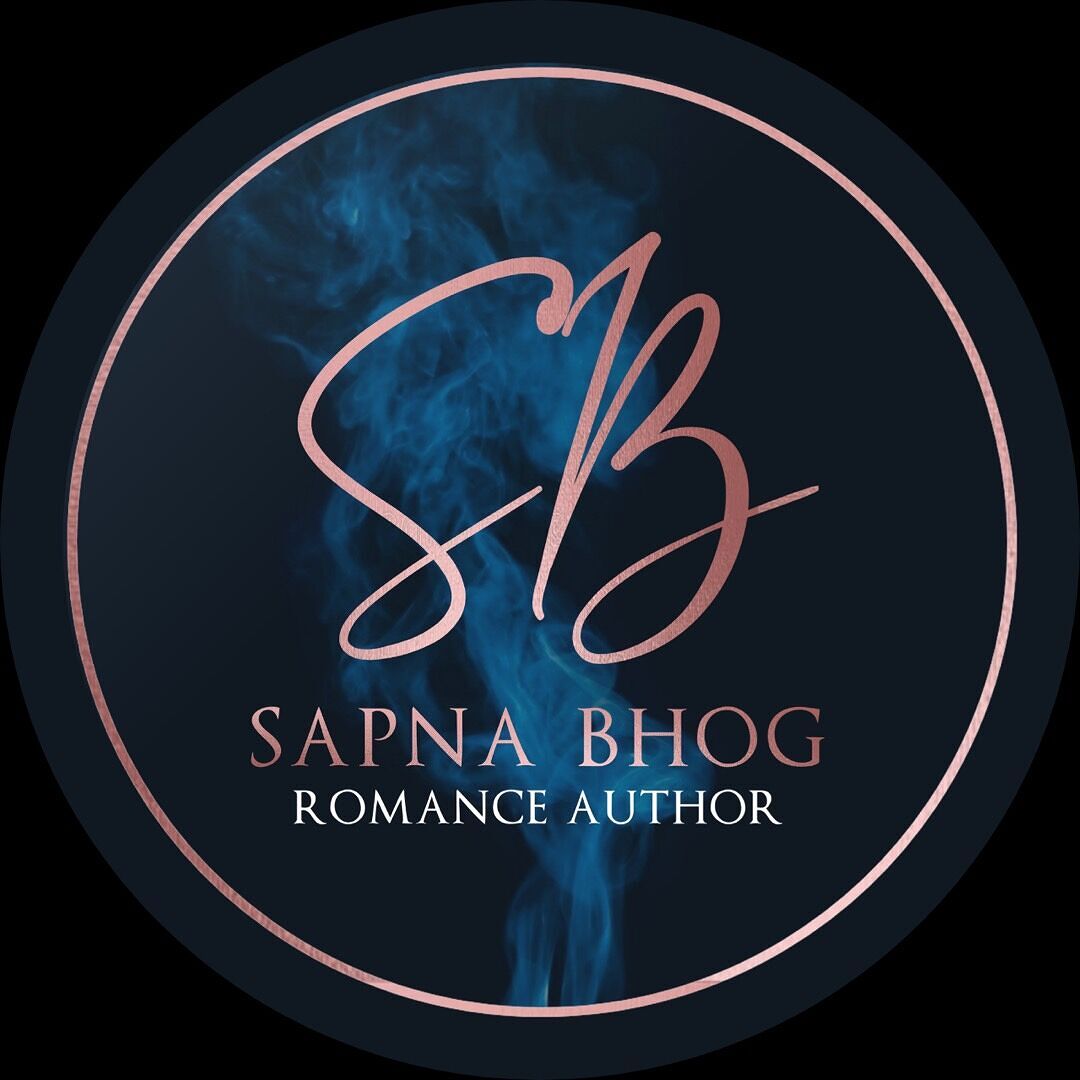 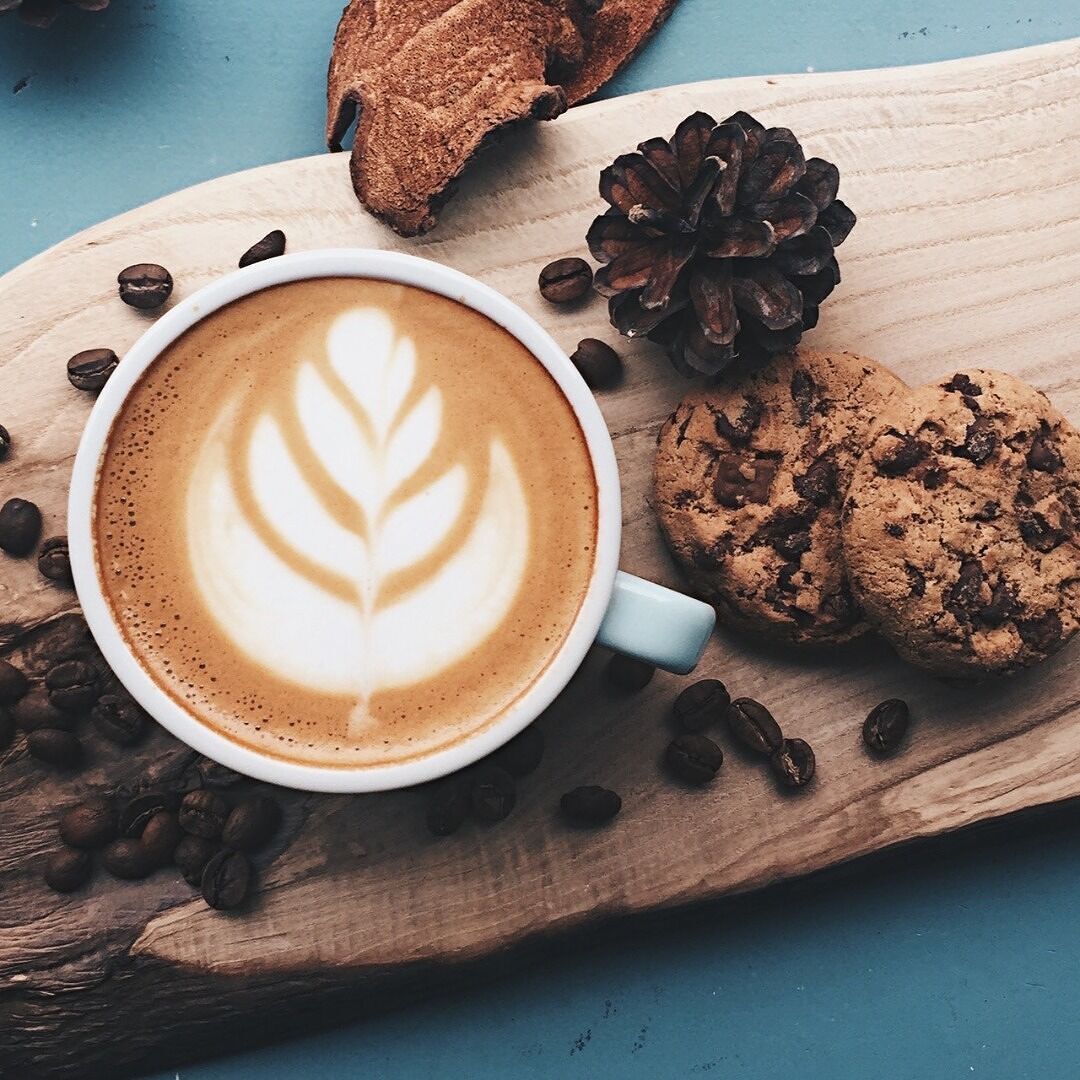 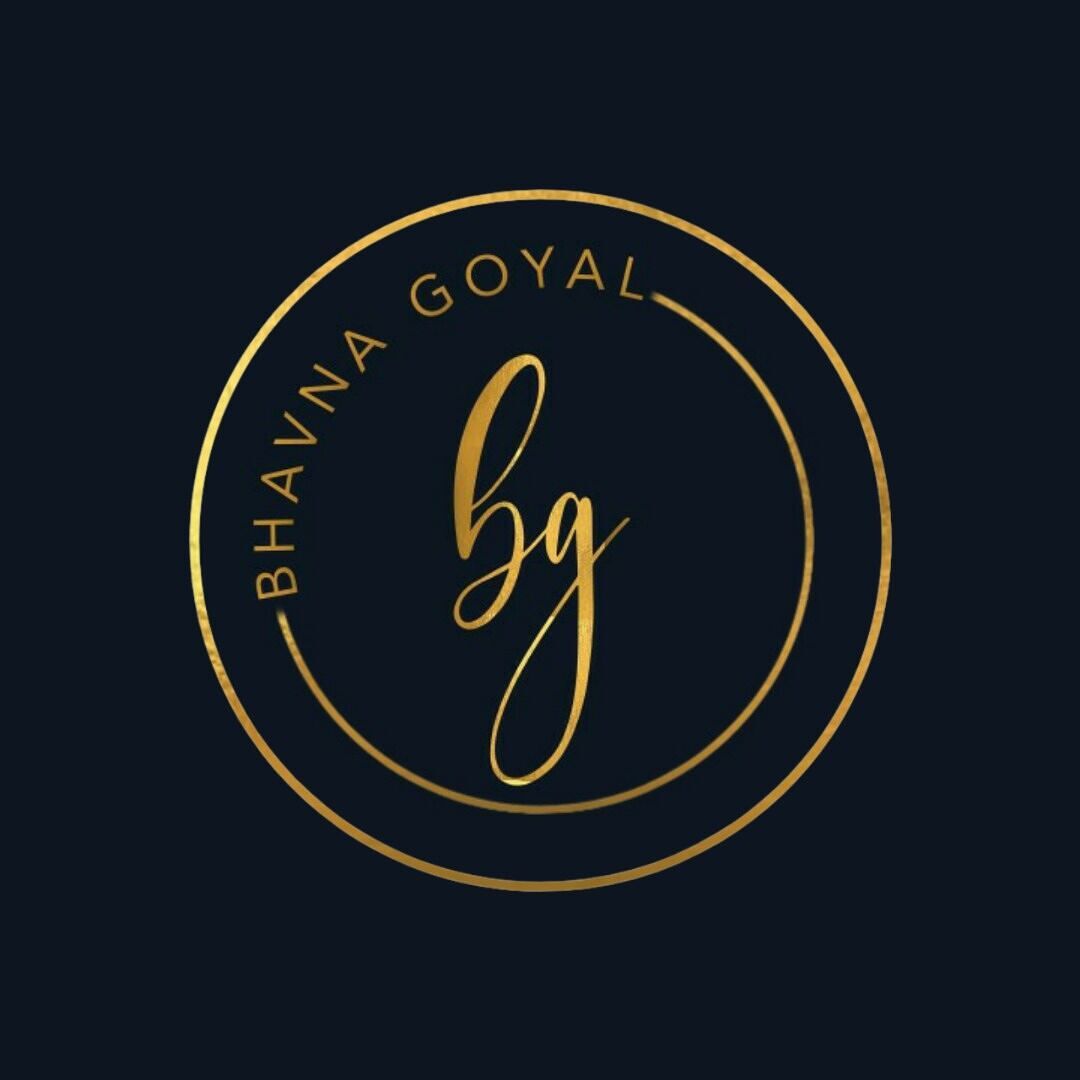 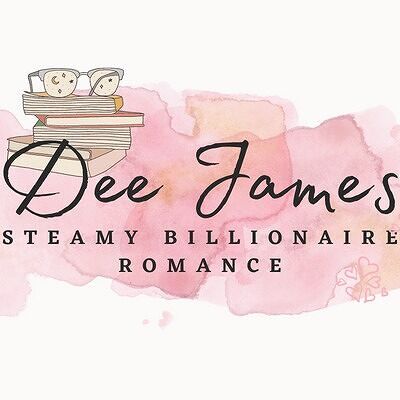 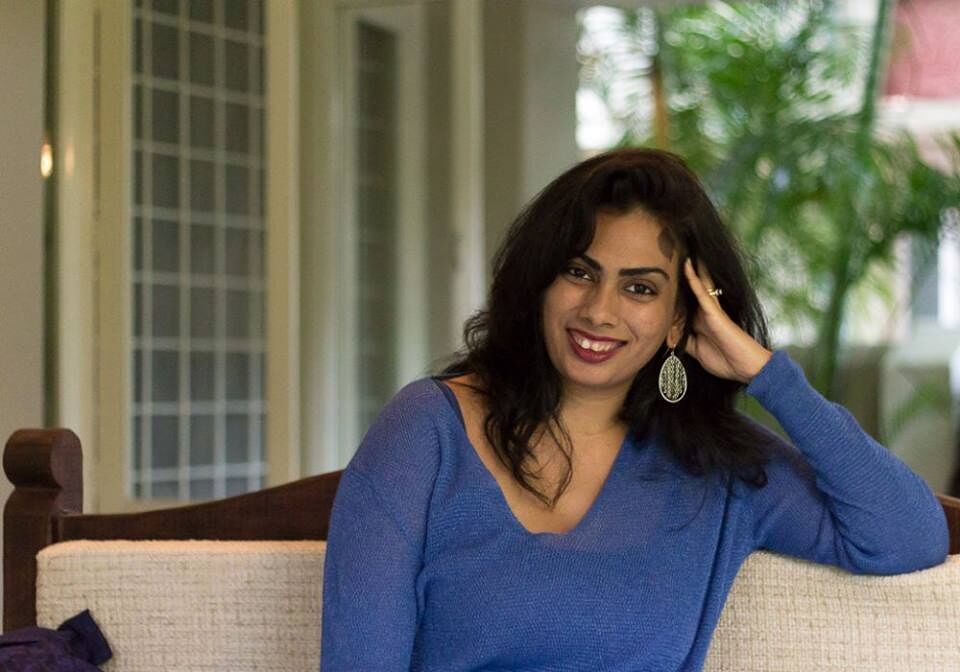 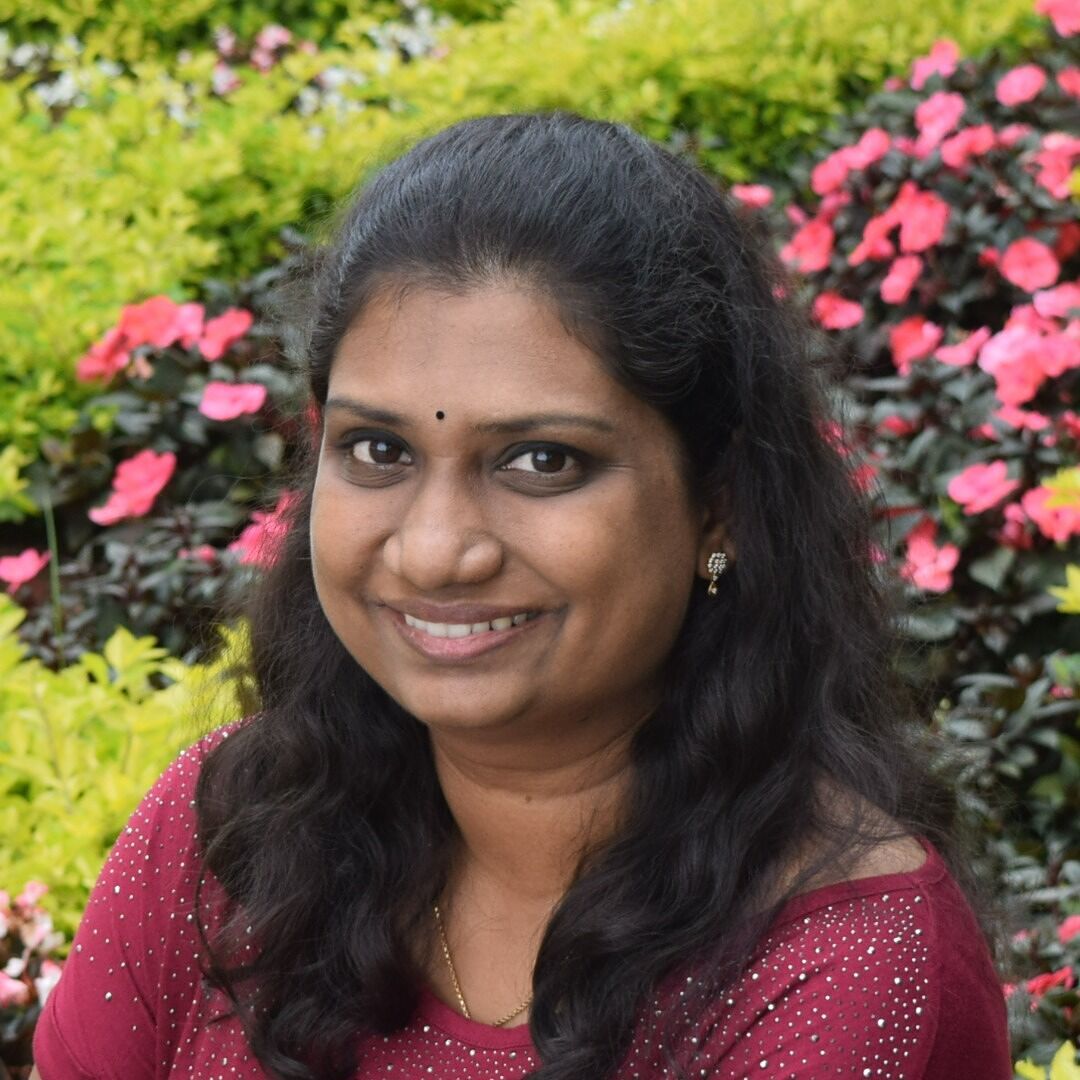 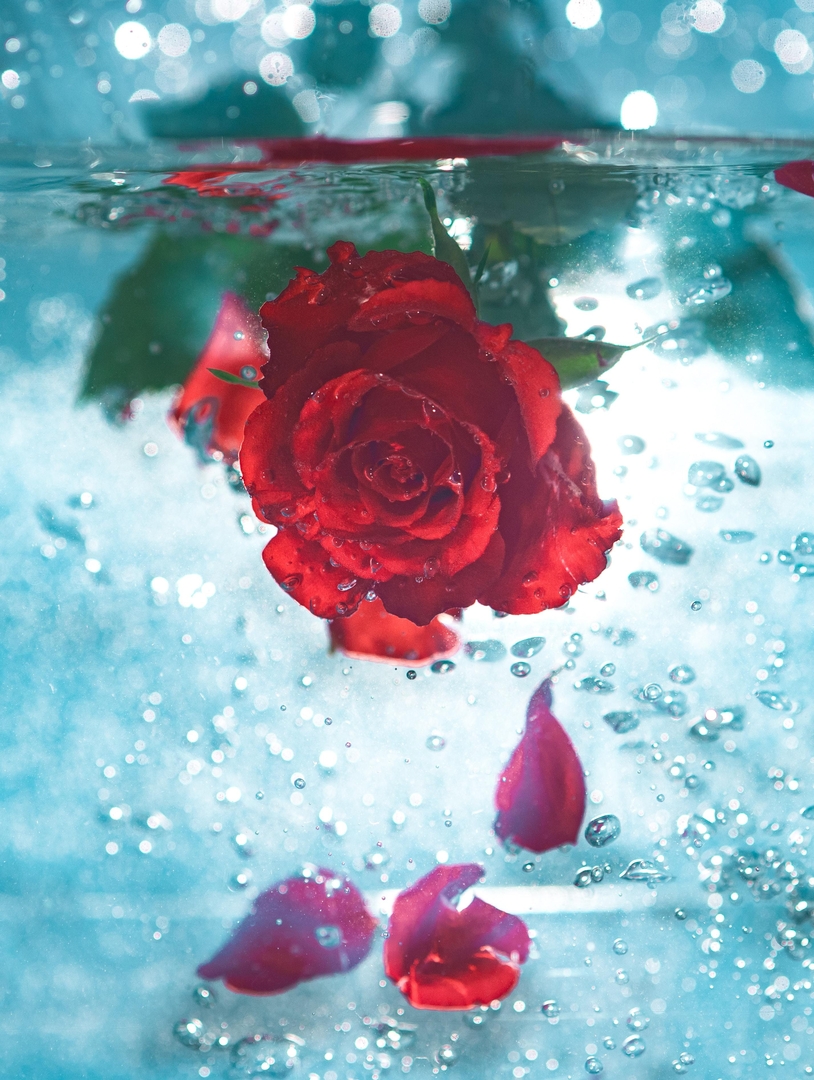 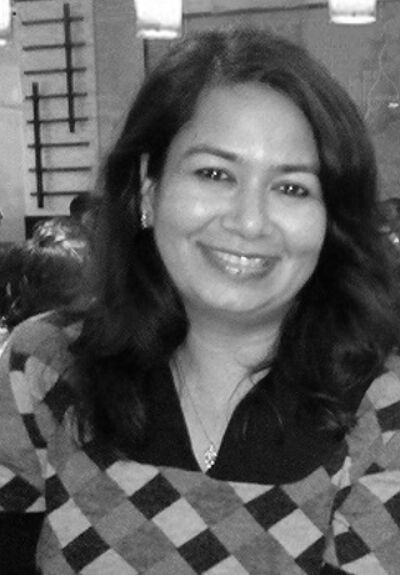 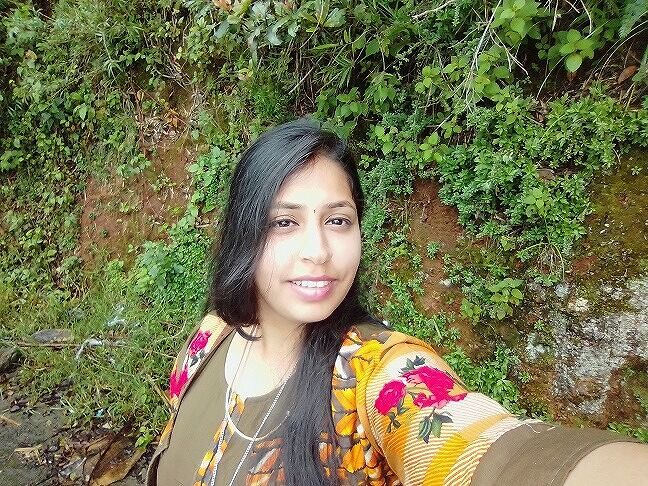 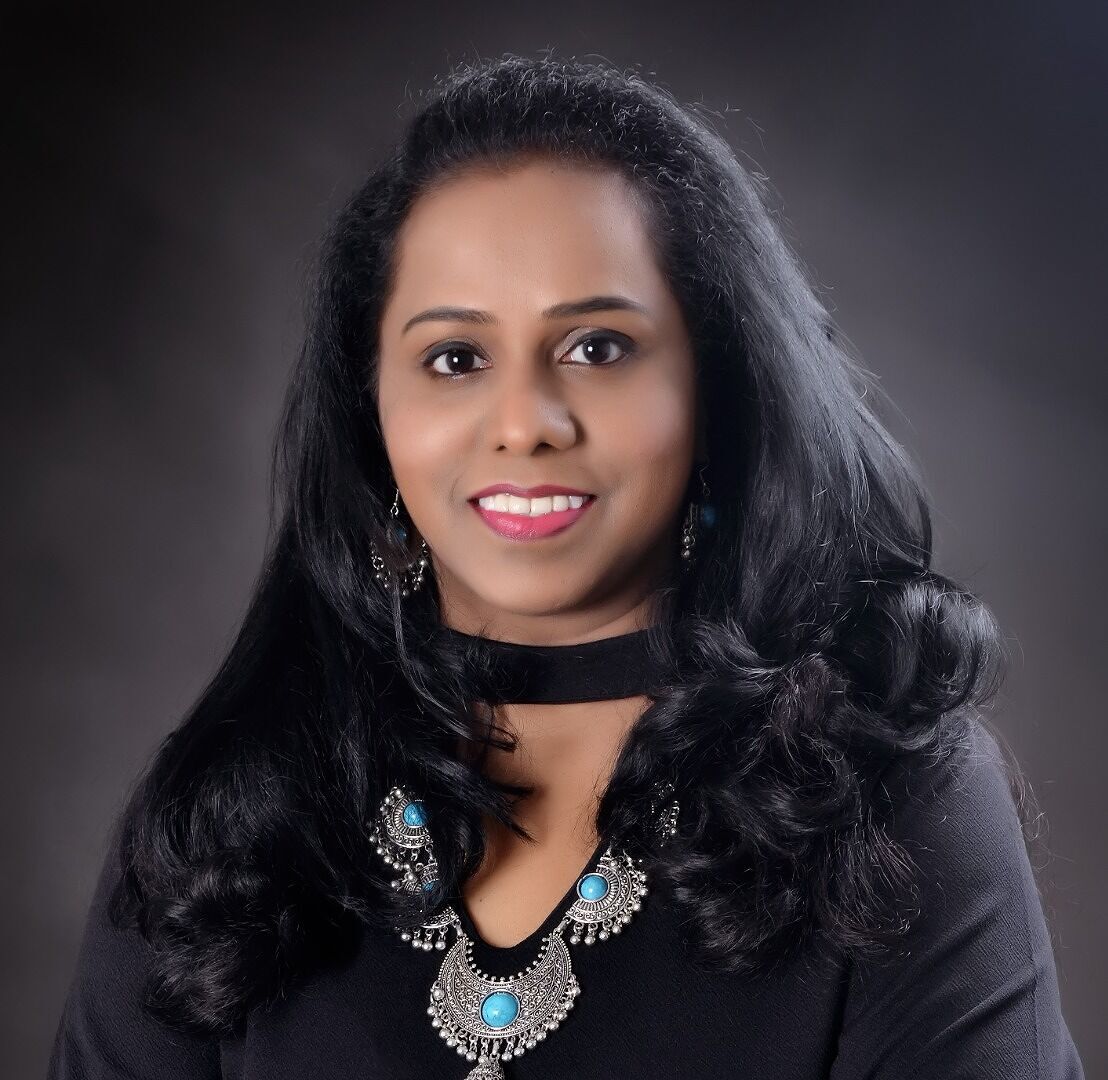 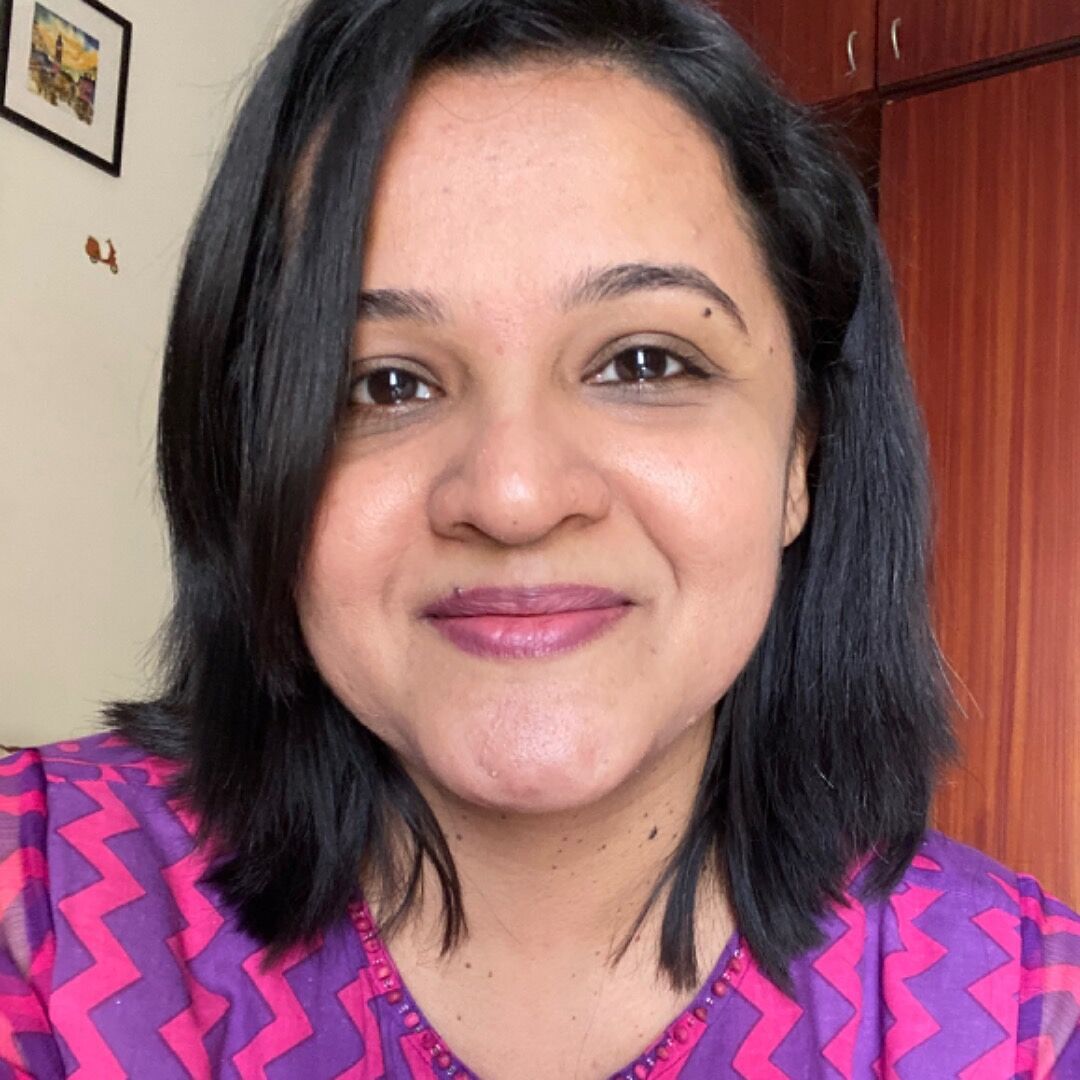 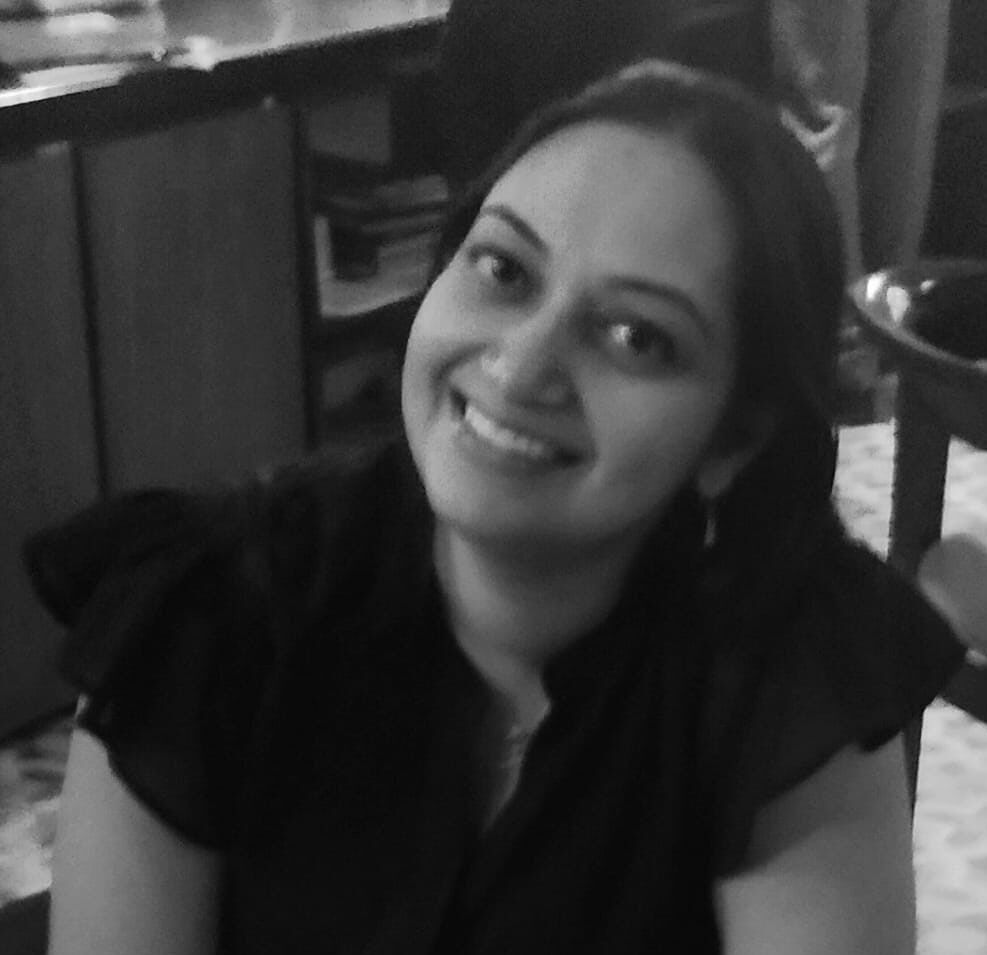 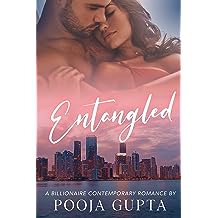 Entangled: A Billionaire Romance 24 Mar, 2021
by Pooja Gupta
( 153 )
₹ 99.00
Saumya Gujral, a successful model by profession, is living a peaceful life with her son when a phone call from her forgotten past turns her life upside down.

Falling for him was a gamble she wasn’t willing to take, not when everything she held dear to her heart was at stake. Will she find it in herself to give love a second chance? Will their love survive the test of time when his family was dead set against her?
Read more
inclusive of all taxes 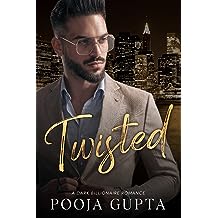 Falling in love wasn’t on her list until the charismatic Reyaansh Singhania entered her life and warmed his way to her heart.

Taani Thakral, trapped in the game of power and lust with an obsessive rich man, is desperately looking for a way out when destiny brings her closer to the only man she should stay away from. Reyaansh Singhania. With no space for love, she resists the blossoming feelings for him only to realize how deeper he has gotten under her skin. He fills her life with warmth and makes her realize how beautiful life can be with him by her side. It’s difficult to part with feelings he ignites in her heart. Unfortunately, he is the son of her tormentor. There is no future for them together when it’s his father she has to fight against to survive. Or is there?


When a shocking truth about his father unfolded, Reyaansh Singhania is dragged into a whirlwind of deceits, secrets and betrayals. With many skeletons threatening to come out of the closet and ruin everything, he vows to bring his old man down. Taani Thakral is part of the plan, but she becomes more than that as they work together and he gets to know her. She is more than just a pretty face and it doesn’t take for him to fall for her. He wants her by his side forever, but the path leading to happily ever after isn't full of roses when it’s their own threatening their happiness. Will he be able to protect her from his father’s obsession?


Twisted is a full length contemporary romance with a happily-ever-after. 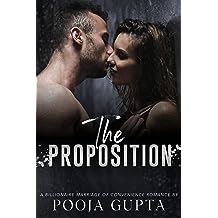 The Proposition: A Billionaire Marriage Of Convenience Romance 25 Nov, 2019
by Pooja Gupta
( 121 )
₹ 99.00
Sneha Rathore, a fiery college dropout in her early twenties, is trying to build a life for herself but failing miserably because of a lack of financial resources. Her inheritance is her last hope, but she needs a husband to claim what is hers. Atharv Sinha, her older sister's billionaire boss, has a proposition Sneha can't refuse—a temporary marriage for one year. She didn't see a problem with the arrangement until she started to get to know the man she married—a man with a golden heart and charm that could make any woman go weak in her knees. It wasn't hard to fall for the man Atharv Sinha was, but did he feel anything for her? If yes, then can they have their happily-ever-after when there are so many secrets he was hiding from her? What about the people who want her gone from his life?
Read more
inclusive of all taxes 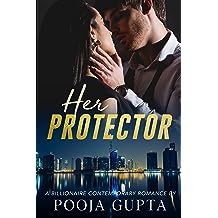 Her Protector 11 Apr, 2019
by Pooja Gupta
( 44 )
₹ 99.00
When Vikram Maheshwari’s eyes met with hers for the first time, he realized Nitara Sharma was special. Innocent, broken, and in need of protection, he took her under his wings vowing to protect her from the man who had killed her mother and was now thirsty for her blood. She stirred a protective streak inside of him, but he hadn’t counted on falling for the little beauty.As his best friend’s cousin, she was forbidden to Vikram. It was wrong, but he had never been a man to play by the rules. He wanted her, and he was going to have her, and nothing would stop him from making her his wife, not the man after her life nor his contract marriage to the daughter one of his business associates.
Read more
inclusive of all taxes 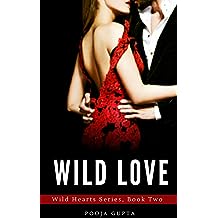 Wild Love: (Wild Hearts Series, Book Two) 26 Feb, 2019
by Pooja Gupta
( 40 )
₹ 69.00
When Aryan Ahuja laid his eyes on the feisty bartender, Samaira Malik, he knew she was the one. She had become an obsession he had no control over. Wooing her wasn't going to be an easy task when the woman he desired was hell-bent on pushing him away, but what she didn't know was that he wasn't a man to give up and always got what he wanted. He'd fight all odds to make her his.


Book two in the Wild Hearts Series but can be read as a standalone too. A sweet romance with a happily-ever-after ending and no cheating.
Read more
inclusive of all taxes 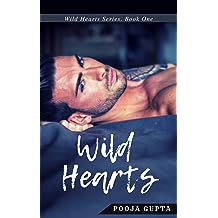 Wild Hearts: (Wild Hearts Series, Book One) 22 Jun, 2018
by Pooja Gupta
( 55 )
₹ 69.00
The daughter of a former Miss Universe, Meera Roy is always criticized for her looks and curves. She has been rejected by her own family. So, when a top businessman, Manik Raichand, chooses her over her perfect sister, she has a hard time believing a man like him would want her. No matter how hard she tries resisting him, he knows his way to her heart. Charming with sinful good looks, he’s irresistible.


Book one in the Wild Hearts Series but can be read as a standalone too. A steamy read with a happily-ever-after ending and no cheating.
Read more
inclusive of all taxes 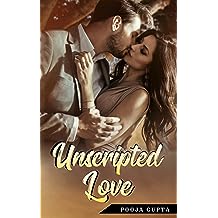 Unscripted Love 6 Apr, 2018
by Pooja Gupta
( 29 )
₹ 69.00
Shilpa Mehta is trying to move on after a recent heartbreak when Randhir Malhotra enters her life. He’s tall, handsome, and forbidden. He’s her father's best friend. It’s wrong, but the more their paths cross, the more she realizes they are meant to be together. But too many relationships are at stake and being with him could damage her relationship with her father. She’s torn between her love for her father and her love for the man of her dreams. What will she choose?

Randhir Malhotra has no plans to fall in love until he meets the doe-eyed Shilpa Mehta. The daughter of his best friend, she is completely off limits. He wants to claim her as his, but his friendship with her father stops him. He doesn’t want to lose a friend like Anuj, but is he ready to lose his only chance at happiness?
Read more
inclusive of all taxes 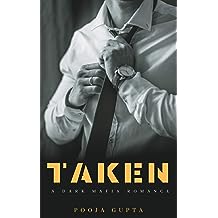 Taken: A Mafia Romance 25 Jun, 2019
by Pooja Gupta
( 27 )
₹ 99.00
When Gabriele Moretti's sister is kidnapped, he had no choice but to hold Amara Carson captive. The sister of the man behind his sister's abduction, she was merely a pawn in the game to get Sofia Moretti back. The plan was to get rid of her in the end, but things changed when he found himself drawn her. Gabriele was aware of how different their worlds were from one another, yet he couldn't stop himself from wanting her. He was a ruthless killer while she was an innocent, sinfully beautiful woman working hard to make a life for herself. There was no way she would survive in his world of violence, but he was a selfish bastard when it came to her. He was ready to go to any extreme to keep her by his side. He'd go against the world for her, but did she have it in herself to love him for who he was? Mafia King is a standalone dark romance with a happily-ever-after ending. Note: Crude language is used in the book that can be uncomfortable for some readers to read.
Read more
inclusive of all taxes
Back to top
Get to Know Us
Connect with Us
Make Money with Us
Let Us Help You
English
© 1996-2023, Amazon.com, Inc. or its affiliates