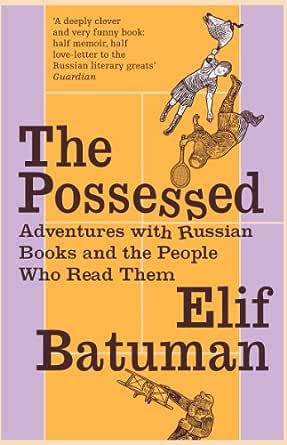 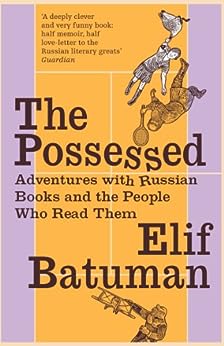 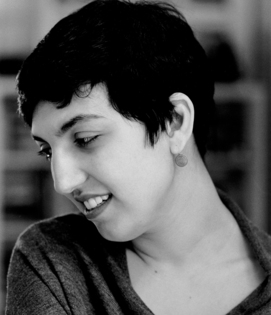 The Possessed: Adventures with Russian Books and the People Who Read Them Kindle Edition

ELIF BATUMAN was born in New York City and grew up in New Jersey. She graduated from Harvard, and received her doctorate in comparative literature from Stanford University. She is currently the writer-in-residence at Koc University, Istanbul. Her writing has been published in the New Yorker, n+1, Harper's and the Guardian, and she has received a Rona Jaffe Foundation Writer's Award. This is her first book. --This text refers to an alternate kindle_edition edition.

Praise for "The Possessed" "In her comic, poignant, beguiling book, Batuman succeeds marvelously in illuminating her version of love." -Reese Kwon, "Virginia"" Quarterly Review ""At every step along the way, Batuman's observations are wonderfully vivid." -Julia Keller, "Chicago"" Tribune ""Odd and oddly profound . . . Among the charms of Ms. Batuman's prose is her fond, funny way of describing the people around her . . . Perhaps Ms. Batuman's best quality as a writer though-beyond her calm, lapidary prose-is the winsome and infectious delight she feels in the presence of literary genius and beauty. She's the kind of reader who sends you back to your bookshelves with a sublime buzz in your head. You want to feel what she's feeling." -Dwight Garner, "The New York Times Book Review ""It's not surprising that some people never get over these books, and Batuman, for --This text refers to an alternate kindle_edition edition.

4.1 out of 5 stars
4.1 out of 5
110 global ratings
How are ratings calculated?
To calculate the overall star rating and percentage breakdown by star, we don’t use a simple average. Instead, our system considers things like how recent a review is and if the reviewer bought the item on Amazon. It also analyses reviews to verify trustworthiness.

Kavi
5.0 out of 5 stars Loved the Humor
Reviewed in India on 14 August 2017
Verified Purchase
I loved the humor, and I found myself laughing out loud at some places. Read it if you love Russian literature or even literature in general, if not, this might not be the book for you. I loved the fresh voice - clever and very funny. There were some real insights - not just with regards to the writers - but also ideas such as "the problem of the self".

But there were a couple of places where the book kind of dragged - so I would have given it 4.5 stars rather than 5 stars; but that is not an option.
Read more
Helpful
Report abuse

Oommen Thomas
4.0 out of 5 stars I like this book
Reviewed in India on 10 October 2014
Verified Purchase
I like this book. There are tedious parts, like the second "summer in samarkand" chapter, but on the whole it was really funny and its light.
I liked the parts when she talks of life as a graduate student, and the whole book has this quirky, slightly anecdotal feel to it, which was fun to read. perfect as a holiday read, i guess.
Read more
Helpful
Report abuse

Melachi ibn Amillar
4.0 out of 5 stars Turk unpossessed
Reviewed in the United Kingdom on 8 May 2013
Verified Purchase
I, Melachi ibn Amillar, being of unsound mind and body, did read Elif Batuman's "The Possessed: Adventures with Russian Books and the People Who Read Them" (2010) in April 2013. The book gives an account of her travels, acquaintances and readings while enrolled on a postgraduate course on literature and languages in California. If that sounds a little odd, well so is the book, ranging from Stanford to Turkey to Uzbekistan and Saint Petersburg. Now, the central question, or joke, of the book is posed on page 57: "As a six-foot-tall first generation Turkish woman growing up in New Jersey, I cannot possibly know as much about alienation as you, a short American Jew." I, Melachi, have not read as much Russian literature as Ms Batuman, but have slept with more Russian women than her. Or so one imagines. But why, in short, would anyone care what I, or Elif Batuman, has to say about Russian literature? Perhaps cognizant of the answer to this, we are instead treated to the tragi-comic travails of jetsetting academics, in the manner of a David Lodge. Oddly, the narrator does not seem at all possessed -- she will go anywhere and do anything, providing she can get a grant. I assume there is some real scholarship going on as well, though, perhaps mercifully, we are spared this. As a travelogue with a linguistic bent it is interesting in parts, though rather haphazard. There are no cats in the book. There is a long section at the end about mimeticism involving a summary of the entire plot of "The Possessed" (the Russian novel, already rather well-known, I would have thought), the characters of which she seems to compare to those of her classmates, which I did not quite get.

But the strange thing about the book lies in the writing style. Just as the academics are portrayed as obsessed by their topics, when they clearly are not, the chapters are littered with bizarre statements that look as though they might be clever or amusing, but in fact are just strange. It is as though the text were translated from a Turkish original full of untranslatable wordplay. The style is so remorseless that it develops an horrific charm of its own. "I didn't care about truth; I cared about beauty. It took me many years -- it took the experience of lived time -- to realize that they really are the same thing." (p.10). Quite. "[they] disinfected and bandaged his knee in a visibly efficient fashion." (p. 14). Not invisibly? And this splendid non-sequitur, on which I pondered deeply: "He had been chased several kilometers cross-country by a wild dog. He must be the kind of man who likes women, I remember thinking." (p.15). And: "'little feet'... Pushkin is not here referring... to his own feet. Nonetheless, I saw a pair of Pushkin's boots once in a museum, and they were very small." (p.89). "The gypsy looked at my palm and told me to beware of a woman called Mary ." (p. 91). Mary? "In Moscow, for the first and last [last?] time in my life, I dated bankers. Things didn't work out with the first banker [pray tell, perhaps?], but I still remember the second banker fondly... Rustem was saving up money to pay for parachuting lessons." (p. 93). Melachi does not know why Rustem wanted such lessons, but one suspects, and cannot blame him.
Read more
12 people found this helpful
Report abuse

Damaskcat
5.0 out of 5 stars Russian literature and a summer in Samarkand
Reviewed in the United Kingdom on 17 October 2011
Verified Purchase
I knew very little about Russian literature so I thought this could be an interesting book to read and I did find It interesting reading if not for the reasons I'd expected. Part autobiography and partly about Russian literature this book is full of surreal and inexplicable incidents which remain in the reader's mind after the book has been finished. There are useful lists at the end of the book of authors quoted in the text and of sources used which might send the reader off into new areas of exploration.

I found the author's summer in Samarkand, which forms the middle section of the book, intriguing reading. I particularly loved the description of a game called Perfect Chess `. . . in which each player has, in addition to the standard pieces, two giraffes, two camels, two siege engines, and a vizier . . .' Then there was the author's recurring nightmare about being sent to stay with a family of penguins to learn their language. I also loved her description of the reconstruction of an 18th century ice palace in St Petersburg.

Did I learn anything about Russian literature? Yes quite a bit. I'm now not sure whether I want to read any of it, except Chekov's short stories, because it all seems quite depressing. The book is intriguing reading because of its insight into other cultures which were certainly unfamiliar to me.
Read more
4 people found this helpful
Report abuse

A Buchler
5.0 out of 5 stars Love of literature combined with a sense of humour
Reviewed in the United Kingdom on 28 July 2013
Verified Purchase
I loved Elif Batuman's book! It is a hybrid - part autobiographical novel, part research diary; it is packed with knowledge (gained or being acquired) and ideas, and it will make you laugh out loud. It tells about Russian classics, Uzbekistan and Uzbek culture and abut the vagaries of US graduate life, but, above all, the author's all-consuming love of things literary and her fresh take on lit-crit received wisdom will keep you under its spell from cover to cover.
Read more
2 people found this helpful
Report abuse

Mrs M.
4.0 out of 5 stars Four Stars
Reviewed in the United Kingdom on 28 August 2017
Verified Purchase
A bit hard to get into
Read more
Report abuse

nigel williams
5.0 out of 5 stars Funny and gripping memoir of life in a academe and elsewhere
Reviewed in the United Kingdom on 2 December 2017
Verified Purchase
Great book. Really funny and learned and tolerant and slags the New Yorker. Something that needed doing. I shall read her other books
Read more
Report abuse
See all reviews
Back to top
Get to Know Us
Connect with Us
Make Money with Us
Let Us Help You
EnglishChoose a language for shopping.
© 1996-2021, Amazon.com, Inc. or its affiliates