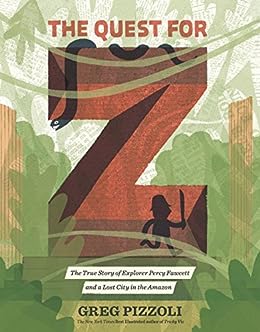 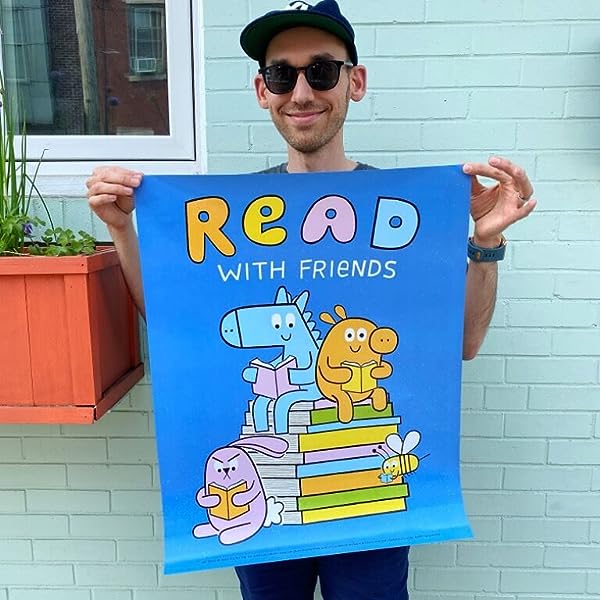 The Quest for Z: The True Story of Explorer Percy Fawcett and a Lost City in the Amazon Kindle Edition

* "Fascinating. . . . A superb snapshot of an adventurer."—Kirkus Reviews, starred review

"With a focus on mystery, peril, and adventure, this inviting biography should easily pique the curiosity of the elementary-school set."—Booklist

An Amazon Best Book of the Year

Selected for Amazon's Best Books of the Year list

"Splendid. . . . Loaded with facts but with good storytelling and high-level illustration. . . . I’m thrilled that Pizzoli has chosen to present [Tricky Vic's] story so compellingly to our nation’s children."—The New York Times

"What a con job! I mean that in the best possible way. Vic was tricky but so is Greg Pizzoli. His storytelling and mixed-media artwork is rendered with expert sleight of hand."—Lane Smith, author/illustrator of It's a Book and the Caldecott Honor book Grandpa Green

"It's hard enough to make a well-told story out of real-life things—it’s almost unfair that he could also make it this pretty."—Jon Klassen, author and illustrator of the Caldecott Medal winner This Is Not My Hat

* "What a fabulous story."—The Bulletin of the Center for Children's Books, starred review
--This text refers to the hardcover edition.

Greg Pizzoli is an author, illustrator and screen printer from Philadelphia. His first picture book, The Watermelon Seed, was published by Disney*Hyperion Books and was the 2014 recipient of the Theodor Seuss Geisel Award. Greg's work has been featured in The New York Times, Communication Arts, 3x3 Magazine and he's won two Portfolio Honor Awards from the Society of Children's Book Writers and Illustrators. After college, Greg spent two years as a full-time volunteer in AmeriCORPS from 2005-2006. In 2009, he received his MFA from the University of the Arts in Philadelphia, where he now teaches. Greg lives in Philadelphia with his wife and two unruly cats. --This text refers to the hardcover edition.

4.0 out of 5 stars
4 out of 5
8 global ratings
How are ratings calculated?
To calculate the overall star rating and percentage breakdown by star, we don’t use a simple average. Instead, our system considers things like how recent a review is and if the reviewer bought the item on Amazon. It also analyses reviews to verify trustworthiness.

Pierre Tonachel
5.0 out of 5 stars A tour de force
Reviewed in the United States on 21 June 2017
Verified Purchase
Greg Pizzoli's lucid text, compelling light-hearted illustrations and serendipitous sidebars make this book hard to put down--even for adult readers. A tour de force for its projected readership, which should find it even more an adventure than his earlier masterful "Tricky Vic" which charmed our grandchildren, now 9 and 14 years old.
Read more
One person found this helpful
Report abuse
See all reviews
Back to top
Get to Know Us
Connect with Us
Make Money with Us
Let Us Help You
EnglishChoose a language for shopping.
© 1996-2021, Amazon.com, Inc. or its affiliates