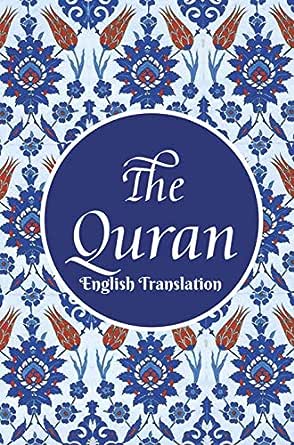 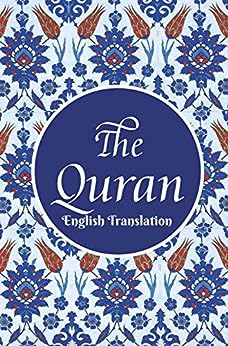 4.3 out of 5 stars
4.3 out of 5
956 global ratings
How are ratings calculated?
To calculate the overall star rating and percentage breakdown by star, we don’t use a simple average. Instead, our system considers things like how recent a review is and if the reviewer bought the item on Amazon. It also analyses reviews to verify trustworthiness.

amz cus
5.0 out of 5 stars learn everything. and be good and humble.
Reviewed in India on 11 March 2018
Verified Purchase
know what is true religion. quran tells how a human being must lead this life and to be in good path.
i have seen many friends talking without knowing about other religion. know what is there. there is no point in criticizing and saying bad about others..

Dr. Animesh Dasy
5.0 out of 5 stars The holy book Quran
Reviewed in India on 13 March 2016
Verified Purchase
Want to know about Muslims? Then mast read the Quran and explore the peace of mind.
Read more
26 people found this helpful
Helpful
Comment Report abuse

Kashif
5.0 out of 5 stars Five stars
Reviewed in India on 20 January 2017
Verified Purchase
Holy Quran is obviously the best. English translation is done with perfection, pages were neat didn't had any problem in reading. Highly recommended for everyone if want to explore islam.
Read more
8 people found this helpful
Helpful
Comment Report abuse

Manish Kumar
5.0 out of 5 stars Every one must read.
Reviewed in India on 30 August 2020
Verified Purchase
Every one must read Quran atleast once in a lifetime. Then only people will come to know about Islam and Muslims in general and why they behave in a certain way. It is this curiosity to know why Muslims behave in a certain way that compelled me to read the Quran. I chose this version to read as it was written in easy to understand language.
Read more
Helpful
Comment Report abuse

Arsalan
5.0 out of 5 stars Easy to read !!!
Reviewed in India on 18 November 2018
Verified Purchase
Though this is not the exact translation of the Holy Quran . But it reflects the spirit of Quran very well . This should be read by everyone ,so they can relate themself with words of the Lord .
Read more
Helpful
Comment Report abuse

I personally wanted a version which was written in a flowing style, with relatively straightforward prose (i.e. no “Thee” and “Thou”) but still retained a scriptural characteristic. If this is the sort of translation you are looking for then this edition fits the criteria.

This edition does contain footnotes to aid understanding; however the authors who provided these tend to wander into the territory of homily. This can become a little frustrating when you are seeking explanation of what a specific name, place of event is. That aside, you do not need much historic, religious or referential knowledge to read the Quran and gain a decent understanding.

The translation reads fluidly and avoids awkward turns of phrase. It took me little over a week to read, though I did put aside a little more reading time than normal to finish it in this time frame – though at around 77,000 word long is relatively short for a book.

A passing familiarity with the Bible (mainly Old Testament) is useful, though the list of characters referred to from that book is narrow and they keep reappearing in the text.

Altogether an easily readable translation of the Quran .

fenric71
3.0 out of 5 stars A bit hard going
Reviewed in the United Kingdom on 17 January 2019
Verified Purchase
Wanted to learn more about the Quran.. however I should have got an explanation book to go with it.
I'm not a Muslim myself but I enjoy knowing and learning about different cultures.
Read more
5 people found this helpful
Report abuse

dipseadiver
3.0 out of 5 stars Purchased for a better understanding of a religion not familiar to me
Reviewed in the United Kingdom on 27 July 2016
Verified Purchase
Trouble is if you don't speak Arabic it is hard to know if the translation is all it should be. When discussing with an Egyptian colleague of mine it seemed we had differing views on some of the translation as seen in this book and that understood by my friend. I purchased this with the intention of trying to understand a little more of a religion that at present receives a lot of bad press. Judging by the translation I would say Islam is just the excuse used by radicals for their own ends.
Read more
3 people found this helpful
Report abuse

Nadia
4.0 out of 5 stars Well presented.
Reviewed in the United Kingdom on 21 February 2017
Verified Purchase
The translation is easy to follow and the format is unintimidating for a religious text. A worthwhile addtion to your library whether or not you're a Muslim, especially given our current political climate.
Read more
3 people found this helpful
Report abuse

Kev
5.0 out of 5 stars Good and Concise.
Reviewed in the United Kingdom on 5 December 2016
Verified Purchase
A very difficult read when you know what's gone on in the world and how distorted the book has become. As a University level graduate in English I have no complaints over the translation, it's format is a bit messy but it's accurate which counts. Let's be honest about it, what book on religion isn't difficult to read?
Read more
3 people found this helpful
Report abuse
See all reviews
click to open popover
Unlimited FREE fast delivery, video streaming & more
Prime members enjoy unlimited free, fast delivery on eligible items, video streaming, ad-free music, exclusive access to deals & more.
> Get started
Back to top
Get to Know Us
Connect with Us
Make Money with Us
Let Us Help You
EnglishChoose a language for shopping.
© 1996-2020, Amazon.com, Inc. or its affiliates