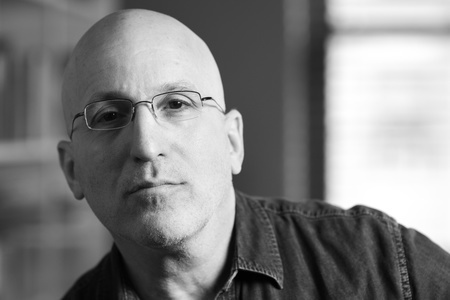 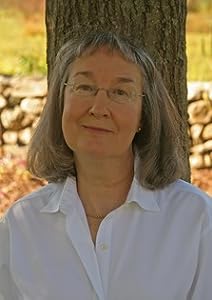 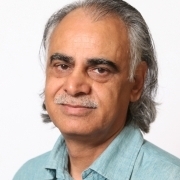 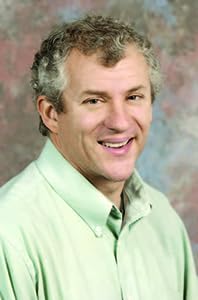 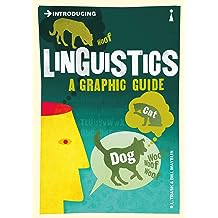 Introducing Linguistics: A Graphic Guide (Introducing...) 5 Jun, 2014
by R. L. Trask, Bill Mayblin
( 81 )
₹174.91 ₹262.08
You Save: ₹87.17(33%)
Covering thinkers from Aristotle to Saussure and Chomsky, "Introducing Linguistics" reveals the rules and beauty that underlie language, our most human skill.
Read more
Other Formats: Paperback
inclusive of all taxes 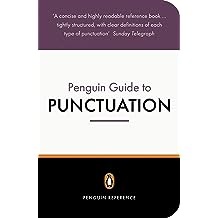 The Penguin Guide to Punctuation (Penguin Reference Books) 13 Jun, 2019
by R L Trask
( 201 )
₹308.57 ₹549.15
You Save: ₹240.58(44%)
The Penguin Guide to Punctuation is indispensable for anyone who needs to get to grips with using punctuation in their written work. Whether you are puzzled by colons and semicolons, unsure of where commas should go or baffled by apostrophes, this jargon-free, succinct guide is for you.
Read more
Other Formats: Paperback
inclusive of all taxes 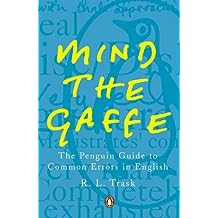 Mind the Gaffe: The Penguin Guide to Common Errors in English 30 Jan, 2003
by R L Trask
( 17 )
₹336.30 ₹479.85
You Save: ₹143.55(30%)
Can anything be described as 'very real'? There are so many obstacles on the way to writing clear, precise ('accurate'?) English ('english'?) that it is a wonder ('wander'?) anyone ('any one' or 'anyone'?) can be understood. Fortunately, all those who have ever feared being shown up by using one of the twenty worst words and phrases to be avoided at all costs, or confusing the complex with the complicated, can now relax and even enjoy a trouble-shooting guide to good writing. Trask's wonderfully readable and authoritative book adjudicates on hundreds of contentious issues from politically correct language to whether to write 'napkin' or 'serviette'.
Read more
Other Formats: Hardcover , Paperback
inclusive of all taxes 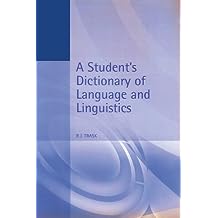 A Student's Dictionary of Language and Linguistics (Arnold Student Reference) 1 May, 2014
by Larry Trask
( 2 )
₹3,290.70
The terminology used in linguistics can be confusing for those encountering the subject for the first time. This dictionary provides accessible and authoritative explanations of the terms and concepts currently in use in all the major areas of language and linguistics, (pronunciation, word structure, sentence structure, meaning) as well as in the study of the social, anthropological, psychological and neurological aspects of language. Entries are clear and unambiguous, and helpful examples are used to clarify where appropriate. Particular attention is given to the terminology of traditional grammar. There are entries for the names of major language families, and there are also brief biographical entries for the major figures in the field, past and present. An extensive cross-referencing system makes the book easy to use: an invaluable annotated bibliography of texts on linguistics makes it an ideal guide for everyone beginning the study of language and linguistics.
Read more
Other Formats: Hardcover , Paperback
inclusive of all taxes 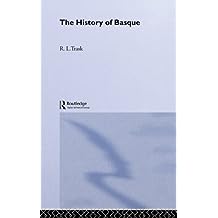 The History of Basque 13 Sep, 2013
by R. L. Trask
( 5 )
₹2,793.00
Basque is the sole survivor of the very ancient languages of Western Europe. This book, written by an internationally renowned specialist in Basque, provides a comprehensive survey of all that is known about the prehistory of the language, including pronunciation, the grammar and the vocabulary. It also provides a long critical evaluation of the search for its relatives, as well as a thumbnail sketch of the language, a summary of its typological features, an external history and an extensive bibliography. 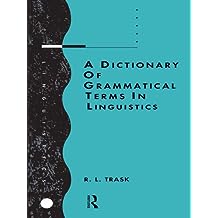 A Dictionary of Grammatical Terms in Linguistics 15 Apr, 2013
by R.L. Trask
( 5 )
₹4,886.70
This dictionary of grammatical terms covers both current and traditional terminology in syntax and morphology. It includes descriptive terms, the major theoretical concepts of the most influential grammatical frameworks, and the chief terms from mathematical and computational linguistics. It contains over 1500 entries, providing definitions and examples, pronunciations, the earliest sources of terms and suggestions for further reading, and recommendations about competing and conflicting usages. The book focuses on non-theory-boumd descriptive terms, which are likely to remain current for some years.
Aimed at students and teachers of linguistics, it allows a reader puzzled by a grammatical term to look it up and locate further reading with ease. 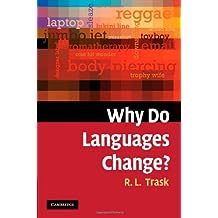 Why Do Languages Change? 24 Dec, 2009
by Larry Trask
( 5 )
₹2,140.35
The first recorded English name for the make-up we now call blusher was paint, in 1660. In the 1700s a new word, rouge, displaced paint, and remained in standard usage for around two centuries. Then, in 1965, an advertisement coined a new word for the product: blusher. Each generation speaks a little differently, and every language is constantly changing. It is not only words that change, every aspect of a language changes over time - pronunciation, word-meanings and grammar. Packed with fascinating examples of changes in the English language over time, this entertaining book explores the origin of words and place names, the differences between British and American English, and the apparent eccentricities of the English spelling system. Amusingly written yet deeply instructive, it will be enjoyed by anyone involved in studying the English language and its history, as well as anyone interested in how and why languages change.
Read more
Other Formats: Hardcover , Paperback
inclusive of all taxes 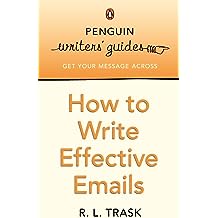 The Penguin Writers' Guides series provides authoritative, succinct and easy-to-follow guidance on specific aspects of written English. Whether you need to brush up your skills or get to grips with something for the first time, these invaluable Guides will help you find the best way to get your message across clearly and effectively.

Many of us are spending more and more time using emails, especially at work. This practical guide steers you through all the basics and 'netiquette' of emailing strangers, business contacts and colleagues: from setting up an email account, presentation and formatting of your emails to how to avoid offensive blunders and the legal issues surrounding this kind of writing. It offers indispensable guidance for simple and direct writing - including cultural differences, appropriate language and common pitfalls - so that your emails give the best possible impression. 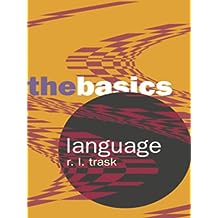 What makes human language unique?
Do women speak differently from men?
Just what is the meaning of "meaning"?

Language: The Basics provides a concise introduction to the study of language. Written in an engaging and entertaining style, it encourages the reader to think about the way language works.

* chapters on 'Language in Use', 'Attitudes to Language', 'Children and Language' and 'Language, Mind and Brain'
* a section on sign language
* a glossary of key terms
* handy annotated guides to further reading.

Providing an accessible overview of a fascinating subject, this is an essential book for all students and anyone who's ever been accused of splitting an infinitive.