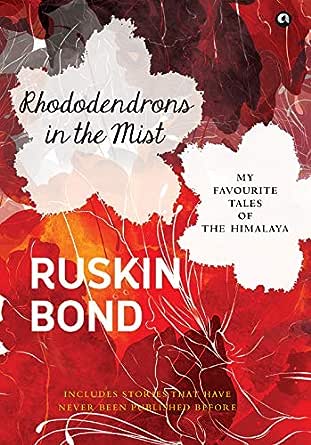 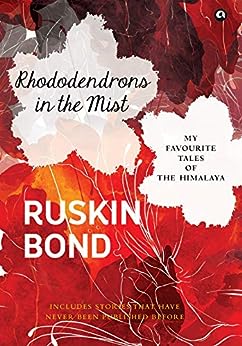 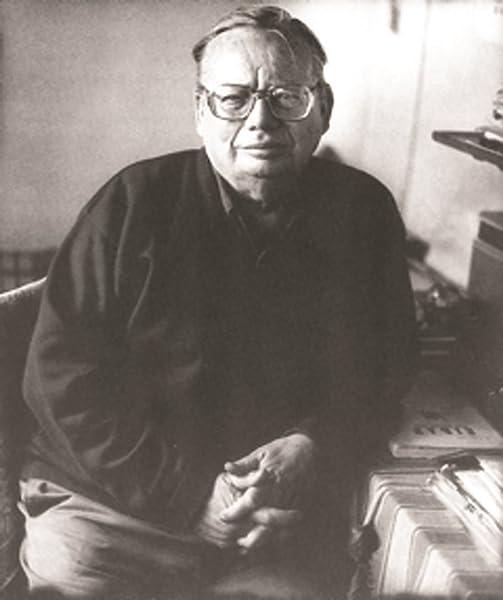 RHODODENDRONS IN THE MIST: My Favourite Tales of the Himalaya Kindle Edition

RUSKIN BOND is the author of several bestselling novels and collections of short stories, essays, and poems. These include The Room on the Roof (winner of the John Llewellyn Rhys Prize), A Flight of Pigeons, The Night Train at Deoli, Time Stops at Shamli, Our Trees Still Grow in Dehra (winner of the Sahitya Akademi Award), Angry River, The Blue Umbrella, Delhi is Not Far, Rain in the Mountains, Tigers for Dinner, Tales of Fosterganj, A Gathering of Friends, Upon An Old Wall Dreaming, Small Towns, Big Stories, Unhurried Tales, and A Gallery of Rascals.

4.6 out of 5 stars
4.6 out of 5
13 customer ratings
How does Amazon calculate star ratings?
Amazon calculates a product's star ratings based on a machine learned model instead of a raw data average. The model takes into account factors including the age of a rating, whether the ratings are from verified purchasers and factors that establish reviewer trustworthiness.

Ruchi
5.0 out of 5 stars Must read
Reviewed in India on 8 April 2020
Verified Purchase
I liked how author has taken one concept or place and written short short stories, experiences or tales based on same concept. All the tales are amazingly written. I loved the narration style of the author. It had magical effect on me. I have never been on Himalaya till now but I could imagine and visualise the scenes. I loved the vocabulary and language used definitely. No need comments on other components of the writing or book as such. Indeed a good book. Recommended from my side. And a must read.
Read more
Helpful
Comment Report abuse

archanaa
5.0 out of 5 stars Five stars
Reviewed in India on 25 December 2019
Verified Purchase
Five stars for rhododendrons in the mist, breakfast at barog and Garden of dreams.
Read more
Helpful
Comment Report abuse

Nicholas Alvares
5.0 out of 5 stars I wish I lived in the hills.
Reviewed in India on 24 December 2019
Verified Purchase
Each and very story transported me to heaven. Thank you Ruskin for creating such magic. God bless you with good health and happiness.
Read more
Helpful
Comment Report abuse

Sahil Pradhan
5.0 out of 5 stars Into the misty mountains
Reviewed in India on 8 January 2020
A collection of Ruskin Bond’s short stories embodies his signature writing against the grain. While only some of stories in ‘Rhododendrons in the mist’ are historical and real life narratives but they are all given the Ruskin Bond treatment.

In Rhododendrons in the mist , most of the characters inhabit a rural landscape; even the city dwellers among them are villagers afflicted by an acute sense of displacement. Hostage to a jumble of hopes and fears, but only moderate in their yearnings, these ordinary men and women try to cope with the dangers they face as best they can. To be alone is to be vulnerable by default, to lack allies. So most of them go down fighting, and in Bond’s telling, with the fragile dignity of the wounded. It’s as if by writing their stories the author is restoring them, in all their humanity, back to this world, our world.

Ruskin Bond is a household name in India. His writings have captivated readers of all ages for a long while now. Even those who aren’t avid readers would have read his short stories in their school syllabus or seen his tales adapted to Bollywood movies. He has witnessed some interesting times and his tales take us to the Raj, the partition and aftermath of these historical events. In Ruskin Bond’s fiction, fantasy, fairy tales and reality blend seamlessly to evoke dark and humorous tales about the small town India. As Ruskin Bond unfolds India’s streets and life layer by layer, light remains never far behind as he laces his stories with humor, wit and charm.

For more than half a century, he is one writer who has understood, felt and celebrated the wonder and magnificence of nature, which other contemporary Indian writers have been disastrous at. He writes about his escapades in the natural world; the encounter with snow leopards and cheetahs in the dark streets of Mussoorie; the first pre-monsoon shower of the Himalayas; the fragrance of the petite rose-begonia; the elfin ivy veil that creeps into his room; and the chorus of the insects in the shadow of the full moon. He yields magic with his fountain pen and paints opulent and majestic images, which we as readers can feel, experience and visualise. Like a magician, he beckons us to slip into imagination and slowly drift into the tranquil life with nature, truly idyllic, which today most of us are unable to lead as we find ourselves increasingly trapped in the cobweb of mundane tasks and trials.

Ruskin Bond reminds me of Roald Dahl because they both use interesting language and really funny phrases to describe their characters and their stories. They both write simple but wonderful stories. Even though, Roald Dahl is more fantastical and Ruskin Bond’s stories feel like memoirs but presented as a story. It was a great read because it has a lot of different emotions and I like the way Ruskin Bond has written it: a simple story made into such a touching and sad book.

It’s Bond’s nature to feel concerned and affectionate towards those who are exceptions. They are afflicted with the misery of being unable to live according to rules. They face endless harassment and vilification. Isolating themselves from others, they create their own private worlds. Nevertheless, they experience the immense joy that transgression brings. They are the ones who render the old rules defunct and lead us to new ways of being. They function to the best of their creative abilities. In this way, they fulfil their historical role of taking society forward.

Many of these stories pivot on varying viewpoints in an almost anarchic manner. Which means that characters and plot do on occasions take a back seat. What we’re left with is the questioning intelligence and the style – satirical, slantwise, sardonic – especially manifested in external dialogue and inner speech.

Aren’t short stories the best? They are really handy for a quick read during coffee break or while travelling to work.

Often, books, especially from non-whites, are burdened with the task of conveying a moral, or following a conventional arc of redemption. There are no morals, no enlightenment; just bliss, chuckles and gasps. And ample clichés. The stories are sensational, scandalous, often predictable but nevertheless entertaining. And that is what makes Bond’s stories in Rhododendrons in the mist special.

How can I judge a classic by the master story teller of almost half century?

One half of the book is devoted to unsettling, sometimes terrifying stories of murder, mystery, and the supernatural. Kicking off with the sinister ‘Rhododendrons in the Mist’, a brand-new story, this section assembles chilling stories like ‘A Face in the Dark’, ‘Eyes of the Cat’, ‘Panther’s Moon’, and ‘The Skull’. The second section comprises tales that concern themselves with the everyday drama of life in the Himalaya. Starting with the autobiographical ‘Breakfast at Barog’, which has never before appeared in print, this section includes timeless stories like ‘The Blue Umbrella’, ‘The Cherry Tree’, and ‘A Long Walk for Bina’. The book concludes with an enthralling new story, ‘The Garden of Dreams’.

Let me just talk about the new ones for the old ones everyone knows are timeless and the best of his craft that has been distilled down to us for re reading and feeling that same sense of enjoyment.

Breakfast at Barog has at peculiar Ruskin Bond treatment. If you have read Bond’s memoirs, it has that sense of detail which shows his immense experience by venturing inti these Misty mountains, lyricism, his words and metaphors have such an impact the book has immense amount of lines and underlines in it, and finally humour, as book of Bond is complete without some satire and humour added to it.

Rhododendrons in the mist, the brand new story shows you a new Bond style which was kind of hidden in the recent times, a sinister story, it shows you Bond’s prowess over all genres of fiction and wonderfully he can bind them into each of his tale and collection.

In these distrusted and disturbing times, Bond’s book full of chuckles and clichés save you. Those peaceful mountains is what we expect to see after this dark veil of facism has been removed.


Read more
One person found this helpful
Helpful
Comment Report abuse
See all reviews from India
click to open popover
Unlimited FREE fast delivery, video streaming & more
Prime members enjoy unlimited free, fast delivery on eligible items, video streaming, ad-free music, exclusive access to deals & more.
> Get started
Back to top
Get to Know Us
Connect with Us
Make Money with Us
Let Us Help You
EnglishChoose a language for shopping.
© 1996-2020, Amazon.com, Inc. or its affiliates