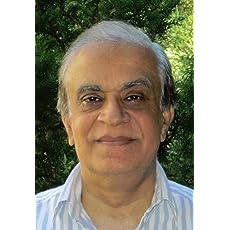 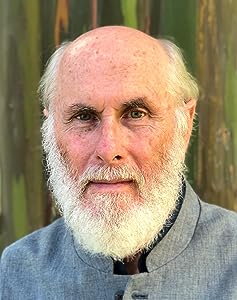 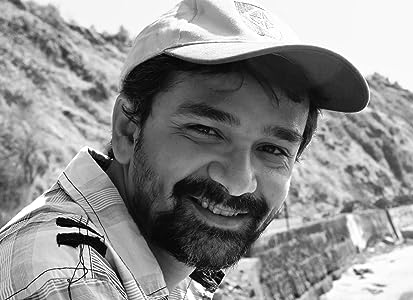 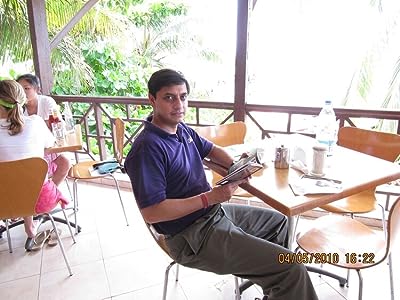 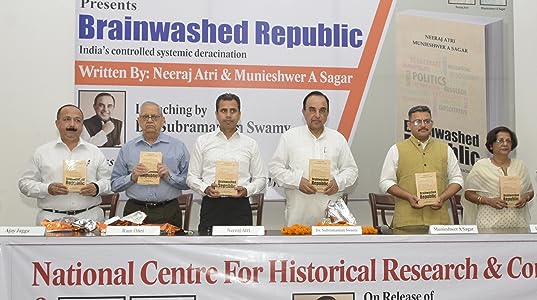 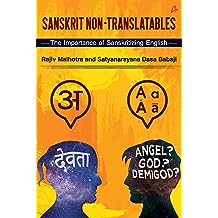 Sanskrit Non-Translatables: The Importance of Sanskritizing English 6 Nov, 2020
by Rajiv Malhotra, Satyanarayana Dasa Babaji
( 467 )
₹260.19 ₹330.75
You Save: ₹70.56(21%)
Sanskrit Non-Translatables is a path-breaking and audacious attempt at Sanskritizing the English language and enriching it with powerful Sanskrit words. It continues the original and innovative idea of nontranslatability of Sanskrit, first introduced in the book, Being Different. For English readers, this should be the starting point of the movement to resist the digestion of Sanskrit into English, by introducing loanwords into their English vocabulary without translation.

The book presents a thorough mechanism of the process of digestion and examines the loss of adhikara for Sanskrit because of translating its core ideas into English. The movement launched by this book will resist this and stop the programs that seek to turn Sanskrit into a dead language by translating all its treasures to render it redundant. It discusses fifty-four non-translatables across various genres that are being commonly mistranslated. It empowers English speakers with the knowledge and arguments to introduce these Sanskrit words into their daily speech with confidence. Every lover of India's sanskriti will benefit from the book and become a cultural ambassador propagating it through routine communications.

"This book makes a convincing case that English is deficient in its ability to express the profound meanings of the shastras for which Sanskrit words are necessary. I congratulate the authors for their innovative thinking and bold initiative."
- Swami Govindadev Giri, Trustee and Treasurer, Shri Ram Janmbhoomi Teerth Kshetra

"Sanskrit Non-Translatables takes fifty-four indisputably foundational concepts, arranges them in a fourfold typology that moves from terra firma to terra cognita to the cosmos, and contests the irrationality, the untenability and the 'design' of their widely employed English equivalents. With its well-thought-out prefatory essays, this is a book that every English-educated Indian must read to further 'decolonise' his mind and stand up to the hegemony of Western thought."
- Dr. Kapil Kapoor, Chairman, Indian Institute of Advanced Study, Shimla


"Rajiv Malhotra carries his battle for Sanskrit a step further in this book. Short of having Sanskrit itself as the language of pan-Indian intellectual discourse, we must insist that as long as English continues to play this role, Sanskrit words should be used in English on account of their unique semantic valence so that a whole culture and an entire worldview is not lost in translation."
- Prof. Arvind Sharma, McGill University

"Sanskrit Non-Translatables is an important book that makes a powerful case for what it calls the Sanskritization of the English language by introducing key Sanskrit loanwords into English vocabulary and keeping them untranslated. This is a bold and innovative approach that deserves to be pursued in parallel with teaching Sanskrit itself."
- Dr. Subhash Kak, author of Matter and Mind,
The Gods Within, and other books
Read more
Other Formats: Hardcover
inclusive of all taxes 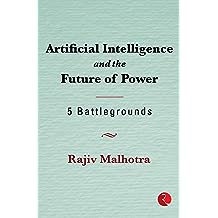 Artificial Intelligence and the Future of Power: 5 Battlegrounds 10 Jan, 2021
by RAJIV MALHOTRA
( 388 )
₹496.85 ₹609.00
You Save: ₹112.15(18%)
Artificial Intelligence is only partially visible, just like an iceberg. To understand it fully, we must look beneath the surface. The positiveside is that technology is making machines smarter. However, the deeperview explained in this book shows that AI is also making a growingnumber of people cognitively and psychologically dependent on digitalnetworks.

Whether you are a social media fanatic, a diehard AIaficionado, or a paranoid sceptic, it is impossible to escape theubiquitous impact of AI. Artificial Intelligence is the brains bringingtogether quantum computing, nanotechnology, medical technology,brain-machine interface, robotics, aerospace, 5G, Internet of Things,and more. It is amplifying human ingenuity and disrupting thefoundations of healthcare, military, entertainment, education, marketing and manufacturing.

Artificial Intelligence and The Future of Power argues that this AI-driven revolution will have an unequal impact ondifferent segments of humanity. There will be new winners and losers,new haves and have-nots, resulting in an unprecedented concentration ofwealth and power.

After analyzing society's vulnerabilities tothe impending tsunami, the book raises troubling questions that provokeimmediate debate: Is the world headed toward digital colonization by the USA and China? Will depopulation become eventually unavoidable? 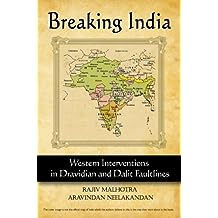 Breaking India: Western Interventions in Dravidian and Dalit Faultlines 12 Apr, 2011
by Rajiv Malhotra, Aravindan Neelakandan
( 802 )
₹646.64
India's integrity is being undermined by three global networks that have well-established operating bases inside India: (i) Islamic radicalism linked with Pakistan, (ii) Maoists and Marxist radicals supported by China via intermediaries such as Nepal, and (iii) Dravidian and Dalit identity separatism being fostered by the West in the name of human rights. This book focuses on the third: the role of U.S. and European churches, academics, think-tanks, foundations, government and human rights groups in fostering separation of the identities of Dravidian and Dalit communities from the rest of India. The book is the result of five years of research, and uses information obtained in the West about foreign funding of these Indian-based activities. The research tracked the money trails that start out claiming to be for “education,” "human rights," “empowerment training,” and “leadership training,” but end up in programs designed to produce angry youths who feel disenfranchised from Indian identity.

The book reveals how outdated racial theories continue to provide academic frameworks and fuel the rhetoric that can trigger civil wars and genocides in developing countries. The Dravidian movement’s 200-year history has such origins. Its latest manifestation is the “Dravidian Christianity” movement that fabricates a political and cultural history to exploit old faultlines. The book explicitly names individuals and institutions, including prominent Western ones and their Indian affiliates. Its goal is to spark an honest debate on the extent to which human rights and other “empowerment” projects are cover-ups for these nefarious activities. 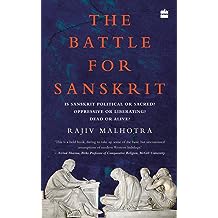 The Battle for Sanskrit: Is Sanskrit Political or Sacred, Oppressive or Liberating, Dead or Alive? 10 Jan, 2016
by Rajiv Malhotra
( 281 )
₹279.50 ₹559.00
You Save: ₹279.50(50%)
There is a new awakening in India that is challenging the ongoing westernization of the discourse about India. The Battle for Sanskrit seeks to alert traditional scholars of Sanskrit and sanskriti - Indian civilization - concerning an important school of thought that has its base in the US and that has started to dominate the discourse on the cultural, social and political aspects of India. This academic field is called Indology or Sanskrit studies. From their analysis of Sanskrit texts, the scholars of this field are intervening in modern Indian society with the explicitly stated purpose of removing 'poisons' allegedly built into these texts. They hold that many Sanskrit texts are socially oppressive and serve as political weapons in the hands of the ruling elite; that the sacred aspects need to be refuted; and that Sanskrit has long been dead. The traditional Indian experts would outright reject or at least question these positions.

The start of Rajiv Malhotra's feisty exploration of where the new thrust in Western Indology goes wrong, and his defence of what he considers the traditional, Indian approach, began with a project related to the Sringeri Sharada Peetham in Karnataka, one of the most sacred institutions for Hindus. There was, as he saw it, a serious risk of distortion of the teachings of the peetham, and of sanatana dharma more broadly.

Whichever side of the fence one may be on, The Battle for Sanskrit offers a spirited debate marshalling new insights and research. It is a valuable addition to an important subject, and in a larger context, on two ways of looking. Is each view exclusive of the other, or can there be a bridge between them? Readers can judge for themselves. 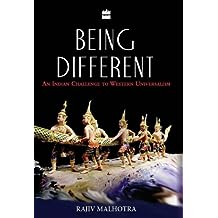 Being Different: An Indian Challenge to Western Universalism 10 Oct, 2011
by Rajiv Malhotra
( 441 )
₹336.00 ₹449.00
You Save: ₹113.00(25%)
India is more than a nation state. It is also a unique civilization with philosophies and cosmology that are markedly different from thedominant culture of our times - the West. Indian spiritual traditionspring from dharma which has no exact equivalent in Western frameworks.Unfortunately, in the rush to celebrate the growing popularity of Indiaon the world stage, its civilizational matrix is being co-opted intoWestern universalism, thereby diluting its distinctiveness andpotential.

In Being Different: An Indian Challenge to Western Universalism, thinker and philosopher Rajiv Malhotra addresses the challenge of adirect and honest engagement on differences by reversing the gaze,repositioning India from being the observed to the observer and lookingat the West from the Dharmic point of view. In doing so, he challengesmany hitherto unexamined beliefs that both sides hold about themselvesand each other. He highlights that while unique historical revelationsare the basis for Western religions, dharma emphasizes self-realizationin the body here and now. He also points out the integral unity thatunderpins dharma's metaphysics and contrasts this with Western thoughtand history as a synthetic unity.

Erudite and engaging, BeingDifferent critiques fashionable reductive translations and analyzes theWest's anxiety over difference and fixation for order which contrast the creative role of chaos in dharma. It concludes with a rebuttal ofWestern claims of universalism, while recommending amulti-civilizational world view. 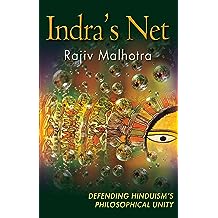 Indra's Net 23 Jan, 2014
by Rajiv Malhotra
( 161 )
₹312.55 ₹479.00
You Save: ₹166.45(35%)
Originating in the Atharva Veda, the concept of Indra's Net is a powerful metaphor for interconnectedness. It was transmitted via Buddhism's Avatamsaka Sutra into Western thought, where it now resides at the heart of post-modern discourse. According to this metaphor, nothing ultimately exists separately by itself and all boundaries can be deconstructed. This book invokes Indra's Net to articulate the open architecture, unity and continuity of Hinduism. Seen from this perspective, Hinduism defies pigeonholing into the traditional, modern and post-modern categories by which the West defines itself; rather, it becomes evident that Hinduism has always spanned all three categories simultaneously and without contradiction.It is fashionable among intellectuals to assert that dharma traditions lacked any semblance of unity before the British period, and that the contours of contemporary Hinduism were bequeathed to us by our colonial masters. Such arguments routinely target Swami Vivekananda, a key interlocutor who shattered many deeply rooted prejudices against Indian civilization. They accuse him of having camouflaged various alleged 'contradictions' within traditional Hinduism, and charge him with having appropriated the principles of Western religion to 'manufacture' a coherent and unified worldview and set of practices known today as Hinduism.Indra's Net: Defending Hinduism's Philosophical Unity provides a foundation for theories that slander contemporary Hinduism as illegitimate, ascribing sinister motives to its existence, and characterizing its fabric as oppressive. Rajiv Malhotra offers a detailed, systematic rejoinder to such views, and articulates the multidimensional, holographic understanding of reality that grounds Hindu dharma. He also argues that Vivekananda's creative interpretations of Hindu dharma informed and influenced many Western intellectual movements of the post-modern era. Indeed, as he cites with many insightful examples, appropriations from Hinduism have provided a foundation for cutting-edge discoveries in several fields, including cognitive science and neuroscience.
Read more
Other Formats: Hardcover , Paperback
inclusive of all taxes