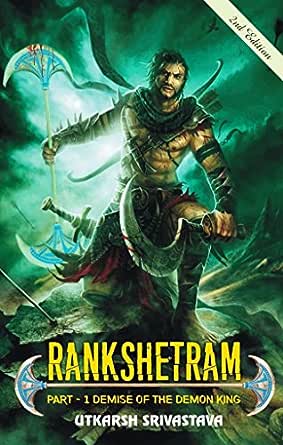 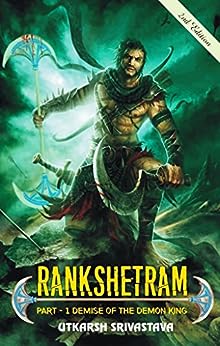 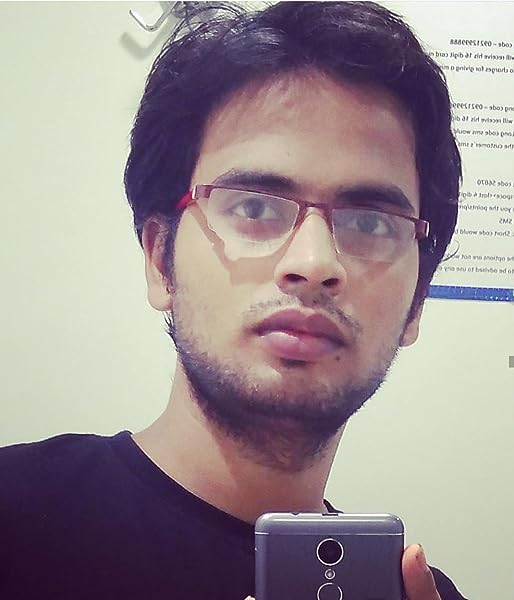 Right from childhood days, Utkarsh Srivastava was fond of drawing sketches of mythological heroes of Ramayana as well as Mahabharata. After he had gone through the in-depth meaning of these epics, he started writing from his school days, and within a year, he wrote two novels in his diaries and titled it as Mahayudh, but it was not published. After four years, he rewrote it, enhancing the previous story, and as a result, he came up with the series Rankshetram. --This text refers to the paperback edition.

3.8 out of 5 stars
3.8 out of 5
8 global ratings
How are ratings calculated?
To calculate the overall star rating and percentage breakdown by star, we don’t use a simple average. Instead, our system considers things like how recent a review is and if the reviewer bought the item on Amazon. It also analyses reviews to verify trustworthiness.

Priyam Ghosh
4.0 out of 5 stars Its a very engaging and enthralling read.
Reviewed in India on 30 November 2017
Verified Purchase
The fantasy genre always fascinated me. Be it Ramayana-Mahabharata or any other. Rankshetram is a book written by debutante Utkarsh Srivastava. The tale is set in a period between Ramayana and Mahabharat. Vikramjit is the king of Vidarbha who constantly tries to kill the demon King Markesh. In the process he loses his own life and his son Tejasvi vowes to avenge his death. The quest of Tejasvi, Akhand, Yugandhar and Suryan through the patallok is also very enthralling. The thrill is kept until the very last. But it would be much more interesting if the demise of Markesh was not mentioned in the Title itself.
Now coming to the worst part of the book. The editing is AWEFUL. Grammatical errors, spelling mistakes, naming errors are in each and every pages of the book. I was very disappointed that a very fine book is spoiler through these mistakes. The publishers should publish a revised edition.
Recommended for the fantasy epic lovers.

Harsh Adani
3.0 out of 5 stars The plot was good, but the language was awful.
Reviewed in India on 30 November 2017
Verified Purchase
Rankshetram by Utkarsh Srivastava is a fantasy novel, which describes the era of Asuras and manvas and nagas. The overall plot was amazing, the story was too good and unique, I enjoyed the different races and their backstory, it was quite enough to get you hooked with the book. However, the language was really awful, the novel should have been edited properly, there were many grammatical mistakes and errors, the writer should have described various scenes and wars in a meticulous way rather than in a minute one. Another drawback which I felt was that the writer should have kept some suspense about the demise of Markesh, but instead he declared it right from the start that he is going to die, so it was really futile to evolve some cursiousness or suspense. Morever, it was his debut book, expect to read more with a proper edited novel and eager for part 2! If you are a light reader, you may opt for this novel!
Read more
2 people found this helpful
Helpful
Comment Report abuse

Gayatri
2.0 out of 5 stars Nice effort
Reviewed in India on 30 November 2017
Verified Purchase
The story and the plot is good.
However it takes a bit of imagination to know what is going on in the story. If you can’t imagine and go into the era then you might get confused as to what was going on in the plot. Story is filled with action and adventures, but could have been more clear in the perspective of the plot and characters. It either goes slowly and then suddenly jump may make you think.
Overall a good effort and a good plot. Could have been better.
Being the first book of the author, worth the try.
For a beginner into books, worth trying due to easy language it has.
Overall it doesn’t keep you binded to it and may confuse so giving it 2 stars.

Amazon Customer
5.0 out of 5 stars Good Work by the Author
Reviewed in India on 3 December 2017
Verified Purchase
Took this book as told by my friend, and glad I did.
It is a gem of a book.
Easy flowing. Good language and narration.
Good work by the author.
Read more
Helpful
Comment Report abuse

Vishal
5.0 out of 5 stars Amalgamation of characters is really amazing
Reviewed in India on 21 November 2017
Verified Purchase
It is really tough to maintain the flow of the story with lots of characters. Looking at the flow of story, I really appreciate the effort of author that the flow of story is really smooth and cannot be questioned on the link between the characters. One more thing I want to say that the detailing of fight scenes is not so elaborated in 1st 4 chapters, afterwards the action scenes are in detail. You are going to love this book if you like to read fictional stories.
Read more
Helpful
Comment Report abuse

Aparna Preethi
4.0 out of 5 stars Good attempt
Reviewed in India on 3 December 2017
A mythological epic story, unfurling with the historical characters is something that don’t show up recurrently. The narration of war at the end scores the credit. The action part is narrated in a way that reader can easily picture it. The author has opted a simple language instead of an ostentatious style, which is yet another added point, since the reader can easily get into the fiction.
Read more
Helpful
Comment Report abuse

Suraj
5.0 out of 5 stars thriller in mythology
Reviewed in India on 9 March 2018
Language is very simple and easy to understand.
Read more
Helpful
Comment Report abuse
See all reviews
click to open popover
Unlimited FREE fast delivery, video streaming & more
Prime members enjoy unlimited free, fast delivery on eligible items, video streaming, ad-free music, exclusive access to deals & more.
> Get started
Back to top
Get to Know Us
Connect with Us
Make Money with Us
Let Us Help You
EnglishChoose a language for shopping.
© 1996-2020, Amazon.com, Inc. or its affiliates