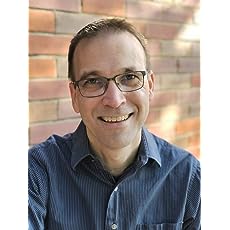 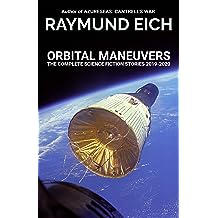 A mission to terraform a lifeless, rocky planet
A private detective uncovering the ultimate crime
A woman called by an ex-boyfriend… who’s been dead twenty years
A President breaking his country’s highest law
A star athlete discovering the true price of a championship

–and enjoy five more tales, in the latest installment of the Complete Science Fiction Stories of Raymund Eich.
Read more
Other Formats: Paperback
inclusive of all taxes 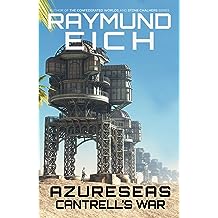 A world of sandy beaches under a yellow-orange sun. Human developers could turn it into the next great tourist world of the Consortia… except for its large, dangerous native animals.

Ross Cantrell joined the animal control mission on Azureseas to earn the money he needed to marry and start a life together with his girlfriend. Dirty work, but necessary to keep people safe. Like plinking tree cats back home.

Then Ross discovers the truth about the planet’s “animals.”

His former plans no longer matter. Against high-tech soldiers, illicit brain-hackers, and the billionaires backing them both, he puts everything at risk. Money. Love. Even his own life.

All to do the right thing for humans and aliens alike. 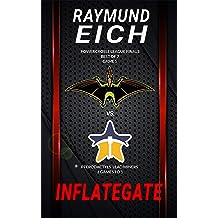 A zero-gee sport mixing the best of hockey and lacrosse.

All while managing your team’s limited supply of jet pack air.

Jaysen Tkachenko—the best active player to never win a championship—left his long-time team, the Miners, for the powerhouse Pterodactyls and his last good chance to win it all.

But when he faces his old team in the finals, he discovers there are more important things than winning a trophy at all costs.

You’ll love this science fiction sports story about a star athlete who becomes a better man. 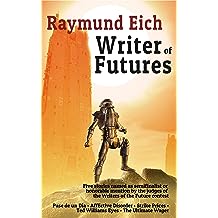 From tomorrow’s Earth to distant suns, journey to worlds of wonder and adventure

Chalo could teleport to the U.S. every day and work for a better life for his family—if he kept his day pass.

Texas PI Albert Jimenez found more than the usual when he investigated an heiress’ “suicide.”

Amer made a living providing “protection” against terrorist attacks. Then along came new competitors.

Cooper could bat .400 for the first time in a century. Could he keep his secret?

Win a game against your alien hosts or go “home”—to an Earth you’ve never seen. 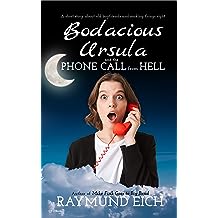 Another day at the office for Ursula. Until bad boy Ranger, her first boyfriend, called. He hadn’t talked to her in years.

Because he was dead.

He told an unbelievable story. About making things right. And a buried fortune at a place they both knew well.

A hoax. Obviously. Though who else ever called her bodacious?

Was that why she checked satellite images of the place, and shopped for a shovel and a metal detector?

And if she dug up a buried fortune, what then? 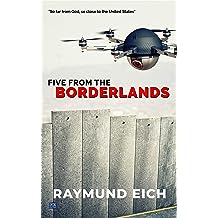 How far will Francisca go to protect her colony of Mexican refugees from pirates roving the asteroid belt?

Chalo could teleport to the U.S. every day and work for a better life for his family—if he kept his day pass.

Characters from American, Mexican, and Native folklore meet in west Texas in the 21st century.

Gonzalo had to pass the test of English fluency to prove himself a U.S. citizen. So did others willing to cheat.

Texas PI Albert Jimenez found more than the usual when he investigated an heiress' "suicide." 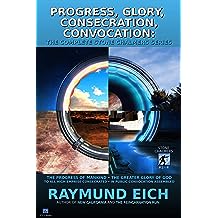 After the United Nations gained control over Earth, it opened wormholes to the colonies, to prevent a repeat of chaos on a galactic scale.

Enter operative Stone Chalmers. Spy. Assassin. Instrument maintaining the UN’s order on the galaxy. Opposing him are hostile forces on colony worlds… and within the UN itself.

The Progress of Mankind

On New Moravia, Stone’s investigation of an operative’s murder turns into a race against the clock to defeat rebels seeking to kill UN heads of state—and tens of thousands of colonists.

The Greater Glory of God

On Trinity, Stone and an unwanted partner must infiltrate a group of religious fanatics out to find the ultimate prize: the last warpdrive ship outside UN control.

To All High Emprise Consecrated

On Minerva, while workers prepare a wormhole link to Earth, Stone uncovers a plot to shake to the core the UN—and himself.

On Earth, Stone plays for the ultimate stakes. Success will transform Earth and the galaxy forever. Failure will doom Earth to the greatest chaos of all time. 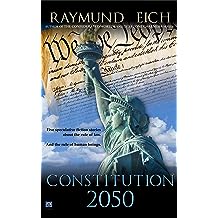 Amendments written to better bestow the blessings of liberty on the American people and their posterity.

Amendments that those same American people, ranging from common men and women to Presidents, try to evade for personal gain.

President Archer faced a Middle East crisis. The audio-visual recording crew following his every public move limited how he could resolve the crisis. Or did they?

It didn’t matter if Gretchen Archer knew what her father had done. It mattered if she should have known.

Born to an illegal immigrant, Gonzalo had a chance to live and work in the United States. If he demonstrated fluency in the English language. Others had the same chance… and would pass the test by hook or by crook.

Empowered to pass a law restricting the practice of any religion other than Christianity or Judaism, Congress passed the 9/11 Memorial Act forbidding the practice of Islam. But if devout Muslims may eat Jewish food, what’s a kosher butcher to do?

By chance, President Edward Slovachek could appoint three Supreme Court justices. Enough to tilt the Court to uphold a controversial law he supported. In the halls of the Senate, he could force through his appointments—but at what price? 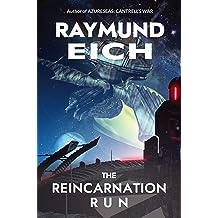 Skeptical spacejock Landry Krieger knows exactly how to smuggle the “reborn” spiritual leader of an oppressed people past their conquerors... but the boy’s priests—and governess—shake up his orderly plans.


Solitary spacejock Landry Krieger eked out a living transporting data throughout the Settled Galaxy—and boosted his income by smuggling people into and out of star systems past the watchful eyes of governments, in hiding places he built in his ship, Midnight Angel.

When the priests of Tao Pacem sought his services, he resisted. Brown robes? Yin-yang symbols? A plan to sneak the reincarnation of their spiritual leader to their conquered homeworld, to spark a rebellion against their oppressors? After earlier experiences with religious leaders, he would need far more than three hundred thousand galaxycoins to say yes.

He got it when an arrogant agent of the oppressors tried to scare him off the job. 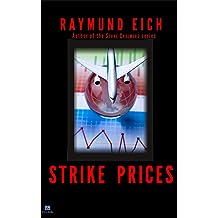 A Writers of the Future honorable mention

Amer earned a very lucrative living by protecting large corporations from terrorist attacks… and investing wisely, through short sales and put options, on companies that failed to heed his offered protection.

Not from disgruntled clients.

Not from Federal regulators.

From entrepreneurs eager to disrupt his highly profitable industry. 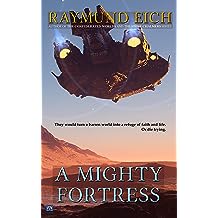 A Mighty Fortress 25 Apr, 2019
by Raymund Eich
( 1 )
₹ 149.00
When Melanchthon arrived at the dim red star after a forty-year journey, Theodore awoke from suspended animation eager to implement the Lutheran Interstellar Terraforming Society’s plan to transform a barren rocky world into New Augsburg, a refuge for faith and life.


A challenging plan: move an icy asteroid billions of miles, quickly convert the asteroid into new seas and a breathable atmosphere for the rocky world, then seed the surface with life. Yet Theodore felt confident in his team’s ability to complete the mission. 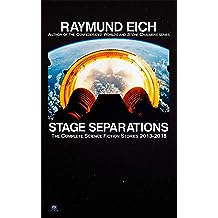 
...race against time to solve mysteries hidden in a planet's vast desert—and in a woman's heart

...learn the true story of a president's assassination


and explore six other worlds created by a distinctive voice in twenty-first century science fiction.

Stage Separations is the second book in The Complete Science Fiction Stories of Raymund Eich series.
Read more
Other Formats: Paperback
inclusive of all taxes