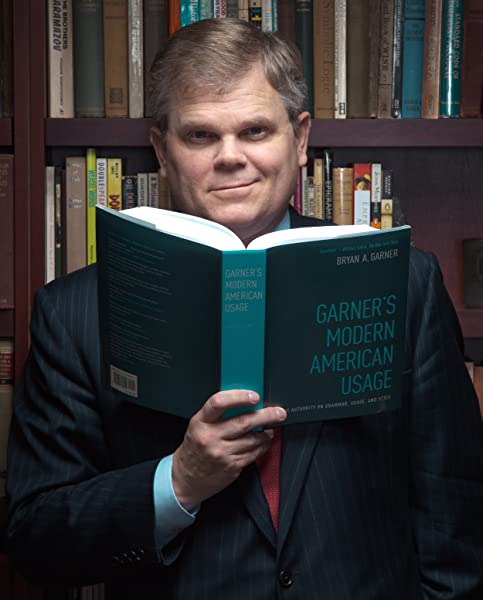 by Antonin Scalia (Author), Bryan A. Garner (Author), Frank H. Easterbrook (Foreword) & 0 More
4.8 out of 5 stars 298 ratings
See all formats and editions
Sorry, there was a problem loading this page. Try again.
10 Days Replacement Only

Read Full Return Policy
In this groundbreaking book, Scalia and Garner systematically explain all the most important principles of constitutional, statutory, and contractual interpretation in an engaging and informative style - with hundreds of illustrations from actual cases. Is a burrito a sandwich? Is a corporation entitled to personal privacy? If you trade a gun for drugs, are you "using a gun" in a drug transaction? The authors grapple with these and dozens of equally curious questions while explaining the most principled,lucid, and reliable techniques for deriving meaning from authoritative texts. Meanwhile, the book takes up some of the most controversial issues in modern jurisprudence. The authors write with a well-argued point of view that is definitive yet nuanced, straightforward yet sophisticated. - Publisher.
Read more
Previous page
Next page

Page 1 of 1 Start overPage 1 of 1
Previous page
Next page
Start reading Scalia and Garner's Reading Law on your Kindle in under a minute.

4.8 out of 5 stars
4.8 out of 5
298 global ratings
How are ratings calculated?
To calculate the overall star rating and percentage breakdown by star, we don’t use a simple average. Instead, our system considers things like how recent a review is and if the reviewer bought the item on Amazon. It also analyses reviews to verify trustworthiness.
Top reviews

Customer
5.0 out of 5 stars A book for all Lawyers
Reviewed in India on 1 October 2018
Verified Purchase
Must for library
Read more
Helpful
Report abuse
See all reviews

Tip of the Iceberg
5.0 out of 5 stars An Unrelenting Dismantling of Consequentialism
Reviewed in the United Kingdom on 21 December 2016
Verified Purchase
If had not been clear before, the final line of the book will leave the reader in no doubt that the argument throughout 'Reading Law', more than for originalism or textualism, is for democracy itself.

Out of the dry matter of judicial interpretation, Scalia and Garner make an elegant case for judicial restraint as one of the bedrocks of American democracy. The authors codify canons of statutory interpretation that have enjoyed storeyed use, predominantly borrowing from Anglo-American jurisprudence. In a subsequent section, they deal with a variety of false notions and half-truths, reserving particularly withering scorn for legislative intent. (Which legislative intent? Of one congressman? Or lobbyist? And at which point in the legislative process? And why should the voice of one be allowed to rule the democractic will of the assembly as reflected in the words of the statute?)

The authors' case is that judicial respect for the statutes issuing from democratic assemblies is respect for the democratic process itself. It is clear throughout the work that the authors view the beginning of judicial activism as the end of democratic oversight and control. Scalia and Garner write respectively from a social conservative and socially liberal perspective, in favour of originalist and textualist interpretative approaches, and it is greatly to be regretted that these approaches are often crudely described as conservative, as though liberalism and the soundest interpretations of the democratic will were contradictory. To be a liberal textualist or liberal originalist is no more contradictory than to be a conservative consequentialist.

There is a poignancy too in reading the text: how greatly it is to be regretted that one American's finest jurists was taken from us in - judging by this work - his intellectual prime.
Read more
One person found this helpful
Report abuse

Kelvin LEE
5.0 out of 5 stars A must read for law students and lawyers
Reviewed in the United Kingdom on 7 March 2016
Verified Purchase
A good book which summarised principles in relation to interpreting statutory provisions in common law in simple language with examples. I guess many have come across Bennion but this one is much easier to understand. I have the great honour to hear Justice Scalia and Professor Garner to speak on the book in Hong Kong shortly before Justice Scalia passed away...
Read more
Report abuse

Elements of Watson
5.0 out of 5 stars Excellent. Esoteric. Valuable.
Reviewed in the United States on 13 May 2019
Verified Purchase
Exactly what I expected from Scalia and Garner...well written, precise, and presented in a way that allows for immediate application into an attorney's legal writing. Each of the textualist 'rules' provides several examples and at least one anecdote that helps solidify the principle offered. For anyone who needs to understand, apply, and argue the meaning of the law, this book is a no-brainer.

Regardless of whether you agreed with Scalia's jurisprudence, this book is a valuable resource. Interpreting the law is the perfect title for this book...and...if the title doesn't get you excited, I can't imagine what lies between the front and back cover will either. Perhaps someone with an incredible passion for the law might find the subject matter fascinating, but for the most part, this is more of an instruction manual than an academically oriented read. I am a new attorney and refer to this text at least three or four times each week.

I don't remember what I paid for this--but I would pay triple knowing what I know now.

Scalia left an indelible mark on the Court, the legal community, and by virtue of his position as a justice, the course of the United States. I suspect there will be several books written about the man Scalia was--this is not one of them. Rather, this is a gift to those who practice that will be relevant for generations.
Read more
24 people found this helpful
Report abuse
See all reviews