Skip to main content
The Red Parts: Autobiography of a Trial and over 2 million other books are available for Amazon Kindle . Learn more
Share <Embed>
Have one to sell?
Sell on Amazon 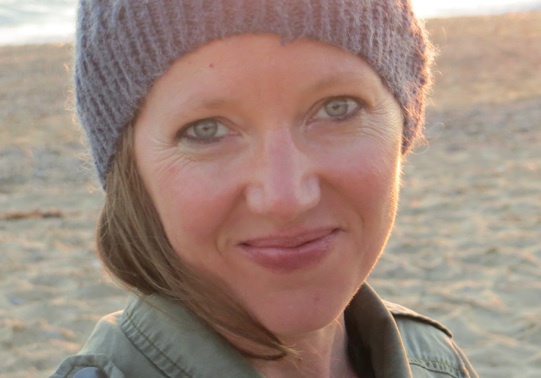 A book-long riff on the first-person essay that Joan Didion built. A genre-buster...Nelson intertwines psychoanalysis, personal memoir, and true-crime tidbits into a darkly intelligent page-turner.

A harrowing but clear-eyed examination of crime's emotional fallout.

Blending a poet's passion and a journalist's cool eye, Nelson has produced a distinctive story of an otherwise ordinary family's encounter with unspeakable violence.

Free from the bounds of genre, but not untethered as in floating-not wispy or in flight. As a text, The Red Parts bears weight, though it moves nimbly; it is expansive, shifting, and sprawling, eddying into small moments of memory and time before flooding outward, straining against the limits of the writer and the writer's mind.

Nelson's book is more a reflection on our personal and cultural myth making surrounding murders than an exploration into this particular killer and what he did. This take is refreshing, and combined with Nelson's intense, visual, and sometimes darkly funny prose, it makes The Red Parts an unforgettable book.

Nelson's resistance to the easy answer, her willingness to reach a kind of conclusion and then to break it, to probe further and further, to ask about her own complex and not entirely noble intentions instead of facilely condemning others, make The Red Parts an uneasy masterpiece.

Rarely does a book come along that combines such extraordinary lyricism and ethical precision with the sense that the author is writing for her very life.

Maggie Nelson is a poet, art critic, and author of nonfiction books such as The Art of Cruelty: A Reckoning, Bluets, and Jane: A Murder. She teaches in the School of Critical Studies at CalArts.

Cassandra Campbell began doing voice overs as the voice for Calvin Klein's Italian commercials. This was followed by commercial and documentary recording in both English and Italian. She has recorded many audiobooks and has received several AudioFile Earphones Awards as well as an Audie(R) Award nomination. As an actress and director, she has worked at the Public, the Mint, the Berkshire Theatre Festival, Stagewest, Theatreworks, the Baltimore Shakespeare Festival, Millmountain Theatre, the National Shakespeare Company, and the New York Fringe Festival.

Start reading The Red Parts: Autobiography of a Trial on your Kindle in under a minute.

fragrens
5.0 out of 5 stars excellent
Reviewed in the United Kingdom on 16 June 2018
Verified Purchase
i loved this book even though the subject matter was dark. partly it was because i identified so strongly with how her mind seemed to be processing the past and the present.
if you are looking to read a straightforward true crime then this isnt for you. it has a very simular feel to "the fact of a body " in that its a multilayered inquiry into tragedy and how it resonates throughout the lives of the people involved within it.
she captures so well how these things can unroot us from the ground we stand upon. my favourite quote reflecting this is "a dark crescent of land, where suffering is essentially meaningless, where the present collapses into the past without warning..............where grief lasts forever and its force never fades"
Read more
Report abuse

Avid reader
3.0 out of 5 stars NOT AS GOOD AS "JANE"
Reviewed in the United Kingdom on 26 May 2016
Verified Purchase
I much prefer Ms Nelson's JANE, her earlier book about her aunt Jane's murder. I was disappointed with The Red Parts as it is so intellectual and less about the heart. That said, Ms Nelson is a wonderful writer and I would recommend anything that she puts pen to.
Read more
Report abuse
See all reviews
Unlimited FREE fast delivery, video streaming & more
Prime members enjoy unlimited free, fast delivery on eligible items, video streaming, ad-free music, exclusive access to deals & more.
> Get started
Back to top
Get to Know Us
Connect with Us
Make Money with Us
Let Us Help You
EnglishChoose a language for shopping.
© 1996-2020, Amazon.com, Inc. or its affiliates