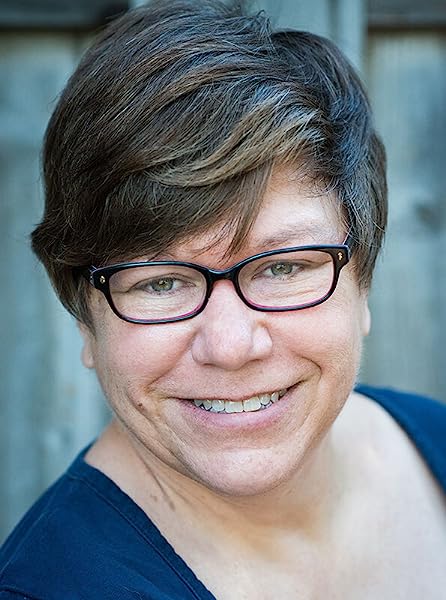 Regina Is NOT a Little Dinosaur Hardcover – 13 April 2021

by Andrea Zuill (Author)
5.0 out of 5 stars 8 ratings
See all formats and editions
Sorry, there was a problem loading this page. Try again.
FREE delivery: Friday, Sep 24 Details

Praise for Regina is NOT a Little Dinosaur:

“Regina’s expressions are priceless… her emotive eyes flashing with glee, rage, or panic in turn. Young readers (and their adults) will laugh out loud at the relatable protagonist and her adorable antics.” --Booklist

“Indelible Regina roars, slinks, sniffs, and pounces…. A gem of comic timing and expression: readers will want to incorporate the conciliatory nose bump that mother and daughter dino share (“Boop!”) into their own repertoire of affectionate moves.” --Publishers Weekly

Praise for Sweety:
"With hilarious pictures and tender, observant writing, Andrea Zuill gets to the heart of what it is to be an oddball in 'Sweety,' an endearing picture book for children..." --The Wall Street Journal

"Zuill takes a common theme--finding the courage to be yourself--and makes it funny, heartwarming, and inspiring." --Booklist, starred review

Andrea Zuill is the author-illustrator of Regina is NOT a Little Dinosaur, an Indie Next List selection; Sweety, a Booklist Best Book of the Year; and Wolf Camp, a Children’s Choice Award finalist. She is also the creator of Business Pig, Dance Is for Everyone, and Marigold & Daisy. Andrea is the illustrator of Cat Dog Dog by Nelly Buchet, an American Library Association Notable Book which was called "A clever, winning read-aloud for modern families" in a starred review from Kirkus. Her work has been exhibited in galleries in California, Texas, and New York. Visit Andrea on the Web at andreazuill.org or follow her on Twitter at @AndreaZuill.

Start reading Regina Is NOT a Little Dinosaur on your Kindle in under a minute.

5.0 out of 5 stars
5 out of 5
8 global ratings
How are ratings calculated?
To calculate the overall star rating and percentage breakdown by star, we don’t use a simple average. Instead, our system considers things like how recent a review is and if the reviewer bought the item on Amazon. It also analyses reviews to verify trustworthiness.
Top reviews

Ginger Meurer
5.0 out of 5 stars Regina will become your favorite dinosaur! So, so cute.
Reviewed in the United States on 19 April 2021
Verified Purchase
My 7-year-old and I genuinely love Regina so, so much. She may be a tiny T-rex, but she has an enormous heart and is the bravest little baby dino out there. From leaping on and attempting to nom, nom, nom prey tremendously larger than she is to the way she boops her mom affectionately, she is super relatable and crazy cute! If you admire and aspire to the overconfidence of childhood, you'll love this book, too. My kid says Regina is basically Ramona Quimby ... if Ramona was a dinosaur.
Read more
One person found this helpful
Report abuse

Katydid
5.0 out of 5 stars Regina is awesome!
Reviewed in the United States on 27 June 2021
Verified Purchase
We loved it! We read it 5 times the first day it arrived. It also prompted a frank discussion about being a big girl and what it means.
Read more
Report abuse

Cyndy
5.0 out of 5 stars Perfect for my 4 year old
Reviewed in the United States on 27 August 2021
Verified Purchase
This is where my son is in his life and he really enjoys reading this book.
Read more
Report abuse
See all reviews
Back to top
Get to Know Us
Connect with Us
Make Money with Us
Let Us Help You
EnglishChoose a language for shopping.
© 1996-2021, Amazon.com, Inc. or its affiliates