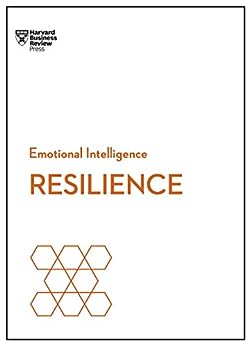 "Daniel Henning and Rachel Perry share the narration of this collection...They deliver transparent and thoughtful performances. Both know how to communicate these well-considered arguments and pace their readings accordingly...The text combines serious suggestions...with anecdotes, case histories, and insights into famous folk who have been exceptionally resilient, such as Jimmy Carter, Steve Jobs, and Martha Stewart."

-- "AudioFile" --This text refers to the audioCD edition.

4.4 out of 5 stars
4.4 out of 5
84 global ratings
How are ratings calculated?
To calculate the overall star rating and percentage breakdown by star, we don’t use a simple average. Instead, our system considers things like how recent a review is and if the reviewer bought the item on Amazon. It also analyses reviews to verify trustworthiness.
Top reviews

Atul Tiwari
5.0 out of 5 stars Must Read.
Reviewed in India on 23 September 2018
Verified Purchase
A must read for any professional. We all are struggling in our lives and it is resilience only which can help us to continue pressing forward. Very well written book.
Read more
One person found this helpful
Helpful
Report abuse
See all reviews

Amazon Customer
1.0 out of 5 stars Not very useful
Reviewed in the United Kingdom on 24 August 2020
Verified Purchase
Looks like a neat little book but found it the least helpful self-help book I've ever read. As expected from an institution like Harvard, it's only really made for privileged folk and doesn't give solid advice to ordinary people - showcases the success of white men who became rich through inheritance alone. Clearly written by people stuck in their own world and too focused on material achievements. Western self-care sucks! Would not recommend, waste of money
Read more
One person found this helpful
Report abuse

LL
5.0 out of 5 stars Great
Reviewed in the United Kingdom on 9 April 2019
Verified Purchase
As described
Read more
Report abuse

Amazon Customer
5.0 out of 5 stars Liked it
Reviewed in the United Kingdom on 2 September 2018
Verified Purchase
Gives you a grip about the concept of resilience with useful suggestions, without the need to read more about it (although you might end up reading more anyway.)
Read more
Report abuse

Nigel
5.0 out of 5 stars great read
Reviewed in the United Kingdom on 2 December 2018
Verified Purchase
Great read
Read more
Report abuse
See all reviews
Back to top
Get to Know Us
Connect with Us
Make Money with Us
Let Us Help You
EnglishChoose a language for shopping.
© 1996-2021, Amazon.com, Inc. or its affiliates