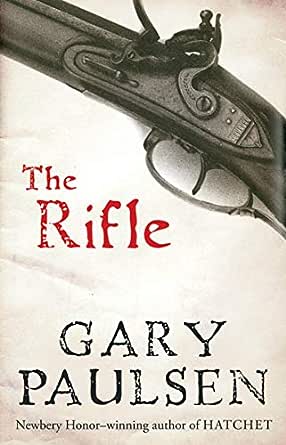 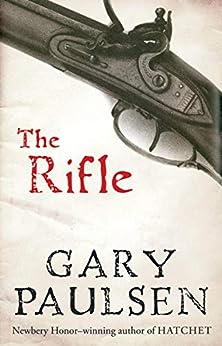 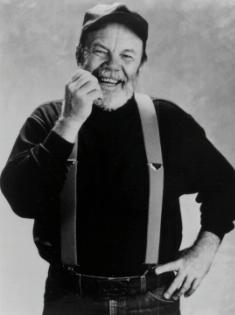 In 1768, a gunsmith named Cornish McManus built a rifle of such accuracy that he know he could never create another like it. He intended to treasure his masterpiece, but with a new wife to provide for, he felt pressed to sell it. Soon the rifle was helping one John Byam become a legendary sharpshooter in the American Revolution. But when Byam succumbed to dysentery, the weapon was passed on to yet another owner...and then to another and another, until the present day.

Strangely, in all the time of the rifle after John Byam's death and through all the people who looked at it and held it to their shoulder, not once in the life of the rifle did anybody ever think to see if it was loaded.

The rifle was loaded. --This text refers to an out of print or unavailable edition of this title.

"[An] engagingly written story of one rifle and its fatal impact on one modern boy."
--School Library Journal

"Paulsen's message is clear and cutting: a machine made for killing, no matter how lovingly crafted and benignly kept, remains a machine made for killing."
--Booklist "Paulsen is at the peak of his powers in a book that is as shattering as the awful events it depicts. Unforgettable." --Kirkus Reviews, Pointer --This text refers to an out of print or unavailable edition of this title.

GARY PAULSEN has written nearly two hundred books for young people, including the Newbery Honor Books Hatchet, Dogsong, and The Winter Room. He divides his time between a home in New Mexico and a boat on the Pacific Ocean.
--This text refers to the paperback edition.

Gr. 7^-9. In his latest novel, Paulsen explores the history of a flintlock rifle, meticulously describing the skill and artistry of gunsmith Cornish McManus as he spends months creating a gun both beautiful and "sweet" (meaning accurate). Using his usual spare style, Paulsen describes the rifle's use in the Revolutionary War and follows its story into the twentieth century, when it is exchanged by a scathingly depicted gun fanatic for an Elvis-on-velvet painting, and ultimately ends up killing a teenager, Richard, in a freak accident that occurs without human intervention. The omniscient narrator, who speaks in an ironic tone reminiscent of Kurt Vonnegut, details the events small and large (943 baseball games; finding a genetic cure for heart disease) that Richard missed by dying prematurely. Paulsen's message is clear and cutting: a machine made for killing, no matter how lovingly crafted and benignly kept, remains a machine made for killing. Susan Dove Lempke --This text refers to an out of print or unavailable edition of this title.

Paulsen demonstrates his usual talents for taking a single topic and presenting an awesome world view of the lasting effects of attitudes and events. Here a 'sweet' gun built with uncanny accuracy influences events and individuals from 1768 to modern times, bringing tragedy and discoveries in its wake. -- Midwest Book Review --This text refers to an out of print or unavailable edition of this title.
Read more

4.7 out of 5 stars
4.7 out of 5
60 global ratings
How are ratings calculated?
To calculate the overall star rating and percentage breakdown by star, we don’t use a simple average. Instead, our system considers things like how recent a review is and if the reviewer bought the item on Amazon. It also analyses reviews to verify trustworthiness.

Eric Noss
5.0 out of 5 stars Love reading it still today
Reviewed in the United States on 26 March 2016
Verified Purchase
Love reading it still today. Reminds me of when I first picked up the book and just loved it in high school. Now I own a flintlock and realize the challenges of shooting one and everything make it even better.
Read more
3 people found this helpful
Report abuse

SAndrus
5.0 out of 5 stars Great book
Reviewed in the United States on 2 December 2017
Verified Purchase
This is a great book. Written wonderfully with suspense and hunger for more.
Read more
2 people found this helpful
Report abuse

Robert
5.0 out of 5 stars Five Stars
Reviewed in the United States on 13 January 2017
Verified Purchase
Very Good
Read more
2 people found this helpful
Report abuse
See all reviews
Back to top
Get to Know Us
Connect with Us
Make Money with Us
Let Us Help You
EnglishChoose a language for shopping.
© 1996-2021, Amazon.com, Inc. or its affiliates