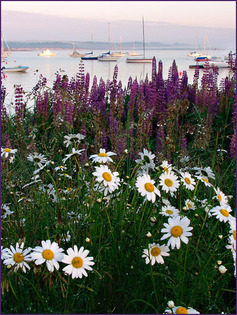 Praise for Rules:Newbery Honor bookSchneider Family Book AwardALA Notable Book Selection"Catherine is an endearing narrator who tells her story with both humor and heartbreak... A lovely, warm read, and a great discussion starter." -- School Library Journal"Middle-grade readers will... be intrigued by this exploration of dealing with differences." -- Kirkus Reviews"A rewarding that may well inspire readers to think about others' points of view." -- Publishers Weekly"This is an absorbing tale about valuing people even when it's difficult. -- Bulletin of the Center for Children's Books"The emotions in this fast-paced novel ring true." -- The Horn Book

Cynthia Lord is the award-winning author of Rules, a Newbery Honor Book and a Schneider Family Book Award winner, as well as the critically acclaimed Half a Chance, A Handful of Stars, and Because of the Rabbit. She made her picture-book debut with Hot Rod Hamster, which won several awards, including the Parents' Choice Award, and is the author of the Shelter Pet Squad chapter book series. She lives in Maine with her family. Visit her at cynthialord.com.

4.7 out of 5 stars
4.7 out of 5
951 global ratings
How are ratings calculated?
To calculate the overall star rating and percentage breakdown by star, we don’t use a simple average. Instead, our system considers things like how recent a review is and if the reviewer bought the item on Amazon. It also analyses reviews to verify trustworthiness.

BJ
1.0 out of 5 stars Poor quality book
Reviewed in India on 6 July 2020
Verified Purchase
Don’t buy from this vendor as the book quality for 500 rs was totally pathetic. It looks like a second hand photocopied book.
I bought it for my daughters birthday and I’m appalled. I’m sure the story is great but the quality by amazon vendor is very bad.

Amy
4.0 out of 5 stars Perfect for teaching about disability and inclusion
Reviewed in the United Kingdom on 21 January 2018
Verified Purchase
Really well-written and kind-hearted book. Helpful when teaching primary-aged children about disability and inclusion (specifically autism). Raises some thought-provoking questions about what makes us all different and the same. Sensitively tackles disability, and has a lovely resolution promoting tolerance.

Plot:
It's summer break and 12-year old Catherine is longing to spend time with her best-friend Melissa. However, because her parents are divorced, Melissa is spending the entire holidays vacationing in California with her dad. Instead, Catherine spends most of her time 'baby-sitting' her younger brother David who suffers with autism. Her dad works full-time to support the family whilst her mother works from home to care for her brother.

Catherine enjoys art as an outlet for the pressures that are exerted upon her, and creates a list of 'rules' for brother David as a reminder of how to behave appropriately and comply with social norms. She often worries about what other people think about David, for example Ryan from school who regularly teases him.

Catherine becomes excited of the prospect of a new neighbour her own age moving in the house opposite, however is embarrassed by David when she attempts to make friends and finds Kristi's loyalties are tied between herself and boy from the local school, Ryan.

Catherine's mother regularly encourages her to sign up for classes at the community centre, as she notices Catherine is quite isolated in being a young carer. Catherine rejects this attempts and finds solace in art, fixation on befriending Kristi and counting down the days until her best friend Melissa returns.

Catherine often has to act beyond her years, her father struggles with time-keeping and she often has to deal with David's resulting meltdowns when the routine he craves is disrupted. She desperately seeks attention from her parents, and twice a week accompanies her mother to David's occupational therapy (OT) appointments in the hope to spend time alone with her. However, her mother is often concerned about David settling in and finds excuses to remain at the office. Here she meets quadriplegic Ryan, who can hear but not speak. She becomes embarrassed when he catches her drawing his portrait, however the two grow closer when she begins to illustrate word cards for his 'communication book'

The two become good friends, and after much persuasion and guilt, she asks Jason to the community dance where she's aware Kristi and Ryan will be. He encourages Catherine to tell her parents how she feels, and she gradually learns to accept David's autism and encourages all characters to become more tolerant and sensitive of our similarities and differences.

GP
3.0 out of 5 stars Rules
Reviewed in the United Kingdom on 18 August 2016
Verified Purchase
This is a really good book. It really teaches you not to judge. I loved the interaction between David and Catherine, and between Catherine and Jason.
Read more
Report abuse

Jackie Allen
5.0 out of 5 stars kids love this
Reviewed in Canada on 30 July 2017
Verified Purchase
Great look at living with autistic sibling. Classic appreciating-your-family story that doesn't focus on autism angle too much. About grade 4 level content and language
Read more
Report abuse

Englischlehrer
2.0 out of 5 stars Dull and uninspiring
Reviewed in Germany on 5 October 2016
Verified Purchase
I found Lord's effort dull and uninspiring. The characters remain flat and one-dimensional. To a class of young readers, think book would not appeal since they would see through the construction of the moralistic narrative. Sorry, Mrs. Lord!
Read more
Report abuse
See all reviews
Unlimited FREE fast delivery, video streaming & more
Prime members enjoy unlimited free, fast delivery on eligible items, video streaming, ad-free music, exclusive access to deals & more.
> Get started
Back to top
Get to Know Us
Connect with Us
Make Money with Us
Let Us Help You
EnglishChoose a language for shopping.
© 1996-2020, Amazon.com, Inc. or its affiliates