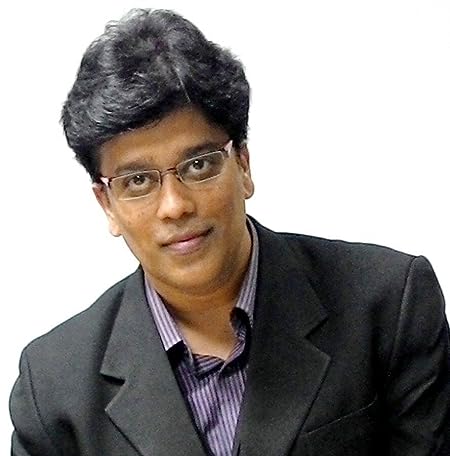 Sourabh Mukherjee is the author of the true-crime book 'Death Served Cold' and psychological thriller novels - 'The Sinners', 'The Colours of Passion' and 'In the Shadows of Death'.

He has written three collections of short stories - 'Loves Lost'; 'Beyond 22 Yards', a collection of 2 titles about Love and Crime from the world of cricket; 'It's All About Love', a collection of 7 short stories titled 'The Gift', 'The Cookery Show and a Love Story', 'A Special Day', 'Masks', 'An Autumn Turmoil', 'The Hunt', and 'The Death Wish'.

The audiobooks of his titles are also very popular. The 2 titles in the 'Beyond 22 Yards' series, the 7 titles in the series 'It's All About Love' and his novel 'The Sinners' have been adapted into audiobooks in Amazon Audible. 'In the Shadows of Death' was among the first set of audio books launched in India by Storytel. The audiobook of his Bengali novel 'Chandralekha Nihoto' is a topper in Suspense Top 50 chart of PocketFM, a leading audiobook platform of the country.

His books have featured in bestseller lists in bookstores and online stores. His books are in consideration for screen adaptations, including ‘The Colours of Passion’ being long-listed in WordToScreen conducted by Mumbai Academy of Moving Image (MAMI), Mumbai International Film Festival.

Sourabh has been honoured with several awards. He received the Golden Pen Award in the Sulekha Monsoon Romance Contest (2014), Juggernaut Selects Award (2019), Literoma Hall of Fame in The Literoma International Symposium on Literature and Festival (2020), The Man of Excellence Award from Indian Achievers' Forum (2021). He is invited regularly to book fairs and literary events across the country. His books have received accolades from readers, book critics and the mainstream national media.

An Electronics and Telecommunications Engineer from Jadavpur University, Kolkata, in his day-job, Sourabh works in a senior leadership position in a technology multi-national. Author of several publications on emerging trends in business and technology, Sourabh speaks regularly in various national and global conferences and technology summits. He sits in the Industry Advisory Boards of a number of reputed Engineering and Technology institutions.

Sourabh can be reached at: 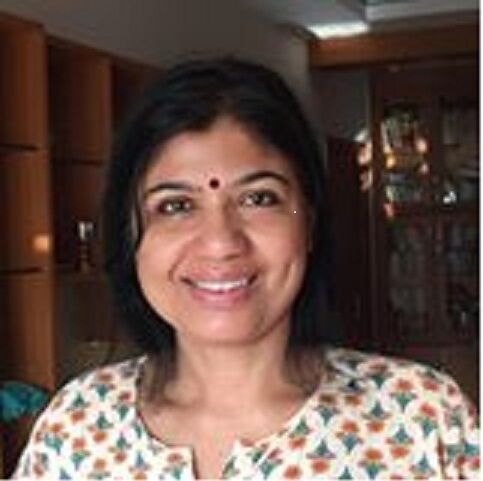 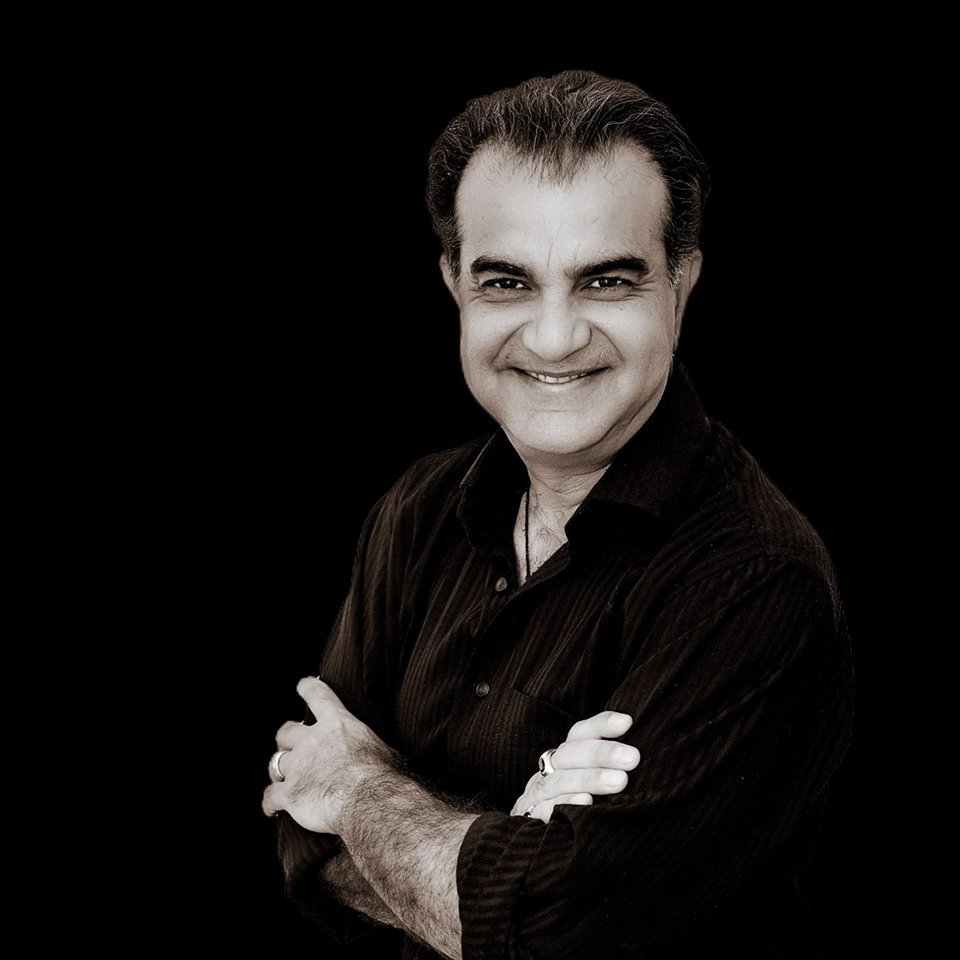 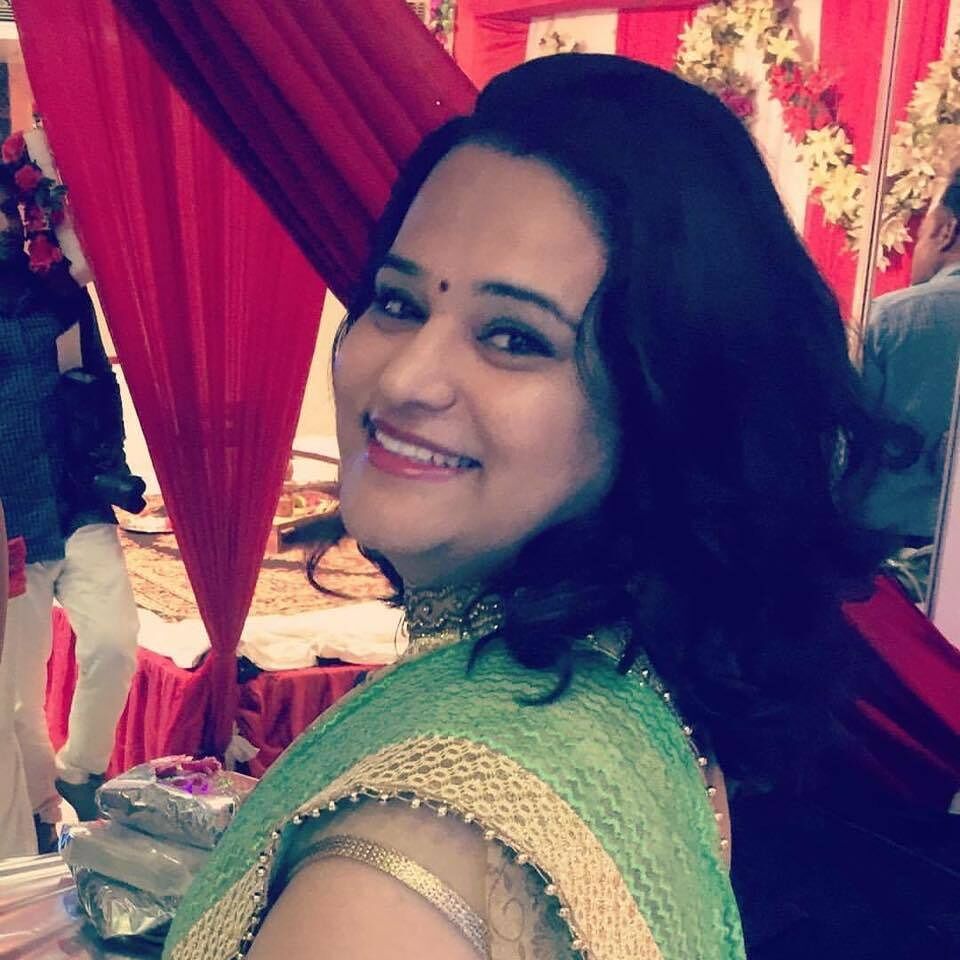 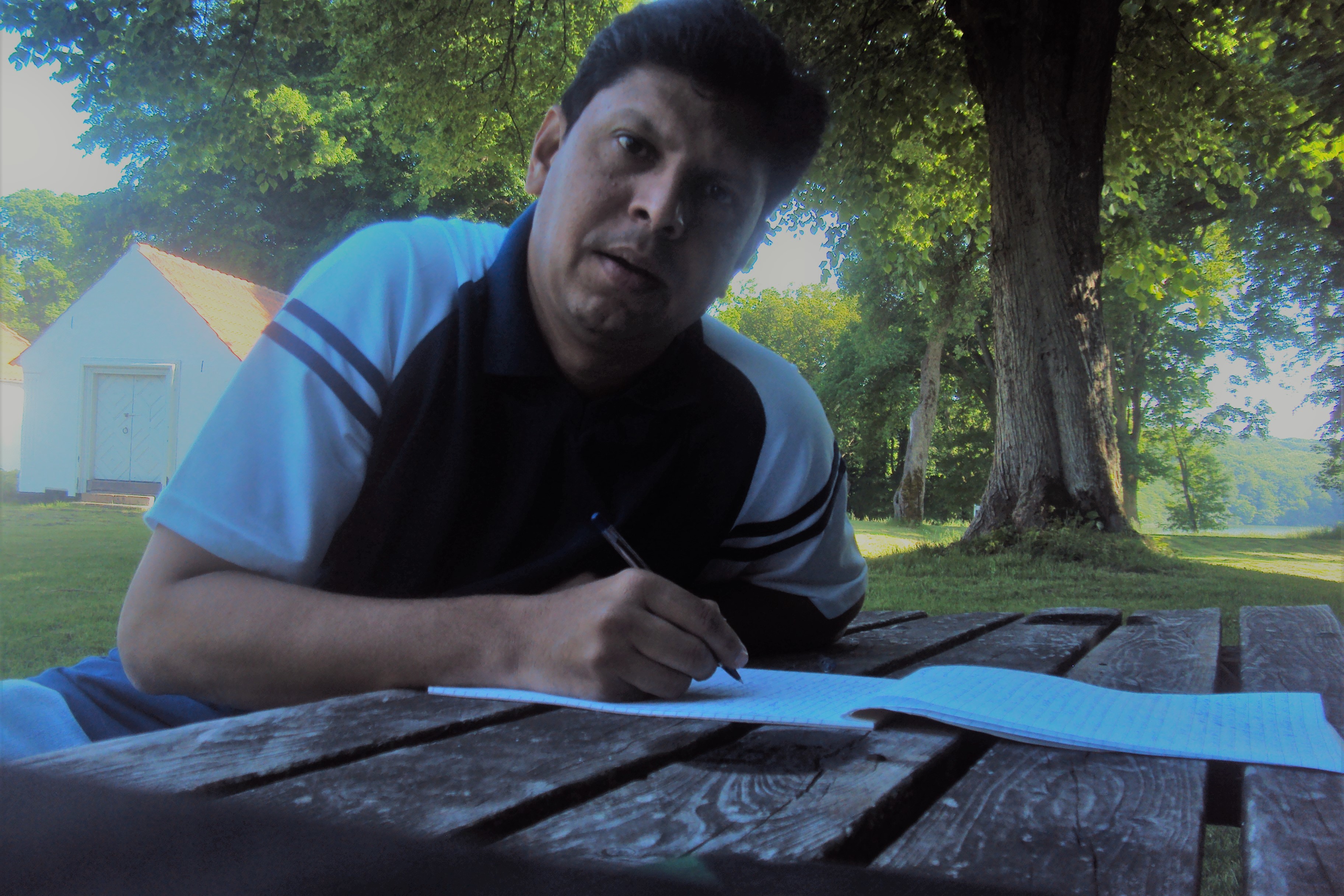 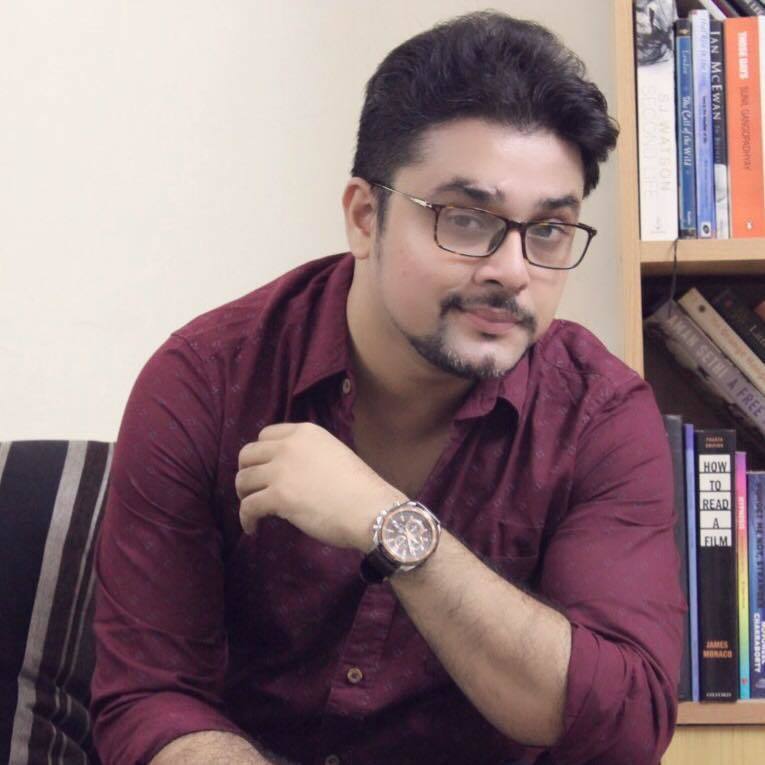 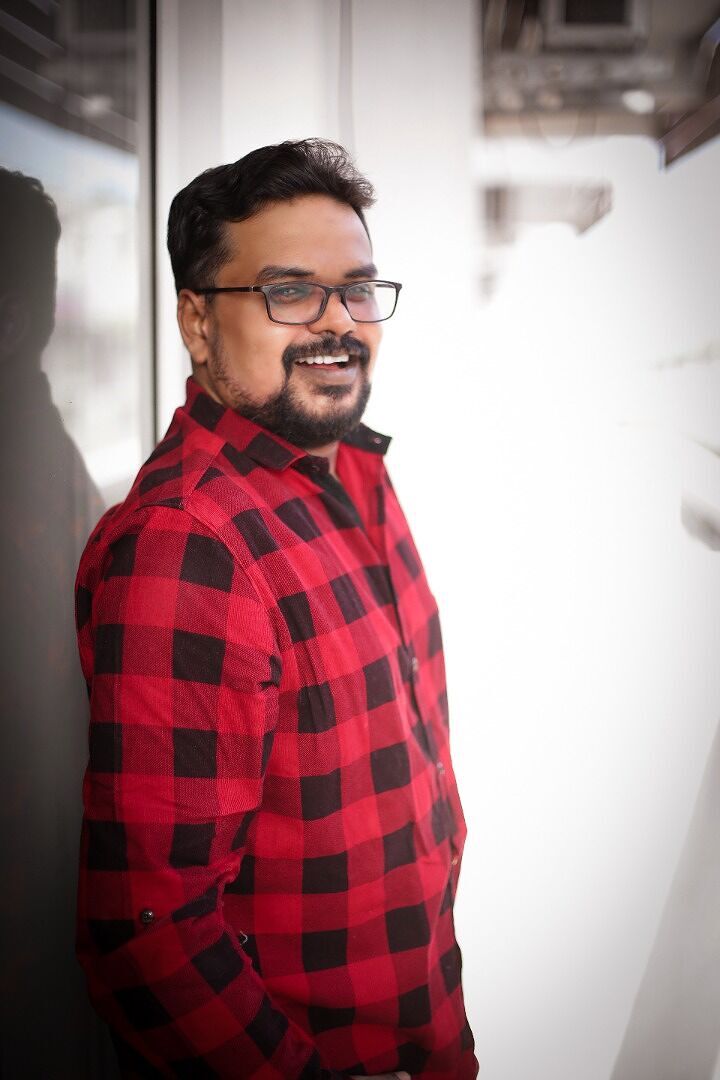 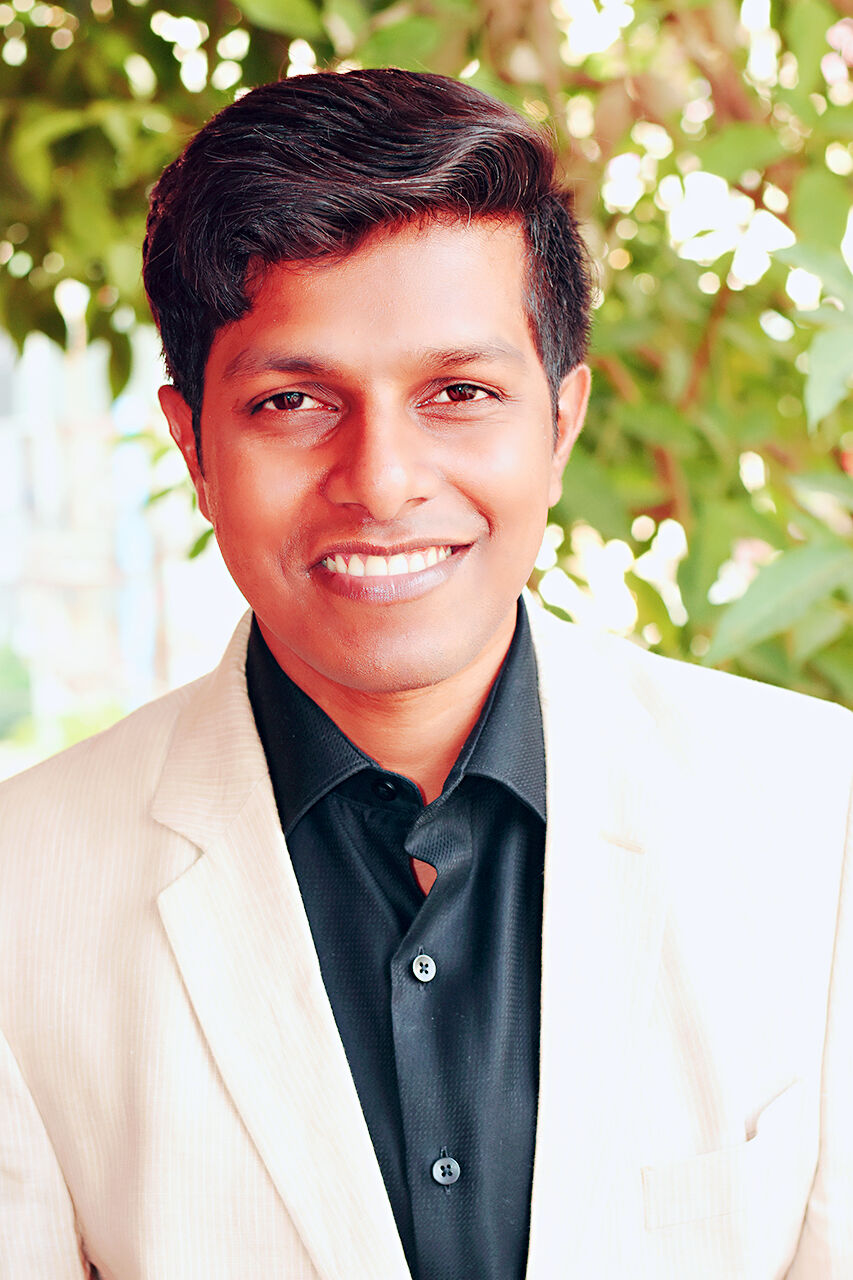 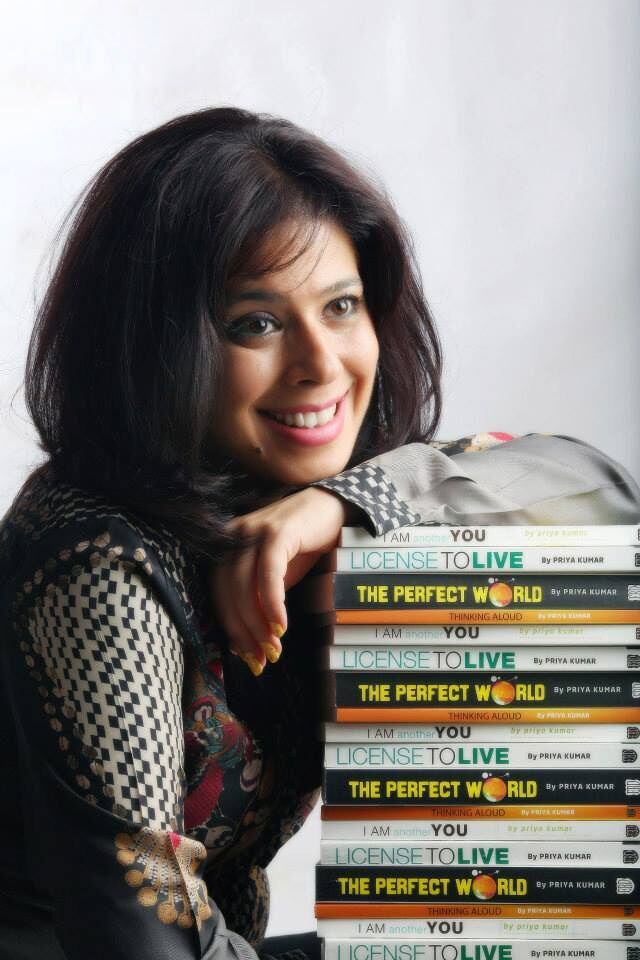 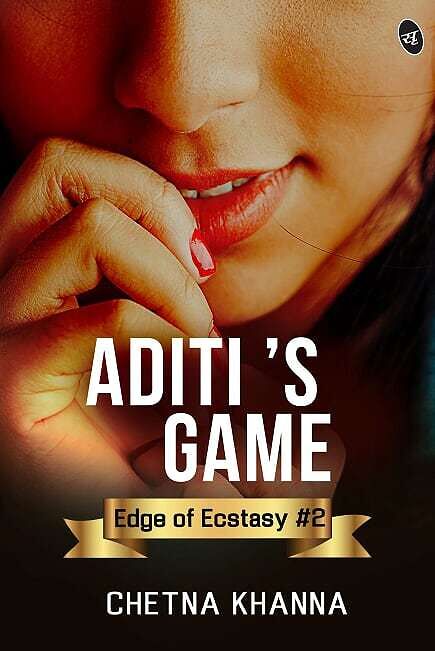 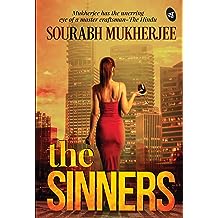 The Sinners 11 Nov, 2019
by Sourabh Mukherjee
( 160 )
₹ 119.77 ₹ 152.25
You Save: ₹ 32.48(21%)
Vikram Oberoi is found dead in his penthouse. A few hours ago, his involvement in a sex scandal in NexGen Technologies made headlines across the world.
Who is behind the sinister conspiracy that destroyed Vikram Oberoi, the philandering India Head of NexGen? Rivals within and outside the firm? One of his many jilted lovers or the miffed wife? A mysterious conspirator laying out honey traps to sabotage his plans? Or, is it the ghost of a sinful past that continues to haunt the Oberois?
The Sinners is a fast-paced thriller with a shocking twist that unravels against the backdrop of corporate warfare, illicit relationships and ruthless seduction games.
Read more
Other Formats: Audible Audiobook , Paperback , Audio CD
inclusive of all taxes 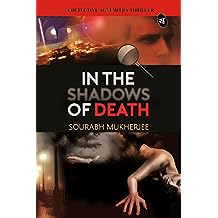 In the Shadows of Death 1 Dec, 2015
by Sourabh Mukherjee
( 137 )
₹ 37.00 ₹ 152.25
You Save: ₹ 115.25(76%)
Sheetal Mehra, HR executive with Crescent Technologies, is
found murdered in the toilet of a Kolkata hotel after an office
party. ACP Agni Mitra finds out about her adulterous ways as he starts
investigating into the murder. The miffed husband, a lecherous boss, one of her
many jilted admirers – anyone could have killed her.
The investigation is stuck in myriad perplexing questions when the murder of
Meenakshi Menon, a Director with Altius Finance, hits the headlines.
As more murders rock the city, it is not too long before the battle of wits with his
unseen adversary turns personal for Agni.
A ruthless killer walking the rain-washed streets of Kolkata.
A detective battling storms brewing in his private life.
Human relations infested with deceit. A generation struggling to cope
with fast-changing ambitions and desires.
In the Shadows of Death is a gripping page-turner with a heart-rending
emotional core. 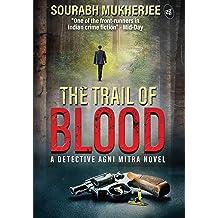 The Trail Of Blood 13 May, 2022
by Sourabh Mukherjee
( 118 )
₹ 183.35 ₹ 236.25
You Save: ₹ 52.90(22%)
Popular singer Debolina Mukherjee is found dead in her bungalow, due to an overdose of sedatives. In the same room is a stranger’s body, shot in the head.
As ACP Agni Mitra starts investigating, he meets the key players - an ageing hitman, a crafty real estate tycoon, a ruthless high-society woman and a reclusive police official who was thrown out of the force.
Who was the dead man in Debolina’s room? Did the two victims fall prey to ghosts from their past lives? Are these deaths related to a decade-old shootout mystery which Agni must solve?
The Trail of Blood is a nerve-wracking journey into the uncharted depths of the human mind where greed, obsession and insecurities unleash the demons inside. 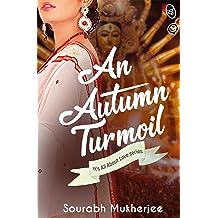 An Autumn Turmoil 8 Oct, 2018
by Sourabh Mukherjee
( 56 )
₹ 9.00 ₹ 26.25
You Save: ₹ 17.25(66%)
"Detailed observations of human behaviour and the complexity of human relationships..." - The Hindu
Durga Puja is two weeks away and Kolkata is ready to burst into festivities. Abhishek arrives in Kolkata from Australia, along with his wife Atreyee. Shubho, an Engineering student, is his cousin. Atreyee is in desperate search of the passion that is missing in her marriage. Shubho loves his childhood sweetheart Jhimli, but finds the thrill missing in their relationship of years.
When Shubho and Atreyee meet, sparks fly. But what starts off as a secret festival romance soon gives way to jealousy and possessiveness. Will their passionate autumn romance change the lives of Shubho and Atreyee forever? 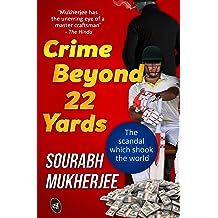 Crime Beyond 22 Yards 15 Jun, 2018
by Sourabh Mukherjee
( 33 )
₹ 9.00 ₹ 26.25
You Save: ₹ 17.25(66%)
During the summer of 2000, Delhi Police brought allegations of match-fixing against the South African skipper Hansie Cronje. Though he denied the allegations to start with, Cronje later went on to reveal shocking truths. The confessions of a bookie in India then went on to shake the foundations of valour and gallantry that the game of cricket stands for. Before long, the scandal spread its tentacles all over the world. Crime Beyond 22 Yardsis a fast-paced reality thriller that throws light on the biggest international scandal in the game of cricket, how heroes turned overnight into villains, and how there was tragic redemption at the end of this sordid saga.
Read more
Other Formats: Audible Audiobook , MP3 CD
inclusive of all taxes 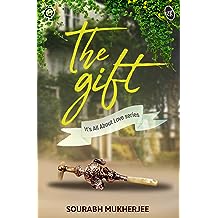 The Gift 10 Sep, 2018
by Sourabh Mukherjee
( 37 )
₹ 9.00 ₹ 26.25
You Save: ₹ 17.25(66%)
"Detailed observations of human behaviour and the complexity of human relationships..." - The Hindu
After his bitter break-up with girlfriend Ishika, Aarav heads for his ancestral house in Mussoorie to get over his grief and to finish the novel he is working on. He meets Kishan, a child who has strayed into the house and spends his nights in the dusty, dark attic, scavenging through old books and toys that once belonged to Aarav and his cousins. Aarav finds his uncle’s diary, which chronicles a heart-warming love story unfolding in that house. What life-changing family secret does Aarav uncover? 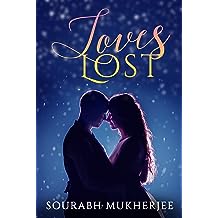 Loves Lost 10 Dec, 2014
by SOURABH MUKHERJEE
( 29 )
₹ 49.00
'Mukherjee has explored the materialistic urban life, its turmoils and fragility of relationships.' – Times of India

A teenager in a quaint Kolkata neighbourhood falls in love with a girl who gets off her school bus every afternoon near his house and nurtures his love as the years pass by. A young entrepreneur turns to work and alcohol to get over the pain of losing the love of his life till she unexpectedly walks back into his arms in a party. A billboard advertisement reveals a shocking truth to a man who has lost his wife and his memory in an accident. An insecure boy fears losing an attractive girl forever when she breaks all contacts with him after they have made love. As a girl nurses her broken heart, she meets a stranger on the Internet.

"Loves Lost" is a collection of five heart-warming stories with surprise endings about love lost, found or left unprofessed in the deepest recesses of the heart. 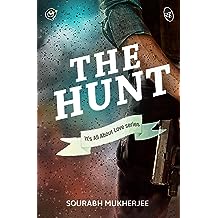 The Hunt 15 Oct, 2018
by Sourabh Mukherjee
( 48 )
₹ 9.00 ₹ 26.25
You Save: ₹ 17.25(66%)
"Detailed observations of human behaviour and the complexity of human relationships..." - The Hindu
It is a sultry summer afternoon and a police officer in plain clothes, carrying a gun, is waiting for Dibakar Roy to leave a bank. The sights and sounds keep transporting the officer to another time in another city, to an evening that changed his life forever when he was a child of twelve. Is his hunt going to end today? 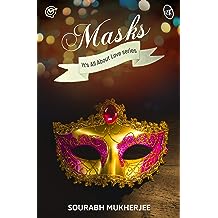 Masks 1 Oct, 2018
by Sourabh Mukherjee
( 49 )
₹ 9.00 ₹ 26.25
You Save: ₹ 17.25(66%)
"Detailed observations of human behaviour and the complexity of human relationships..." - The Hindu
Arijit is the Senior Sales Director in GenX Infotech. He gets an escort engaged to entertain a prospective client, Kris. Sparks fly when Kris meets Oindrila in a hotel. Who is Oindrila and what secrets is Oindrila hiding from the world? A Special Day 24 Sep, 2018
by Sourabh Mukherjee
( 42 )
₹ 9.00 ₹ 26.25
You Save: ₹ 17.25(66%)
"Detailed observations of human behaviour and the complexity of human relationships..." - The Hindu
Mike has been eyeing a prestigious position in the San Francisco office of his company. When his boss Vir calls Mike to his office and informs him that the all-important interview for the job has been scheduled for the very next day, Mike finds himself at the crossroads. Because tomorrow is a special day and Mike has to be in Goa, his hometown. What does it take for Mike to throw away his long-cherished dream? 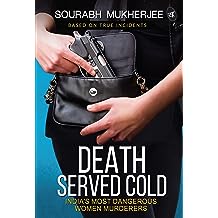 Death Served Cold 10 Aug, 2021
by SOURABH MUKHERJEE
( 203 )
₹ 118.75 ₹ 152.25
You Save: ₹ 33.50(22%)
A woman relishes the last cries of her husband on the phone as he is brutally murdered by her lover. A teenager poisons her family for the love of her tutor. A woman driven by greed ruthlessly bludgeons eight members of her family.
A beautician gangs up with her lover to rob a house, killing innocent women from three generations of a family. A practising lawyer strangles her lawyer husband with the cord of a mobile charger. A friendly and jovial teacher commits at least six murders over fourteen years in a sleepy town down south.
DEATH SERVED COLD is a painstakingly researched collection of true, blood-curdling accounts of gruesome murders committed by India’s most dangerous women over the last three decades.
These stories explore the dark recesses of the female psyche and challenge popular stereotypes by revealing shocking excesses of sadism and aggression rarely associated with women. 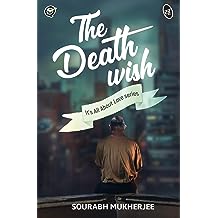 The Death Wish 22 Oct, 2018
by Sourabh Mukherjee
( 35 )
₹ 9.00 ₹ 26.25
You Save: ₹ 17.25(66%)
"Detailed observations of human behaviour and the complexity of human relationships..." - The Hindu
As a man decides to end his life by jumping off the roof of one of the tallest skyscrapers in the city.
Should he; should he not?
Is there something to change his mind at the last minute?