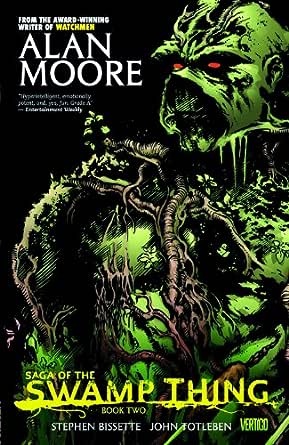 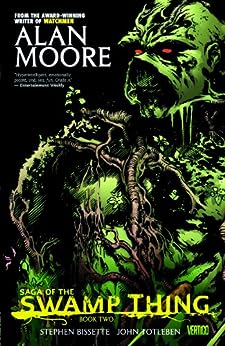 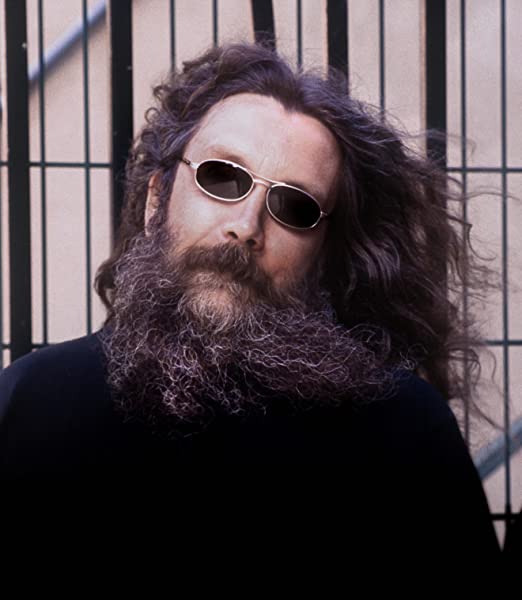 "The best muck-encrusted monster in the best comics."—Neil Gaiman in Entertainment Weekly  --This text refers to the hardcover edition.

Alan Moore is perhaps the most acclaimed writer in the graphic story medium, having garnered countless awards for works such as WATCHMEN, V FOR VENDETTA, SWAMP THING and MIRACLEMAN. He is also the mastermind behind the America's Best Comics line, through which he has created (along with many talented illustrators) THE LEAGUE OF EXTRAORDINARY GENTLEMEN, PROMETHEA, TOM STRONG, TOMORROW STORIES and TOP TEN. As one of the medium's most important innovators since the early 1980s, Moore has influenced an entire generation of comics creators, and his work continues to inspire an ever-growing audience. --This text refers to the hardcover edition.

4.8 out of 5 stars
4.8 out of 5
103 customer ratings
How does Amazon calculate star ratings?
Amazon calculates a product's star ratings based on a machine learned model instead of a raw data average. The model takes into account factors including the age of a rating, whether the ratings are from verified purchasers and factors that establish reviewer trustworthiness.

S Bhattacharjee
5.0 out of 5 stars A genre-defining saga
Reviewed in India on 18 November 2017
Verified Purchase
When Alan Moore took over the reins of the Swamp Thing series, it was on its death throes, almost about to be shut down after a series of poorly received storylines. Moore altered the Swamp Thing's origins, flicked the finger at the Comics Code Authority's regulations, and created an adult version of the Swamp Thing that has finally become a staple of popular culture. A truly epic saga that redefined comic book history much like Moore's other works.
Read more
Helpful
Comment Report abuse

Ankit
4.0 out of 5 stars Love & Death
Reviewed in India on 19 April 2019
Thoroughly enjoyed the Arcane arc, Pogo arc was cute and Bartle's death disheartening. Had been expecting to see Abby and ST together, those visuals of Abby experiencing the world from ST's view feeling all life around herself, was a trippy one. Looking forward to next volume.
Read more
One person found this helpful
Helpful
Comment Report abuse
See all reviews from India

Richard B O'Donnell
4.0 out of 5 stars An interesting tale
Reviewed in the United Kingdom on 10 June 2018
Verified Purchase
As someone who is quite new to the comic book world, this series is one that was often recommended and it's easy to see why. Moore's writing style is fantastic and really makes the niche character of Swamp Thing interesting.

Definitely a must read.

Msitua.Mr@
4.0 out of 5 stars Rubbish quality!
Reviewed in the United Kingdom on 30 April 2019
Verified Purchase
The story is excellent by Alan Moore. Moore is possibly one of the greatest comic writers in the medium.
My grumble is the quality of the paper and the cover. The cover is really flimsy and I mean Really flimsy!
The paper is shockingly thin!
I expected Moore’s best works would be treat with better respect.
Ten quid (current price) is a lot of money for such a shockingly poor product.
Excellent story, rubbish quality.

Mr. J. James
5.0 out of 5 stars It's Alan Moore
Reviewed in the United Kingdom on 28 January 2020
Verified Purchase
Saga of the Swamp Thing by Alan Moore is some of the best Swamp Thing story's you can read, there is a hardback version in two part but you can buy the single volumes, there are eight of them, far cheaper.
Read more
Helpful
Sending feedback...
Thank you for your feedback.
Sorry, we failed to record your vote. Please try again
Report abuse

Jackson Molyneaux
5.0 out of 5 stars Five Stars
Reviewed in the United Kingdom on 18 May 2015
Verified Purchase
Having read the first book around Christmas time, I finally got around to reading the next book after having thoroughly enjoyed the first.
This second instalment into the Swamp Thing saga does not disappoint, and is filled with great characters and brilliant prose as well as speech.
Although the story starts off a bit slow, it quickly picks up the pace as the Swamp Thing travels literally, as well as figuratively, through hell.
I look forward to reading the next one, and if it only gets better, this might have the potential to knock Preacher off of my top spot.
Read more
2 people found this helpful
Helpful
Sending feedback...
Thank you for your feedback.
Sorry, we failed to record your vote. Please try again
Report abuse

AK
5.0 out of 5 stars Five Stars
Reviewed in the United Kingdom on 10 March 2018
Verified Purchase
One of the best comics runs I have read.
Read more
Helpful
Sending feedback...
Thank you for your feedback.
Sorry, we failed to record your vote. Please try again
Report abuse

Ian Williams
5.0 out of 5 stars More essential Moore
Reviewed in the United Kingdom on 18 December 2009
Verified Purchase
Moore's saga of the Swamp Thing continues and if you think this is good, which it is, you've seen nothing yet. Here we have a little more light and shade with some help from guest artists to allow those grisly eminences of Bissette and Totleben not to fall behind. Nevertheless, following a prologue illustrated by the smoother Shawn McManus wherin Swampy has a reconciliation with Alec Holland the person he thought he was, we enter a 3-part story arc that is at least as emotionally horrifying as it is physically and in the immediate followup Swamp Thing goes to Hell in search of.. Well, if you don't know, I'm not going to spoil it for you. Suffice to say that you're in for a hell of a ride, literally. It also allows Swampy to meet four of the DC Universe's most important supernatural entities.

After this, the reader is in need of a break and we get one. First off and well illustrated by McManus, there is a poignant and moving homage to Pogo, Walt Kelly's satirical funny animals strip. Here he is Pog shipboss of a group of varied aliens searching a new home called The Lady, having abandoned their own polluted planet. Sadly, all they find is that Earth is a mirror image of the place they lost. This is one of Moore's most touching stories. Next up is what could have been just a reprint but Moore weaves another seed-setting tale around a reprint of the very first Swamp Thing short by Wein & Wrightson, which is also important as one of the seeds planted in Gaiman's brain which would grow into part of his Sandman epic.

Last is one of Moore's most groundbreaking stories with Bissette and Totleben back on art. Here is the declaration of love and its consummation between Swampy and Abigail Cable. At the time it was mind-blowing.

I generally try to avoid synopses but with a series so important and consisten as this it's difficult not to, especially with these early issues, otherwise I'd simply be repeating superlatives every time I reviewed a new volume. Later on, Moore tackles important themes and ideas. There are introductions by Jamie Delano and Neil Gaiman written just a handful of years after these stories were published. It would be nice to see something new which adds a little perspective. Another minor grouch but one which almost lost this book a star is that the quality of the paper isn't quite as nice as for volume 1.