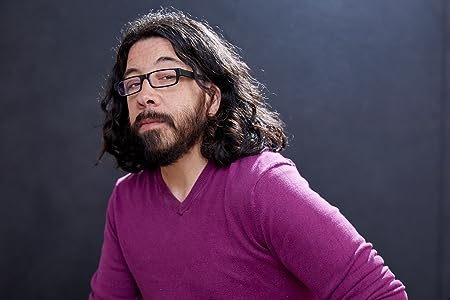 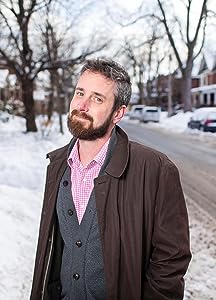 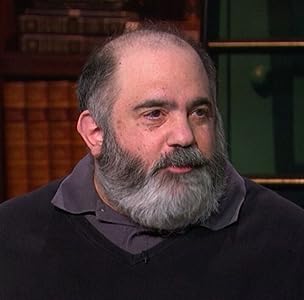 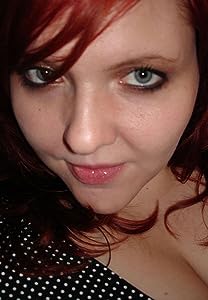 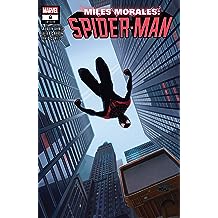 Miles Morales: Spider-Man (2018-) #9 14 Aug, 2019
by Saladin Ahmed, Patrick O'Keefe, Javier Garron
( 1 )
₹166.95
If Miles is going to escape this new villain, their shadowy masters and diabolical tests, he’ll need help! Good thing his dad’s a former Agent of S.H.I.E.L.D.! And there’s no price Jeff wouldn’t pay to get his son back. But the trade may come back to haunt them, as one of the most formidable foes Miles has EVER faced RETURNS! Featuring the last of a series of covers by Into the Spider-Verse art director Patrick O’Keefe!
Read more
inclusive of all taxes 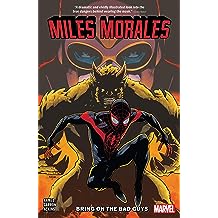 It’s time for Miles Morales to slow down and take stock! What do the young web-slinger’s parents and friends, particularly Bombshell, think of all of that’s happened? Miles may never get to learn the answers — he’s about to be captured, tested and observed like a bug under glass by an unknown assailant! Miles will need help to escape this one. Good thing his dad’s a former Agent of S.H.I.E.L.D.! And there’s no price Jefferson Davis wouldn’t pay to get his son back. But the decisions this father-and-son duo make may come back to haunt them when one of the most formidable foes that Miles has ever faced returns! Prepare for a mystery dating back all the way to Miles’ first appearance! 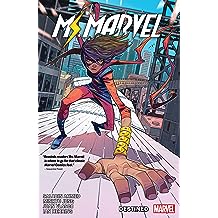 Ms. Marvel is back - and she's magnificent! But there's no such thing as business as usual in Jersey City. Aliens are wreaking havoc in Kamala's corner of the world, and they seem weirdly interested in Ms. Marvel...and her family! Kamala is about to face a devastating loss - but with an alien invasion ravaging her neighborhood, she won't have much time to grieve. Even if Kamala saves her hometown, will her life ever be the same? And what's all this business about a "Chosen One"? Eisner Award winner Saladin Ahmed (BLACK BOLT, EXILES) and rising star Minkyu Jung take the reins of one of Marvel's most beloved young characters for the shocking start of an all-new era! Guest-starring the Invincible Iron Man! 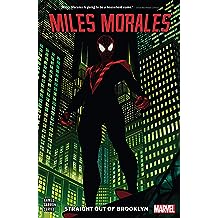 Miles Morales swings back into the spotlight! When the rampaging Rhino and a cadre of mysterious criminals start plaguing Brooklyn, things take a dark turn for the young Spider-Man! What mystery lurks under the surface of this newest villainous uprising? Why does the Rhino have minions? And who is the new antagonist who may just become Miles’ most dangerous foe? Maybe Captain America has the answers! Then, get ready for…Miles Morales’ day off! Vice Principal Drutcher is determined to figure out the reason for his student’s tardiness and absences, so Miles, Judge and Barbara must stay one step ahead by playing hooky — while our hero tries to keep his secret safe from all of them! Plus: the quiet-but-deadly Tombstone! And introducing…Starling! Is she friend or foe? And is she single? 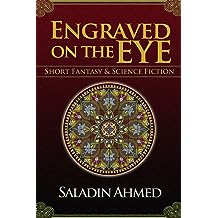 A medieval physician asked to do the impossible. A gun slinging Muslim wizard in the old West. A disgruntled super villain pining for prison reform. A cybernetic soldier who might or might not be receiving messages from God. Prepare yourself to be transported to new and fantastical worlds.

The short stories in this collection have been nominated for the Nebula and Campbell awards. They’ve been reprinted in The Year’s Best Fantasy and other anthologies, recorded for numerous podcasts, and translated into several foreign languages. Now they are collected in one place for the first time. Experience for yourself the original voice of one of fantasy’s rising stars!

PRAISE FOR SALADIN AHMED
“Ahmed’s characters…are a terrific blend of the realistic and the awesomely magical.” — io9

STORIES IN THIS ANTHOLOGY
Where Virtue Lives
Hooves and the Hovel of Abdel Jameela
Judgment of Swords and Souls
Doctor Diablo Goes Through the Motions
General Akmed’s Revenge?
Mister Hadj’s Sunset Ride
The Faithful Soldier, Prompted
Iron Eyes and the Watered Down World

OTHER WORKS BY SALADIN AHMED
Throne of the Crescent Moon (DAW, 2012) 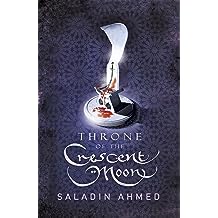 The Crescent Moon Kingdoms, land of djenn and ghuls, holy warriors and heretics, Khalifs and killers, is at boiling point. A power struggle between the iron-fisted Khalif and the mysterious master thief known as the Falcon Prince is reaching its climax. In the midst of this brewing rebellion, a series of brutal supernatural murders strikes at the heart of the Kingdoms. Only a handful of reluctant heroes can learn the truth, and stop the killing.

Doctor Adoulla Makhslood just wants a quiet cup of tea. Three score and more years old, he has grown weary of hunting monsters and saving lives, and is more than ready to retire from his dangerous and demanding vocation. But when an old flame's family is murdered, Adoulla is drawn back to the hunter's path. Raseed bas Raseed, Adoulla's young assistant, a hidebound holy warrior whose prowess is matched only by his piety, is eager to deliver God's justice. Zamia Badawi has been gifted with the near-mythical power of the Lion-Shape, but shunned by her people for daring to take up a man's title. She lives only to avenge her father's death. Until she learns that Adoulla and his allies also hunt her father's killer. Until she meets Raseed.

When they learn that the murders and the Falcon Prince's brewing revolution are connected, the companions must race against time to save the life of a vicious despot. In so doing they discover a plot for the Throne of the Crescent Moon that threatens to turn the city, and the world itself, into a blood-soaked ruin. 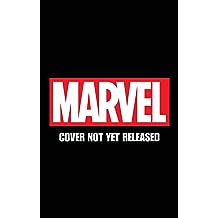 Miles Morales: Spider-Man #30 (Miles Morales: Spider-Man (2018-)) 1 Sep, 2021
by Saladin Ahmed, Phil Lord, Chris Miller, Kemp Powers, Taurin Clarke, Various, Carmen Carnero, Sara Pichelli
₹418.95
HAPPY 10th ANNIVERSARY, MILES MORALES! This is it, ten years as Spider-Man and his future has never looked brighter. A who’s who of Miles Morales Spider-Creators has been webbed together to make this the best Anniversary Special of all time! MMSM TEAM-SUPREME Saladin Ahmed and Carmen Carnero show off Miles’ new suit (designed by Chase Conley) and kick off his eleventh year (AND BIGGEST ONE YET)! And the creative minds behind the Miles movies PHIL LORD, CHRISTOPHER MILLER and two-time Oscar nominee KEMP POWERS celebrate Miles’ birthday in style with Miles Co-Creator SARA PICHELLI! And that’s not even all the candles we’re putting on Miles’ cake! Don’t miss this Anniversary Special!
Read more
See purchase options

Miles Morales: Spider-Man Annual #1 18 Aug, 2021
by Saladin Ahmed, Jed MacKay, Kim Jacinto, Luca Maresca, Juan E. Ferreyra
₹418.95
FIGHT AT THE MUSEUM! Miles Morales is investigating a series of monster attacks in Brooklyn when he runs into Ms. Marvel’s friend and ally AMULET! Together they connect the monsters to a series of cursed magical objects. But who activated them, and why? And can Spider-Man and Amulet find out before the monsters take them down too? ALSO IN THIS ISSUE: Part 6 (of 8) of “Infinite Fury”!
Read more
See purchase options 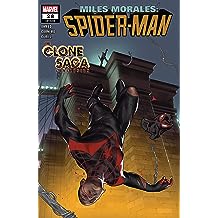 Miles Morales: Spider-Man #28 (Miles Morales: Spider-Man (2018-)) 21 Jul, 2021
by Saladin Ahmed, Taurin Clarke, Carmen Carnero
₹313.95
THE CLONE SAGA REACHES ITS CATACLYSMIC CONCLUSION! Selim was cloned and raised to be the perfect super-soldier for hire. Miles has trouble just getting to class on time. Selim’s scruples are also vastly different than Miles’… so Miles’ family is in horrific danger. YOU DO NOT WANT TO MISS THE MOST HEART-WRENCHING COMIC OF THE YEAR!
Read more
inclusive of all taxes 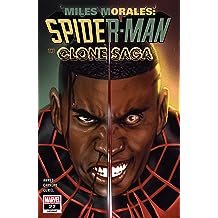 Miles Morales: Spider-Man #27 (Miles Morales: Spider-Man (2018-)) 16 Jun, 2021
by Saladin Ahmed, Taurin Clarke, Carmen Carnero
( 1 )
₹313.95
THE CLONE SAGA CONTINUES! The secrets and origins of the clones are revealed and the truth is horrifying. This is the issue you won’t forget any time soon, and neither will Miles.
Read more
inclusive of all taxes 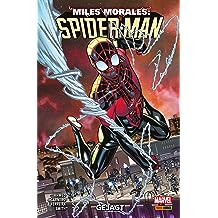 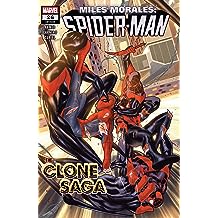 Miles Morales: Spider-Man (2018-) #26 26 May, 2021
by Saladin Ahmed, Taurin Clarke, Carmen Carnero
( 2 )
₹313.95
THE CLONE SAGA CONTINUES! Two Spider-Men find themselves face to face with the three terrifying clones. Peter thought he knew what to expect out of a Clone Saga, but this one throws him for a loop and Miles into the deep end of the ocean.Miles tries to keep his Spider-Side away from the rest of his life but this time he’s got no say in the matter.
Read more
inclusive of all taxes