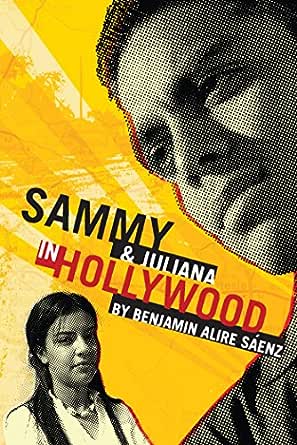 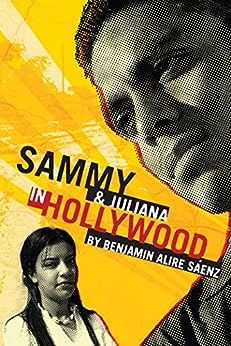 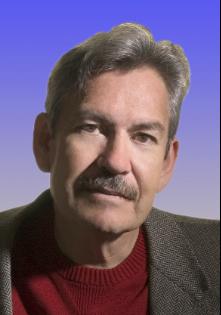 Gr. 9-12. "Someone's gonna hurt you. And you're gonna wish you never had a heart." The warning quickly becomes reality as Sammy struggles with his girlfriend Juliana's violent death. Sammy and Juliana's Hollywood is a New Mexico barrio, where Sammy loses more than his virginity and his girlfriend during his difficult 1969 senior year. A good student and an avid reader (his classmates nickname him "The Librarian"), he works hard for his dream of college. One friend is drafted for Vietnam, another dies of a drug overdose. Two gay friends leave town in exile, and Sammy's father is injured in an automobile accident, altering Sammy's plans. But dad suggests that they shouldn't feel so bad about loss: "I mean--it's the only thing we're good at." The barrio setting is as palpable as the wings that beat against Sammy's insides when danger lurks. The tough but caring family, neighbors, and friends speak in authentic dialogue liberally laced with Spanish that adds texture to the story, and an empathetic teacher and a stand against the school dress code provide a small victory to help Sammy weather the racism and poverty that fuel his emotions and his losses. Cindy Dobrez
Copyright © American Library Association. All rights reserved --This text refers to an out of print or unavailable edition of this title.

“A powerful and authentic look at a community’s aspirations and the tragic losses that result from shattered dreams.” (School Library Journal)

“Sammy’s story of love, loss, and strong family ties is hard to forget.” (The Horn Book)

“An illuminating and edifying story.” (Voice of Youth Advocates (VOYA)) --This text refers to an out of print or unavailable edition of this title.

Benjamin Alire Sáenz is the author of In Perfect Light, Carry Me Like Water, and House of Forgetting, as well as the author of several children’s books. He won the American Book Award for his collection of poems Calendar of Dust. Sáenz is the chair of the creative writing department at the University of Texas-El Paso.

In Hollywood, New Mexico, 16-year-old Sammy Santos falls in love with Juliana, a girl with dark secrets and fire in her eyes. The novel is far more than a coming-of-age story as Sammy deals with first love, poverty, the War in Vietnam, drug overdoses, murder, and racism. Robert Ramirez's performance captures Sammy's introspection, honesty, and moments of poetic lyricism, creating a living, breathing teenager on the edge of awareness. Ramirez is just as at home handling street language and poetry. Liberal sprinklings of Spanish are read so skillfully that the non-Spanish-speaking listener understands the gist of what's being said. Gritty as the unforgiving New Mexican desert, Sammy's story makes compelling listening for older teens. S.J.H. © AudioFile 2006, Portland, Maine-- Copyright © AudioFile, Portland, Maine --This text refers to an out of print or unavailable edition of this title.
Read more

4.9 out of 5 stars
4.9 out of 5
29 global ratings
How are ratings calculated?
To calculate the overall star rating and percentage breakdown by star, we don’t use a simple average. Instead, our system considers things like how recent a review is and if the reviewer bought the item on Amazon. It also analyses reviews to verify trustworthiness.

dani
5.0 out of 5 stars A book that deals with a lot of issues
Reviewed in Spain on 3 March 2016
Verified Purchase
As I said in the title of this review, this book deals with a lot of important issues, such as racism, feminism and the fact of living in a poor "barria". One thing that I loved a lot about the book is that it uses a lot of Spanish words. That was pretty incredible, since I speak both languages.
Read more
Report abuse

oldiebutgoodie1000
5.0 out of 5 stars Worthy teen read...
Reviewed in the United States on 17 March 2016
Verified Purchase
I read it first before giving it to my teen and subsequently encouraged her to turn her friends on to it. She was hesitant saying, "Mom, they don't read books." Well, she did and they been passing this book around ever since. Now we've read all the books this author has written.
Read more
2 people found this helpful
Report abuse

Kindle-klant
5.0 out of 5 stars Such a beautiful story
Reviewed in the United States on 15 July 2020
Verified Purchase
This man is truly gifted. All his books are so beautifully written and this story is so powerful. About love and friendship and hardship and how hate or dislike can change into friendship or love over time.
Read more
Report abuse

N. S.
5.0 out of 5 stars Richie's Picks: SAMMY & JULIANA IN HOLLYWOOD
Reviewed in the United States on 4 December 2004
Verified Purchase
In 1968, during the summer preceding his senior year at Las Cruces High School in southern New Mexico, seventeen-year-old Sammy Santos hooks up with Juliana Rios. The powerful and achingly tragic story Sammy recounts of Juliana and that summer is but a mere preface in this stunning ode to growing up in the barrio--a neighborhood that some joker has named Hollywood. I alternately laughed, cheered, and cried as Sammy and his Hollywood friends encounter the prejudices, the Church, the hormones, the War, the drugs, the violence, the music, the aspirations, and the dress code, while making their way through that year both inside and outside of the barrio. If I had to choose a single "top" book from the 200+ new books for teens that I've read in 2004, SAMMY & JULIANA IN HOLLYWOOD would be the one.
Read more
6 people found this helpful
Report abuse

serafina
5.0 out of 5 stars Couldn't put it down
Reviewed in the United States on 28 September 2004
Verified Purchase
This is a book I highly recommend. I got it in the mail on Sat and finished it by the next day.
It can be at times very depressing to read, in that Catcher in the Rye type of way. The difference is that Sammy isn't born into a life of priveledge, and his obstacles extend beyond his own wonderings. His immediate world is filled with economic and social hardship.
Sammy goes through so much that you can't even imagine what else could possibly happen, but you want to be there with him when it does. It is very honest, vivid and well-written.