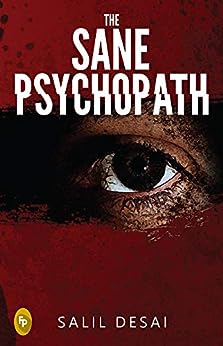 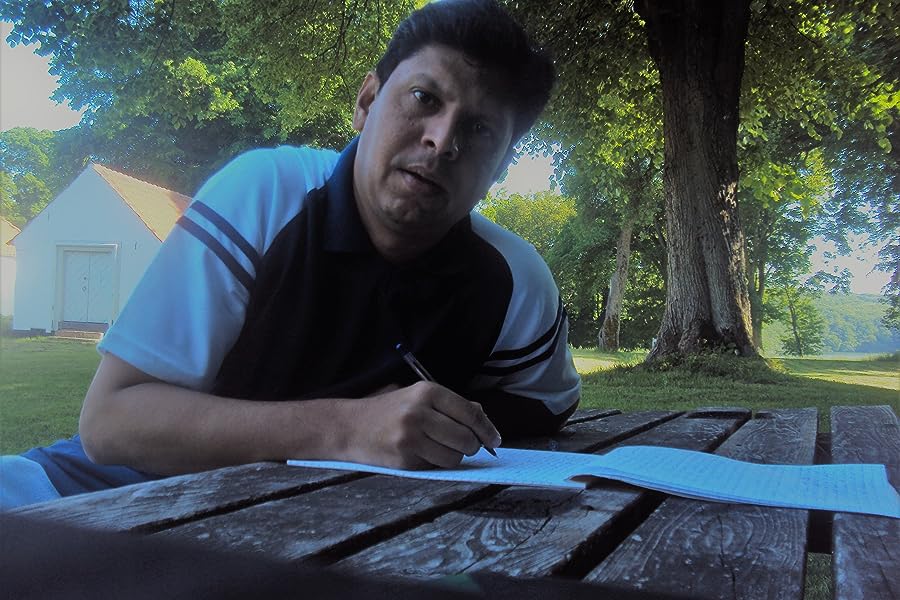 by Salil Desai (Author) Format: Kindle Edition
See all formats and editions
Sorry, there was a problem loading this page. Try again.

Are some crimes unpardonable?

A young lawyer is about to find out.

Until a man decided otherwise.

This is the story of Shanker Lande, driver of a state transport bus, who goes on a bone-chilling hour-long rampage on the streets of Pune—killing 10, maiming 70, and damaging over 100 vehicles, before he is captured.

In this case of Shanker Lande vs the city of Pune, the difference between the criminal and the victims is clear as night and day. But a young idealistic lawyer, Varun Gupte, a Punekar, still decides to defend Lande. And in the process seeks help from a psychiatrist, a man who lost his son to the same incident.

Caught in the pincer grip of their dilemmas, do the two men crumble? Do they unearth the truth? And does the truth absolve Lande?

Inspired by a real incident, The Sane Psychopath is a fictional exploration of a frightening murderous phenomenon of our times.

Salil Desai is an author, columnist, and film-maker based in Pune. He is best known for his much-acclaimed Inspector Saralkar Mystery Series which includes 3 and a Half Murders (2017), The Murder of Sonia Raikkonen (2015), and Killing Ashish Karve (2014). His other popular books are Murder on a Side Street (2011) as well as a collection of short stories, Lost Libido and Other Gulp Fiction (2012). The Sane Psychopath (2018) is his sixth book.
An alumnus of Film & Television Institute of India (FTII), Salil’s dramatized management training videos (www.relivingindia.com) are much appreciated in the corporate world. He also conducts intensive workshops in creative fiction writing, story and scenario design, screenplay writing and film-making.
Salil was also one of the four international authors worldwide selected for the HALD International Writers’ Residency in Denmark, hosted by the Danish Centre for Writers & Translators in June 2016. --This text refers to the paperback edition.

4.2 out of 5 stars
4.2 out of 5
219 global ratings
How are ratings calculated?
To calculate the overall star rating and percentage breakdown by star, we don’t use a simple average. Instead, our system considers things like how recent a review is and if the reviewer bought the item on Amazon. It also analyses reviews to verify trustworthiness.
View Image Gallery

Amazon Customer
5.0 out of 5 stars Amazing book with ultimate thrill.
Reviewed in India on 29 September 2021
Images in this review

Kumar
5.0 out of 5 stars Must read by all
Reviewed in India on 2 December 2018
Verified Purchase
I can summarise my comments in just three words : Cold, Dark, Harsh. That is it.

First and foremost, this is not a murder mystery as in his earlier books. This is radically different. This novel is based on a true event which occurred in Pune. I vividly remember the case when the incident actually happened in Pune. I Googled the current status and found that the Supreme Court has reduced his punishment from Death to Life imprisonment considering insanity as a plea.

Now, coming to the book – it is not an easy book to write. It requires a fine sense of balance. Also it is his shortest book and I can say equally gripping. The plot is tight with no deviation whatsoever. Short chapters add to the pace. What is most critical in such books is the ending. Without mentioning the details the ending actually seals everything. Puts everyone in place. No room for discussion. There is a lot of oscillation in the minds of the readers throughout the book – ranging from anger, sadness, disappointment, sympathy, helplessness, etc. But the end puts a full stop on everything.

There are other small small things in the books which add a lot of character to the pace of the novel.

Read it and you will not regret it.

Madhuri
5.0 out of 5 stars Thriller based on individual and collective psychology
Reviewed in India on 7 December 2018
Verified Purchase
The Sane Psychopath is the anti-thesis of ‘news’ – while news today is about frenzy, the book is about thought.

News narrates events as they occur, raises surface-level questions, and then answers its own questions, drawing us into its loudness and frenzy by feeding on our apprehensions and anger.

The novel, on the other hand, speaks to our sane mind. It takes a horrific real event, the mowing down of Pune citizens by a bus driver, and probes the events, emotions, and thresholds that trigger the latent ‘demon’ within the driver. It tells us that given the right triggers, sanity can snap for any one of us, at any moment, just as it did for Shanker Lande.

It shows the circular nature of cause and effect, in which the effect can once again become a cause, and points, without judgement, to the difficulty of letting go of our anger and pain. It also shows that we are all inextricably linked in ways that we do not want to acknowledge.

Showing that the perpetrator himself had been a victim and that the victim, in turn, can become a future perpetrator, the novel forces us to acknowledge our reluctance to look inwards at our own anger and the many times when we ourselves must have been the trigger in small ways. It raises the question of our interactions with pain, sickness, everyday life through the men in the car and Lande’s boss.

We are guilty of road rage, of being uncaring with colleagues, service providers, family, strangers, clients, of causing pain and discomfort in our interactions, which we brush aside, stating that we were justified in doing so.

In a very direct way, the novel also highlights the urgent need to better understand and accept psychiatric illnesses.

Crucially, for today’s times, lawyer Varun Gupte’s stance shows the interaction between thought and frenzy and the courage it takes to follow up on thought.

Whoever said that crime novels are mere thrillers! The Sane Psychopath is that and more. Salil Desai shows that the genre can help us revisit our attitudes and thought.
Read more
8 people found this helpful
Helpful
Report abuse

Akash Maheshwari
3.0 out of 5 stars Twisted tale with twisted writing. Not Everyone's cup of tea.
Reviewed in India on 5 May 2021
Verified Purchase
To be honest I am a fan of Salil Desai's Inspector Sarlakar series. That is why I picked this up. The Sane Psychopath is a book, drew inspiration from 2012 Pune Bus Incident and I must say that this is a great mixture of reality and fiction.
But if we compare it to the other books of him this was a quite bad. The writing, the language is not lucid and easy to understand. Some questions are remained unanswered. Some plots are unnecessary. Character development is also not properly done.
So if you are a regular reader go for this one. Not for a casual or new reader.
Read more
2 people found this helpful
Helpful
Report abuse

Aditya Sharma
4.0 out of 5 stars The story of a psychopath
Reviewed in India on 8 April 2019
Verified Purchase
The one-after-another twists and turns in the plot keep the reader engaged till the very end of the novel. Salil's language, as always, is simple and graphic. All those wanting to know what goes in the mind of a psychopath, would, especially, find this book very gratifying!
Read more
3 people found this helpful
Helpful
Report abuse

DIPYAMAN CHOUDHURY
5.0 out of 5 stars A gripping one
Reviewed in India on 2 December 2021
Verified Purchase
Though it is not a Sr. Inspector Saralkar mystery but dont be disappointed. The author has enough to keep you engrossed. The title of the novel very aptly justifies itself.
Read more
Helpful
Report abuse

RaZeEn
4.0 out of 5 stars Climax is not upto the scrach
Reviewed in India on 5 September 2021
Verified Purchase
Read the book its quit interesting and engaging bt some how for the chap 1 and. 2 felt that its beating around the bush nevertheless after this its moving quickely diluted with violence and the climax is also quit dissaponting if u alter this climax then it would be best I think so and its not everyones cup of tea
Read more
Helpful
Report abuse

Saurabh
5.0 out of 5 stars Superb book..
Reviewed in India on 16 September 2020
Verified Purchase
Loved this book.lucidly written with twists and turns and each step. If this book doesnt gets a full blown mocie of its own than it will be a travesty. This must be made into a movie.
Read more
Helpful
Report abuse

Jahnavi
4.0 out of 5 stars Boring
Reviewed in India on 6 December 2021
Verified Purchase
It's a true story but the book doesn't build tension or suspence and title throws you off the person is mentally ill he's not sane or a psychopath or a sane psychopath he's just ill that's all
Read more
Helpful
Report abuse
See all reviews
Report an issue
Does this item contain inappropriate content?
Report
Do you believe that this item violates a copyright?
Report
Does this item contain quality or formatting issues?
Report