Skip to main content
The Second Summer of the Sisterhood and over 2 million other books are available for Amazon Kindle . Learn more
Kindle Edition
₹ 293.55 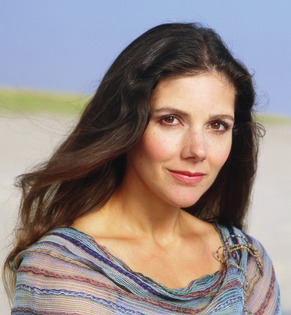 The Second Summer of the Sisterhood (The Sisterhood of the Traveling Pants) Mass Market Paperback – Import, 23 May 2006

PROLOGUE
0nce there were four girls who shared a pair of pants. The girls were all different sizes and shapes, and yet the pants fit each of them.

You may think this is a suburban myth. But I know it's true, because I am one of them-one of the sisters of the Traveling Pants.

We discovered their magic last summer, purely by accident. The four of us were splitting up for the first time in our lives. Carmen had gotten them from a second-hand place without even bothering to try them on. She was going to throw them away, but by chance, Tibby spotted them. First Tibby tried them; then me, Lena; then Bridget; then Carmen.

By the time Carmen pulled them on, we knew something extraordinary was happening. If the same pants fit-and I mean really fit-the four of us, they, aren't ordinary. They don't belong completely to the' world of things you can see and touch. My sister, Effie, claims I don't believe in magic, and maybe I didn't then. But after the first summer of the Traveling Pants, I do.

The Traveling Pants are not only the most beautiful pair of jeans that ever existed, they are kind, comforting, and wise. And also they make you look really good.

We, the members of the Sisterhood, were friends before the Traveling Pants. We've known each other since before we were born. Our mothers were all in the same pregnancy aerobics class, all due in early September. I feel this explains something about us. We all have in common that we got bounced on our fetal heads too much.

We were all born within seventeen days of each other, first me, a little early, in the end of August, and last Carmen, a little late, in the middle of September. You know how people make a big deal about which twin was born three minutes before the other one? Like it matters? Well, we're like that. We draw great significance from the fact that I'm the oldest-the most mature, the most maternal -and Carmen is the baby.

Our mothers started out being close. We had a group play date running at least three days a week until we started kindergarten. They called themselves the Septembers and eventually passed that name down to us. Our mothers would gab in whoever's yard it was, drinking iced tea and eating cherry tomatoes. We would play and play and play and occasionally fight. Honestly, I remember my friends' mothers almost as well as my own from that time.

We four, the daughters, reminisce about it sometimes- we look back on that period as a golden age., Gradually, as we grew, our mothers' friendship disintegrated. Then Bee's mother died. A giant hole was left, and none of them knew how to bridge it. Or maybe they just didn't have the courage.

The word friends doesn't seem to stretch big enough to describe how we feel about each other. We forget where one of us starts and the other one stops. When Tibby sits next to me in the movies, she bangs her heel against my shin during the funny or scary parts. Usually I don't even notice until the bruise blooms the next day. In history class Carmen absently grabs the loose, pinchy skin at my elbow. Bee rests her chin on my shoulder when I'm trying to show her something on the computer, clacking her tee& together when I turn to explain something. We step on, each other's feet a lot. (And, okay, I do have large feet.)

Before the Traveling, Pants we didn't know how to e~, together when we were apart. We didn't realize that we, are bigger and stronger and longer than the time we spend together. We learned that the first summer.

And all year long-, we waited and wondered what the second summer would bring. We learned to drive. We tried to care about our schoolwork and our PSATs. Effie fell in love (several times), and I tried to fall out of it. Brian became a regular fixture at Tibby's house, and she, wanted to talk about Bailey less and less. Carmen and Paul evolved from stepsiblings to friends. We all kept ue nervous, loving eyes on Bee.

While we did our thing, the Pants lived quietly in the top of Carmen's closet. They were summer Pants -that's what we had all agreed on. We had always marked our lives by summers. Besides, with the no-washing rule, we didn't want to overuse them. But not a day of fall, winter, or spring went by when I didn't think about them, curled up in Carmen's closet, safely gathering their magic for when we needed them again.

This summer began differently than the last. Except for Tibby, who'd be going to her film program at a college in Virginia, we thought we'd be staying home. We were all excited to see how the Pants worked when they weren't traveling.

But Bee never met a plan she didn't like to change. So from the start, our summer did not go the way we expected.


From the Hardcover edition.

Start reading The Second Summer of the Sisterhood on your Kindle in under a minute.

4.7 out of 5 stars
4.7 out of 5
209 global ratings
How are ratings calculated?
To calculate the overall star rating and percentage breakdown by star, we don’t use a simple average. Instead, our system considers things like how recent a review is and if the reviewer bought the item on Amazon. It also analyses reviews to verify trustworthiness.

TSegurado
5.0 out of 5 stars Heart warming!
Reviewed in the United Kingdom on 28 August 2011
Verified Purchase
The stories of this wonderful young women continues to bring tears to my eyes! Love, disappointment and family are the base for this follow up. The book is a easy reading and you find yourself rushing to know what happens next! Nice and soft story!
Read more
Report abuse

tam
5.0 out of 5 stars the second dummer
Reviewed in the United Kingdom on 27 October 2013
Verified Purchase
My child couldn't but this book down read it in just over a week during the school hols, so it must be good
Read more
Report abuse

pickey_reader 101
5.0 out of 5 stars Great book for teen girls.
Reviewed in Canada on 12 February 2013
Verified Purchase
I read all the books back in high school. Wish I had adventures and friends like these girls. A good book to read over the summer.
Read more
Report abuse