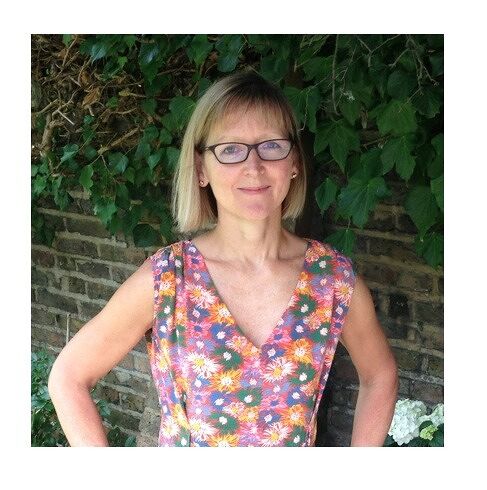 by Karen Inglis (Author)
4.6 out of 5 stars 10,116 ratings
See all formats and editions
Sorry, there was a problem loading this page. Try again.
10 Days Replacement Only
Read more Read less
Previous page
Next page

"An excellent read for boys and girls. ...because of the strong mix of characters it succeeds in being that most unusual of books - a book that can be appreciated by both boys and girls alike. However what I particularly liked is that, unlike many of the lengthy tomes published for 8 - 12 year-olds these days, the page count is extremely manageable with short, gripping chapters that lead you swiftly on through an absorbing tale of mystery and suspense." -- Louise Jordan, Founder, The Writers' Advice Centre for Children's Books; Director, Wacky Bee

Start reading The Secret Lake on your Kindle in under a minute.

4.6 out of 5 stars
4.6 out of 5
10,116 global ratings
How are ratings calculated?
To calculate the overall star rating and percentage breakdown by star, we don’t use a simple average. Instead, our system considers things like how recent a review is and if the reviewer bought the item on Amazon. It also analyses reviews to verify trustworthiness.
Top reviews

CBN Murty
5.0 out of 5 stars WoW...What a story.
Reviewed in India on 26 October 2020
What a story...awesome. I could have been Tom...that was what I was as a kid..great read...recommended for all age groups...
Read more
2 people found this helpful
Helpful
Report abuse
See all reviews

J Ruby
5.0 out of 5 stars A 10/10 rating given by my reluctant reader son
Reviewed in the United Kingdom on 17 December 2018
Verified Purchase
I hesitated about buying this book after reading some comments about the book’s size. I’m so glad it did buy it. Firstly, the comments about its size are completely unjustified. Granted, it isn’t war and peace but it doesn’t have any drawings inside and so probably contains as much text as (or even more than) books like Tom Gates. It isn’t too small at all and seems good value for money. Secondly, my son (10) is a very reluctant reader and starts and fails to finish books more times than I care to remember. Well he devoured this book in 2 days - he couldn’t put it down. He gave it a 10/10 and if its good enough for him, its good enough for me.
Read more
189 people found this helpful
Report abuse

GGG
5.0 out of 5 stars I loved The Secret Lake, it’s the best book ever!
Reviewed in the United Kingdom on 30 September 2018
Verified Purchase
I really liked the pictures and the writing pushed me up a level with my reading, I learnt some new words!

I liked all the characters because they were exciting, especially the dancing moles.

The book was so much fun my mummy had to pull the book away to stop me reading at night! I’d recommend The Secret Lake to children aged 6-12 years old who enjoy mystery, adventure and surprises!

Zulu Warrior
3.0 out of 5 stars Ideal For The Younger Child
Reviewed in the United Kingdom on 2 August 2019
Verified Purchase
Tom Hawken 8yrs, his sister Stella 11yrs and his mother had just returned from Hong Kong, he was so happy to see he had a large bedroom overlooking the garden, Mrs Moor next door had a dog known as Harry but he had a habit of disappearing for days on end, Tom and Stella were sitting in their favourite spot in the garden one day, Tom was digging as usual when they thought they had found a wooden box but it wasn't a box, it was a boat

Deep into the spot they loved in the garden they found a hole with a ladder, the ladder led to a tree, they climbed down both, they found a beautiful lake and saw a boy in a boat, the boy dashed of into the forest, they saw a women with two children Sophie and Emma both in strange dress, they found they had somehow gone back in time to the previous owners of the house, they were sent away to change their strange clothes but back at the tunnel it had closed, they were trapped

The boy with the boat Jack made friends with them, Jack and his father had been accused of stealing at the house but he said this wasn't true, they decided to help him
Read more
28 people found this helpful
Report abuse

Should know better
3.0 out of 5 stars More a pamphlet than a book
Reviewed in the United Kingdom on 3 September 2018
Verified Purchase
My daughter did enjoy this pamphlet, sorry I mean book. However, when compared to other books it is hugely overpriced, it is literally 30% of the size of most books she reads for the same sort of price. She read it in under 2hrs!!!
Read more
40 people found this helpful
Report abuse

KOIKEEPER
5.0 out of 5 stars A good read for all ages
Reviewed in the United Kingdom on 24 September 2018
Verified Purchase
Time travel is one of my favourite subjects to read about. It captivates you right from the beginning, you don't want to stop reading till you get to the end. You're eager to know what will happen next. The chapters are not long and don't drag on. The story had a lovely but emotional end. Anyone of any age could enjoy this story. I loved it and i'm 51. It is good enough to be on t.v. Well done Karen!
Read more
27 people found this helpful
Report abuse
See all reviews
Back to top
Get to Know Us
Connect with Us
Make Money with Us
Let Us Help You
EnglishChoose a language for shopping.
© 1996-2021, Amazon.com, Inc. or its affiliates