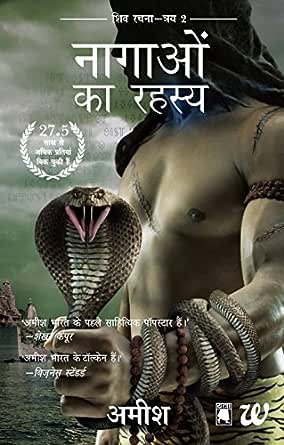 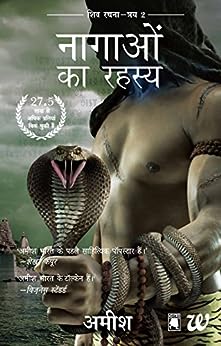 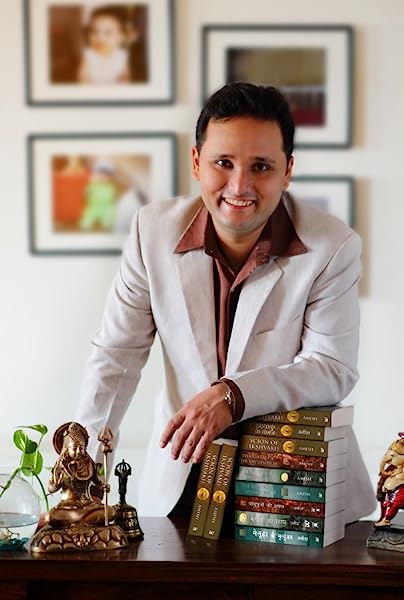 The Secret Of The Nagas (Hindi) Kindle Edition

Very nice book, story is catchy and keeps you involve . Nice series from Amish. Eagerly waiting for next edition "Son of Ikwanshu" --Gaurav Jain May on 22, 2015

its good but I have a good selling option really this book has been improve my life .to day am filling luck cause very easily returned our wrong products. --Raj 007 on Oct 8, 2014

Today, He is a God. 4000 years ago, He was just a man.
The hunt is on. The sinister Naga warrior has killed his friend Brahaspati and now stalks his wife Sati. Shiva, the Tibetan immigrant who is the prophesied destroyer of evil, will not rest till he finds his demonic adversary. His vengeance and the path to evil will lead him to the door of the Nagas, the serpent people. Of that he is certain.
The evidence of the malevolent rise of evil is everywhere. A kingdom is dying as it is held to ransom for a miracle drug. A crown prince is murdered. The Vasudevs – Shiva’s philosopher guides – betray his unquestioning faith as they take the aid of the dark side. Even the perfect empire Meluha is riddled with a terrible secret in Maika, the city of births.
Unknown to Shiva, a master puppeteer is playing a grand game.
In a journey that will take him across the length and breadth of ancient India, Shiva searches for the truth in a land of deadly mysteries – only to find that nothing is what it seems. Fierce battles will be fought. Surprising alliances will be forged. Unbelievable secrets will be revealed in this second book of the Shiva Trilogy, the sequel to the #1 national bestseller, ‘The Immortals of Meluha’.
See all Product description

Piyush
4.0 out of 5 stars EPIC !!
1 November 2015
Format: PaperbackVerified Purchase
I am not a fan of fiction books but the way Shiva story has been punctuated & other mythological characters have been roped , it makes it a fantastic read . I find this book (I am talking about the trilogy series ... ) very informative & it solved the puzzles of our vedas , like Omkar sign & har har mahadev . Even if you are not a religious person , this is a good read because of it's narration & portraying the story in a very persuasive way .
Read more
3 people found this helpful
Helpful
Comment Report abuse

Amazon Customer
5.0 out of 5 stars Mesmerizing book...
1 September 2014
Format: PaperbackVerified Purchase
This book is simply overwhelming.. I am still reading book. 'The secret of Nagas' took you in the other context. Perfect blend of our customs, folklore.. Really appreciable...

Should read by all the Indians..

Amazon Customer
4.0 out of 5 stars A MUST READ
27 March 2016
Format: PaperbackVerified Purchase
1. Good translation.
2. Engaging story.
3. Shiva trilogy has introduced a new genre to the Indian readers. Amish has done a great job in bringing the change.
4. Really great price and the delivery too was quick and devoid of concerns.
Read more
One person found this helpful
Helpful
Comment Report abuse

KSh
1.0 out of 5 stars One Star
8 May 2018
Format: PaperbackVerified Purchase
My mother was not impress with the story. I bought the hindi version for her.
Read more
One person found this helpful
Helpful
Comment Report abuse
There are 522 customer reviews and 661 customer ratings.
See all 522 customer reviews
Write a product review