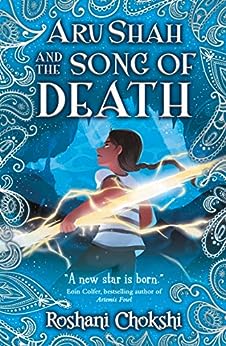 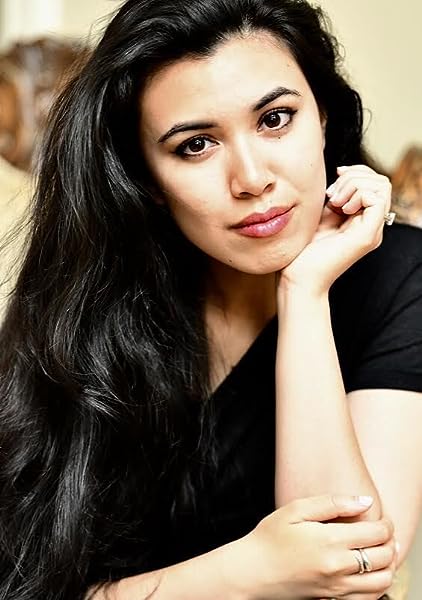 by Roshani Chokshi (Author) Format: Kindle Edition
See all formats and editions
Sorry, there was a problem loading this page. Try again.
Aru is only just getting the hang of this whole Pandava thing when the Otherworld goes into full panic mode. The god of love's bow and arrow have gone missing, and the thief isn't playing Cupid. Instead, they're turning people into heartless fighting-machine zombies.

If that weren't bad enough, somehow Aru gets framed as the thief. If she doesn't find the arrow by the next full moon, she'll be kicked out of the Otherworld. For good.

But, for better or worse, she won't be going it alone. Along with her soul-sister, Mini, Aru will team up with Brynne, an ultra-strong girl who knows more than she lets on, and Aiden, the boy who lives across the street and is also hiding plenty of secrets.

Together they'll battle demons, travel through a glittering and dangerous serpent realm, and discover that their enemy isn't at all who they expected.

Roshani Chokshi is the author of the instant New York Times best-seller Aru Shah and the End of Time, the first book in a quartet for middle grade readers about the adventures of five Pandava sisters. Her acclaimed novels for young adults include The Star-Touched Queen and its companion, A Crown of Wishes, and The Gilded Wolves. The Pandava series was inspired by the stories her grandmother told her, as well as Roshani's all-consuming love for Sailor Moon. Rosh lives in Georgia and says "y'all," but she doesn't really have a Southern accent, alas. For more information, visit her website, www.RoshaniChokshi.com, or follow her on Twitter@Roshani_Chokshi and Instagram @roshanichokshi.
--This text refers to an out of print or unavailable edition of this title.

*"Chokshi seamlessly weaves Indian cosmology and pop culture into a refreshingly feminist plot laced with witty dialogue. The most compelling feature of the novel, however, is the complexity of its characters, who, despite their divinity or semidivinity, are at their core very human. This will leave fans enthralled and clamoring for more."―Kirkus Reviews (starred review) --This text refers to an out of print or unavailable edition of this title.

4.7 out of 5 stars
4.7 out of 5
851 global ratings
How are ratings calculated?
To calculate the overall star rating and percentage breakdown by star, we don’t use a simple average. Instead, our system considers things like how recent a review is and if the reviewer bought the item on Amazon. It also analyses reviews to verify trustworthiness.
Top reviews

Sitaramkumar
3.0 out of 5 stars Book is creased
Reviewed in India on 17 March 2020
Verified Purchase
The book is creased and somehow am not comfortable reading the books if
They are creased.

Otherwise, I would have bought on kindle.

Naman K
4.0 out of 5 stars Like A breath of Fresh Air
Reviewed in India on 9 August 2020
Verified Purchase
Thoroughly Enjoyed. Fast Paced Book. Imagination turning to reality in our minds, as we turned each page. Wish Kindle had the next book in series in its store!!
Read more
Helpful
Report abuse

Ajay
5.0 out of 5 stars AMAZING BOOK!!!
Reviewed in India on 3 July 2020
Verified Purchase
Loved it!! It is good for kids 7 and above!! IT IS AMAZING GOOD FOR EVERYONE AND IS FUNNY AND ADVENTURESOME!!
Read more
Helpful
Report abuse

James Dalton
5.0 out of 5 stars Great book with hindu gods
Reviewed in the United Kingdom on 9 August 2019
Verified Purchase
Such a great book from an author that was unknown to me. If you like mythology from different cultures then you will love learning about hindu gods as aru shah and mini go on there adventure.
Read more
One person found this helpful
Report abuse

Jaylon
5.0 out of 5 stars Good
Reviewed in Canada on 6 October 2020
Verified Purchase
The kids just like the author
Read more
Report abuse

Fernanda Quiroz
5.0 out of 5 stars Roshani did it again
Reviewed in Mexico on 24 July 2019
Verified Purchase
Fun. So much fun. And love and adventure and you have to read this
Read more
Report abuse

Amazon Customer
5.0 out of 5 stars Another amazing book!
Reviewed in the United States on 9 March 2021
Verified Purchase
Sorry about my review for book 1. I accidentally pressed the "submit" button midsentance and it looked really awkward, so I just wanted you to know.
===============================================This book was, to be brief, awesome. I liked the part where SPOILER ALERT they fight the giant crab who *GASP* cannot sing and is not bright red. I love the way Aru relates him with the giant crab in Moana. I think it's funny that Aru is into movies because she will quote a movie character any chance she gets.
Read more
2 people found this helpful
Report abuse
See all reviews

Roshani Chokshi is the author of commercial and critically acclaimed books for middle grade and young adult readers that draws on world mythology and folklore. Her work has been nominated for the Locus and Nebula awards, and has frequently appeared on Best of The Year lists from Barnes and Noble, Forbes, Buzzfeed and more. Her New York Times bestselling series includes The Star-Touched Queen duology, The Gilded Wolves, and Aru Shah and The End of Time, which was recently optioned for film by Paramount Pictures.