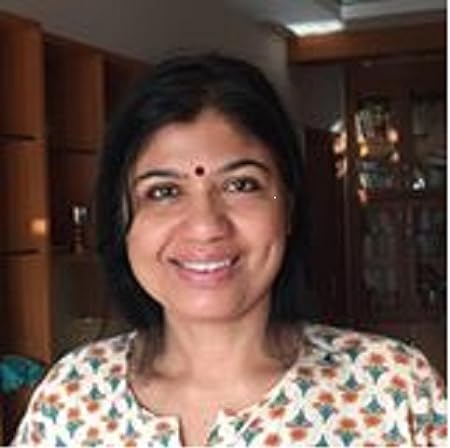 Sharmishtha Shenoy is the author "Murder in the Chowdhury Palace" published by Vishwakarma Publications. She is also the author of the Vikram Rana Mystery series. The books that are part of the series are: Vikram Rana Investigates, A Season for Dying, Behind the Scenes and Fatal Fallout. Murder in the Chowdhury Palace, A Season for Dying and Behind the Scenes has reached #1 in hot new releases.

Her short stories have been published in reputed magazines. She loves writing murder mysteries, the kind of books that she herself likes to read. Before starting to write, she had been an IT professional and had worked in TCS, Satyam, Infosys, and Microsoft. She is a big foodie and enjoys Biriyani (both Hyderabadi and Awadhi versions) and rasgullas like most Bengalis. She is also a lusty singer of the bathroom singing variety. Though she is happily married to Mr. Shenoy in real life, in her fantasy world she is wedded to her creation, Vikram Rana. You can get to her blog by typing the word “Sharmishtha Rana” into Google. No, seriously, try it. She was born in Calcutta. She is an M Tech from the University of Reading, Great Britain and had received a 100% British Government Scholarship to study there. She lives in Hyderabad.

You can reach her at sharmishtha.shenoy@gmail.com 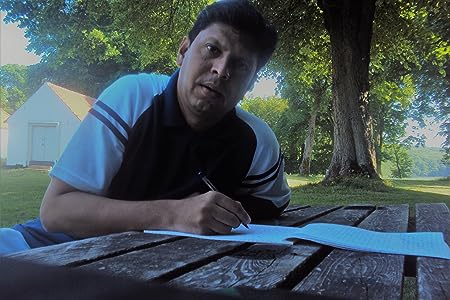 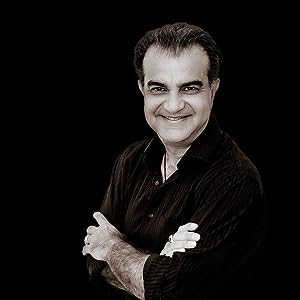 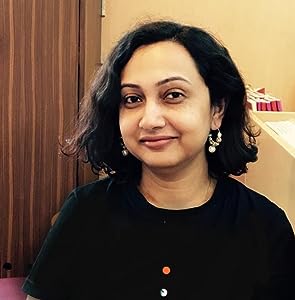 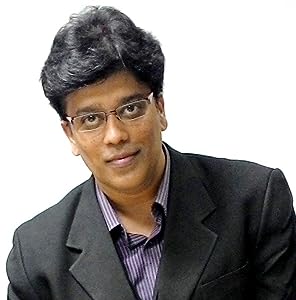 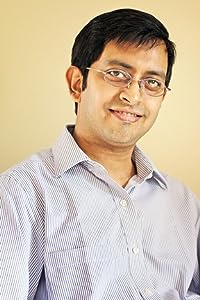 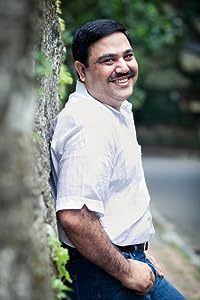 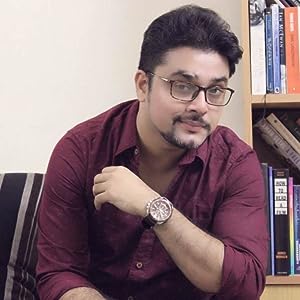 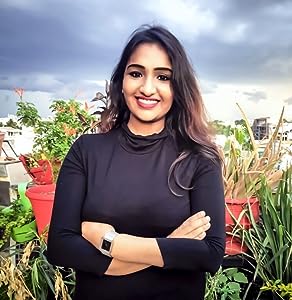 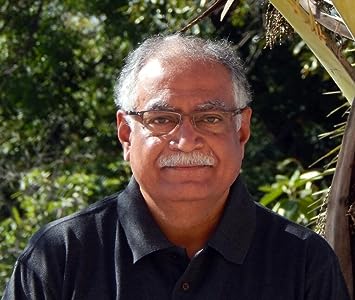 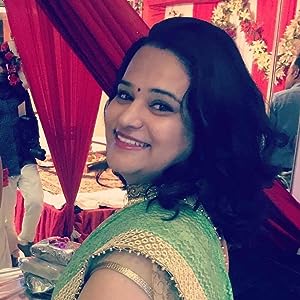 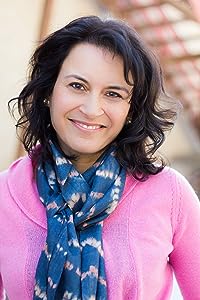 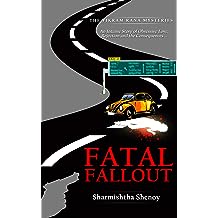 Fatal Fallout (Vikram Rana Mystery Book 4) 27 Jan, 2019
by Sharmishtha Shenoy
( 102 )
₹145.00 ₹250.00
You Save: ₹105.00(42%)
Fatal Fallout
Beautiful model and aspiring actress Gauri is found dead on the highway from a gunshot wound. The jewelry she had been wearing and other valuables are missing. Is it a case of a robbery gone wrong? Or is it premeditated murder?
Gauri’s friends and family hold her boyfriend Akash responsible for the death. Gauri had recently broken up with him because of his abusive behavior. Did the fallout of the breakup turn fatal for her? Did Akash decide that if he couldn’t have her, nobody else would either?
Moreover, why did the film director Madhav hire detective Vikram Rana to investigate her death? Is it because he loved her, or because he wanted to point the needle of suspicion away from himself?
Adding to the puzzle, is the corrupt police inspector Phani Kuma sabotaging the case for his devious motives?
The media, meanwhile, is sensationalizing the case, and pressure is mounting on ACP Gopi Reddy to resolve the case at the earliest.
Ace detective Vikram Rana swings into action to untangle a complex web of abuse, lies, and murder to get to the truth.
Read more
Other Formats: Paperback
inclusive of all taxes 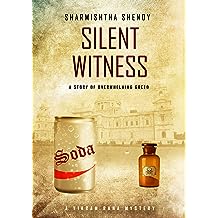 Silent Witness: A Vikram Rana Mystery 3 Sep, 2020
by Sharmishtha Shenoy
( 62 )
₹180.00 ₹250.00
You Save: ₹70.00(28%)
Akhil Garg, a real estate developer in Kolkata, dies after drinking a can of soda bought from a local superstore. Others who drank soda from the same superstore suffer food poisoning too, but Akhil is the only one to die. Is Akhil’s death an accident? Akhil’s real estate company, Garg Developers, is insured for a hundred crores, and his business partners, who are also his family and close friends, stand to gain tremendously from the insurance payout if his death is proved accidental.
The owner of the superstore is Mr. Bagri, a poor relation of the Garg family, whom Akhil had insulted just a few days before his death. Did Mr. Bagri take revenge by poisoning Akhil? Or was it a tenant whom he was trying to evict? Or could it be his flamboyant nephew Dinesh, who resented and despised him?
Bad blood can destroy dynasties. Akhil Garg’s mansion was protected by high gates and security measures designed to keep bad elements out. But what if the enemy was within?
As the investigation proceeds, a blood bath starts as one by one, the partners and employees of Akhil’s company start dying.
There are suspects aplenty, and Vikram Rana has the challenging task of identifying whether Akhil’s death was an accident or a homicide. 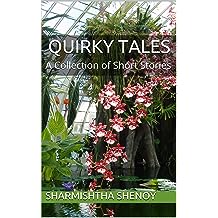 Quirky Tales: A Collection of Short Stories 21 Jun, 2019
by Sharmishtha Shenoy
( 10 )
₹99.00
Presenting a collection of short stories.
“The Mills of the Gods” focuses on the mental anguish and the moral dilemmas of Ram Nath Singh, an uneducated driver who kills his girlfriend after she ditches him for an elderly millionaire. “Deadly Desire” is a light-hearted take on the consequences of infidelity. “Life is Beautiful,” tells the tale of a strong woman, who fights against all the odds to become a rocksteady mother for her child. "Rajbir's Story" is about the futility of war and "Cycle of Life," is a look at the life of a typical Indian woman. 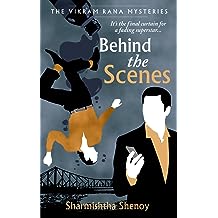 Behind the Scenes: A Vikram Rana Mystery (Vikram Rana Mystery Series) 30 Oct, 2017
by Sharmishtha Shenoy
( 127 )
₹165.00 ₹225.00
You Save: ₹60.00(27%)
Behind the Scenes...
Fading superstar of the Bengali film industry Ryan Gomez is poisoned to death while shooting for a film in the pretty hill town of Darjeeling. Sheila Dhar, the film’s beautiful female lead with whom Ryan had recently broken his engagement is the chief suspect. Sheila attempts suicide and is shifted to a hospital in Kolkata for treatment. The CID, Kolkata, takes over the investigation and the film crew is allowed to move back to the “City of Joy”.
Though revenge for the broken engagement seems the obvious motive for the murder, there are several others who had reason to wish Ryan dead. Powerful film producer Rustom, the love of whose life ended up becoming Ryan’s first wife. Screenplay writer Allan, who was in danger of being fired from the production house thanks to a public tiff with Ryan. Acclaimed film director Paddy, who was in love with Sheila. Sheila’s mother, Jaya, who was strongly opposed to her marrying Ryan. The family of Ryan’s first wife, who bear a deep grudge against him.
There are suspects galore, but the murderer has not reckoned with the tenacity of Vikram Rana. 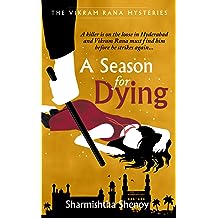 A Season for Dying: A Vikram Rana Mystery (Vikram Rana Series) 6 Apr, 2017
by Sharmishtha Shenoy
( 86 )
₹135.00 ₹250.00
You Save: ₹115.00(46%)
A Season for Dying
Note from a killer
“This is Prakash writing. I am the murderer of Padma Manepally. I am attaching photos of her dead body taken in her apartment today to prove that I am indeed the killer. Old ladies make nice soft targets. I think I will wipe off an old lady next. …Catch me if you can.”

1st April, 11:30 am Charminar: A housewife is strangled to death.
15th April 5:30 am Begumpet: A reputed doctor is bludgeoned to death near Begumpet Station while out on her morning walk.
A ruthless killer is on the loose. He has openly challenged the police to catch him. The reputation of the Hyderabad Police is in tatters. The psychopath is roaming freely across Hyderabad killing indiscriminately. Or is there a method in this madness? Who are these victims and why they have been selected by the murderer? ACP Gopi Reddy ropes in good friend Vikram Rana to help him. As Gopi Reddy admits, 'Random killers are the hardest criminals to catch.' But to Vikram Rana something about these brutal incidences does not ring true and these crimes seem to be related…. Will Vikram and ACP Reddy be able to prevent another murder in this race against time before this monster strikes again? 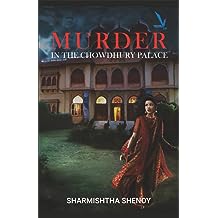 Murder In The Chowdhury Palace 29 Mar, 2020
by Sharmishtha Shenoy
( 62 )
₹225.00
Orphaned in her childhood, Durga has always longed for wealth and security.She finds it all when she marries debnaryan Chowdhury, heir to an immense, multi-crore estate. But there is a curse on the family, due to which the first-born of each genration dies young.When her father-in-law Birendrnath dies unexpectedly, durga and debnaryan come down to the ancestral home, near kolkata. The Moment durga enters her new palatial home, she crosses a threshold of terror. She loses her husband within a month of her marriage and inherits the estate.Family and friends believe that debnaryan died due to the curse on the Chowdhury family.But is it really her bad luck that debu died? Was debnaryan's death an accident? everyone in her new family and the neighborhood appear to be sympathetic. yet, most of them have a motive to kill her. Is she now on the murder's radar? Or is she the master of the game?
Read more
Other Formats: Paperback
inclusive of all taxes