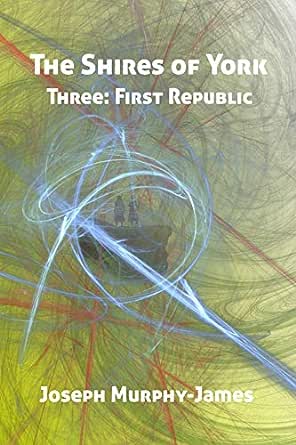 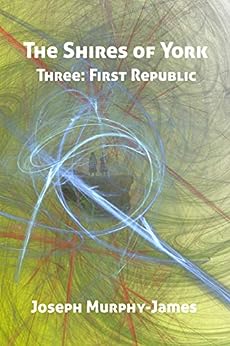 Epic Fantasy, well told. If you like fantasy, you'll love this series from Joseph Murphy-James.

The quest: To prevent domination of the Shires of York by the Dämonen, demons who crave power above all else. Currently exiled by the powerful Elven who control four Veils that provide a path between the incorporeal land of the devils and the Shires, the Dämonen seek the Crystals of the Veils, keys that will open the portals.

First Republic is the third book in the Shires of York epic fantasy series. The Norman invasion of Britain has occurred and Nobles of the Shires are revolting against the taxes that William, the victor, has imposed. The Normans hit back and harry the North, using unconventional tactics.

Dämonen has settled into a new order that it calls the First Republic. Albert is concerned about the shape of the republic and worries that conflict may be built in to the Dämonen psyche. The High Priest plans a diversion.

The Elven wish to recover the Crystals of the Veil and exile the Dämonen once again but are thwarted at every turn by unlikely encounters with dragons and dwarves.