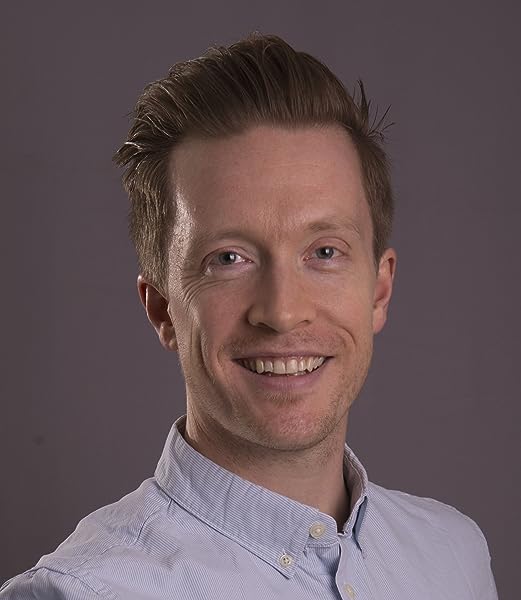 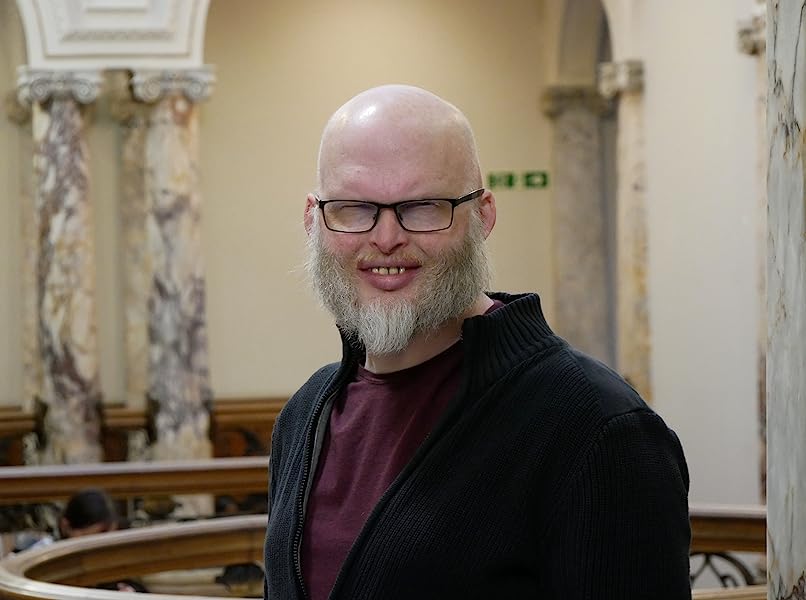 As researchers in language acquisition, we need to study people like you. ― Stephen Krashen, Emeritus Professor, University of Southern California

Olly's advice on language learning is the real deal, and I recommend you pay attention to what he has to say! ― Benny Lewis, Fluent in 3 Months

When we wanted to create a free online course on how to learn a language we asked Olly to write it with us. ― Dr Tita Beaven, The Open University

Learning a language is challenging, but it's one of the best things you can do for your brain and your learning skill set... Olly Richards is doing some seriously incredible work to empower more and more people to rise to the challenge. ― Jonathan Levi

Olly bridges the gap between theory and practice by helping you to use scientific principles to get real results with your language learning. ― Anthony Metivier, Magnetic Memory Method

Short Stories in French for Beginners is an unmissable collection of eight unconventional and captivating short stories for adult and young adult learners.

Olly Richards speaks eight languages and is the man behind the popular blog: I Will Teach You A Language. He started learning his first foreign language at age 19, when he bought a one-way ticket to Paris...

With no exposure to languages growing up, and no special talent to speak of, he had to figure out how to learn a foreign language from scratch. Fifteen years later, Olly has studied ten languages and has decided to reveal how he accomplished his goal of learning foreign languages quickly.

Although he started the I Will Teach You A Language blog in order to document his latest language learning experiments, his useful and actionable writing quickly transformed the blog into one of the most popular sources of language learning advice on the web. He now produces language books and courses across a variety of mediums with the goal of helping other people to successfully learn a new language.

Richard Simcott is a polyglot and lifelong language learner; he speaks sixteen languages and has been described as 'one of the most multilingual people in the UK'.

Start reading Short Stories in French for Beginners on your Kindle in under a minute.

4.6 out of 5 stars
4.6 out of 5
833 global ratings
How are ratings calculated?
To calculate the overall star rating and percentage breakdown by star, we don’t use a simple average. Instead, our system considers things like how recent a review is and if the reviewer bought the item on Amazon. It also analyses reviews to verify trustworthiness.

Ritika katiyar
5.0 out of 5 stars Beginners go for it..... ❤
Reviewed in India on 16 April 2021
Verified Purchase
Worth buying! Really good for beginners mainly A2 and B1 level. Chapters with basic french and exercises too. It will help me to enhance my skills. Valuable and reasonable tooo.
Read more

5.0 out of 5 stars Beginners go for it..... ❤
By Ritika katiyar on 16 April 2021
Worth buying! Really good for beginners mainly A2 and B1 level. Chapters with basic french and exercises too. It will help me to enhance my skills. Valuable and reasonable tooo.
Images in this review

Jyoti
3.0 out of 5 stars Not the best because audiobook is lacking.
Reviewed in India on 22 June 2021
Verified Purchase
I would have like to listen to the audio version of the book. But in the app the audio book costs even more (double) the original price of the book. That's frustrating. Audio access to the stories in the book must be provided free with it once one purchases the book.
Read more
Helpful
Report abuse

Hans
5.0 out of 5 stars Best book for A2 students and plus :)
Reviewed in India on 4 November 2020
Verified Purchase
Best book for beginners who have done A2 :)
Read more
2 people found this helpful
Helpful
Report abuse

Anonymous
5.0 out of 5 stars Excellent book
Reviewed in India on 26 April 2021
Verified Purchase
Great book for beginners to read stories for pleasure as well as practise reading comprehension. The meanings of some of the words at the end of the chapters are very useful and so are the tips provided in the beginning of the book.
Read more
Helpful
Report abuse

5.0 out of 5 stars Helpful book
By Shivendu Jha on 3 September 2020
Helps in understanding French
Images in this review

PR
2.0 out of 5 stars Bad glossary and some childish stories.
Reviewed in the United Kingdom on 5 January 2018
Verified Purchase
As mentioned by only one other reviewer - I'm suspicious of this - the trumpeted glossary is not good. Odd selection of items, in which difficult constructions hard to fully appreciate for non-French speakers are left out, but single words that any beginner would already know are listed. A few of the bold words have no translation, as has been said or, Irritatingly, the context often is not translated with the correct tense, nor with the correct English language nuance. I don't know about the naturalness of the French, but the English is often slightly misleading or doesn't take account of the context of that instance of the word. 'Se rendre compte' is a French expression meaning 'to realise' but sometimes in certain contexts that translation doesn't work in English, and anyway the word 'realise' has two meanings in English. I therefore spent quite some time researching the expression under its component parts in various larger and larger dictionaries, which I had to buy, before I really learnt the phrase or trusted it. So the whole context learning effect of learning from stories has misfired. This book doesn't make it much easier for you.

Finally, some of the stories are quite good, the first and last ones particularly, but you are also going to learn a lot of useless vocabulary about pirates and being invisible and time travel and a monstrous fierce beast and science fiction etc. And for learners, couldn't we be protected from the past historic? I know it's a French thing in stories, but we're mostly reading to learn conversational French and the Past historic most certainly is only used in writing.

AMK
1.0 out of 5 stars Do Not Buy
Reviewed in the United Kingdom on 23 October 2017
Verified Purchase
Badly written stories with not much logic. Obviously not written by a native speaker. Not authentic. Strange use of grammar and tense. Not at all suitable for students at any level. I feel cheated and would like to ask for my money back.
Read more
25 people found this helpful
Report abuse

John Chandler
4.0 out of 5 stars A great way to improve your French
Reviewed in the United Kingdom on 8 July 2017
Verified Purchase
Really enjoyable and great for re-learning French with. The stories are each divided into three chapters separated by a brief summary of the chapter, some vocabulary, and some questions to help aid understanding. I've understood more than I've expected, picked up some great colloquial/conversational phrases, and there's some helpful advice on getting the most from the book included.

My only minor issue is that the vocabulary section can be a bit... mixed. The occasional highlighted word or phrase is missing from the vocab, and the choice of words/phrases can be odd with some basic stuff included and some of the more unusual or difficult words not. Admittedly, no vocab section is going to be comprehensive and take into account the reader's background without turning the book into a huge dictionary.

maurice
5.0 out of 5 stars Pleasant way to revise
Reviewed in the United Kingdom on 8 July 2019
Verified Purchase
I left school over sixty years ago, but always took an interest in improving my sparse schoolboy conversational French. Not having the opportunity to speak with any French people, my grammatical understanding left a lot to be desired. This book has helped me understand the application of tenses and gender by reading the short stories. It is encouraging to interpret the written word and then finding that one probably remembers much more than realised. Useful exercises at the end of each chapter help to fill in the gaps in one's knowledge.
Read more
4 people found this helpful
Report abuse

D Webster
5.0 out of 5 stars Cela aide ma Prononciation
Reviewed in the United Kingdom on 15 June 2017
Verified Purchase
These stories are really supporting my learning and are fun to read. They are pitched just right (I'm currently 38% fluent on Duolingo) so that I don't have to be translating every other 30 seconds. I get to the end of the short story - answer the questions and then read through the vocabulary list - when I re-read it is crystal clearer. There is a lot of meaning to be gained from intuition and gist making and this in itself is confidence forming. There are a lot of similarities between French and English and this also helps with learning French. I read the stories out loud in the car and my partner (driving) translates. This helps my pronunciation and spoken delivery and is also a lot of fun or to put it in French: Cela aide ma prononciation et la livraison partagee et est egalement tres amusant. I'm hooked and hoping there is a whole series.
Read more
7 people found this helpful
Report abuse
See all reviews
Back to top
Get to Know Us
Connect with Us
Make Money with Us
Let Us Help You
EnglishChoose a language for shopping.
© 1996-2021, Amazon.com, Inc. or its affiliates