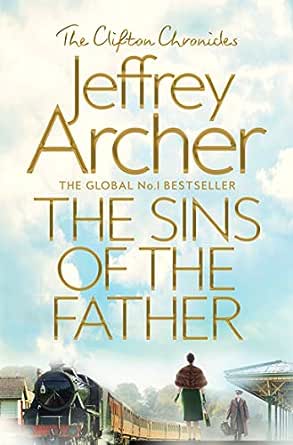 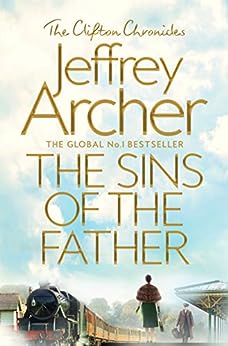 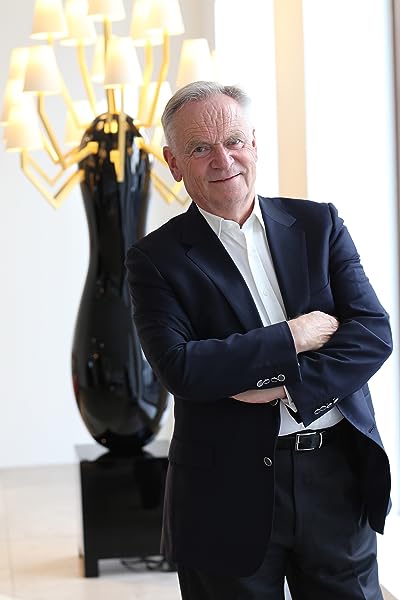 The Sins of the Father (Clifton Chronicles Book 2) Kindle Edition

Praise for international bestselling author""JEFFREY ARCHER "One of the top ten storytellers in the world." --"Los Angeles Times" "There isn't a better storyteller alive." --Larry King"" "Archer plots with skill, and keeps you turning the pages." --"The Boston Globe" "Cunning plots, silken style.... Archer plays a cat-and-mouse game with the reader." --"The New York Times" "Archer is a master entertainer." --"Time" "A storyteller in the class of Alexandre Dumas...unsurpassed skill." --"Washington Post"

Probably the greatest storyteller of our age (Mail on Sunday)

I wasn't wrong when after reading the first book in the series, I had ordered the rest of the books. Once again finished the second book in a single fortnight. Yes it's that engaging. Mr Archer, as I have said so earlier, is one of the best authors of modern day literature.
The story continues where the first book left off. I must say the second book has widened it's horizons. Although the element of mystery which was there in the first book, was altogether missing. That may be the case that the story was progressing from a drama mystery to something even more engaging. Both the books leave you in cliffhanger position at the last paragraph where you are evident to grab the next copy. While I usually give some time before I continue a series but not this time, the third book lies on my side and I am immensely tempted to munch on its pages.

Trust me, start the series.
The Clifton Chronicles.

A three and a half stars for the second book.

Rajni Rethesh
3.0 out of 5 stars The villian moves from being bad to worse till it turnsout to be fatal to ...
31 December 2017
Format: PaperbackVerified Purchase
I have no plans to carry forward my sins into 2018 so finished reading The Sins of the Father by Jeffrey Archer yesterday itself. The book is the second in the Clifton Chronicles. A typical Bollywood masala storyline, I would say. No wonder Bollywood is always keen to steal from his works.

The book is set in the background of World War ll. Harry Clifton, the protagonist, joins a ship to get naval experience before joining British Navy but is declared dead in the first book. Rather, that is the message he sends across due to personal tensions back at home. The ship he travels in is attacked by Germans which kills many people. Though, he is saved. He takes up the identity of his American companion, Tom Bradshaw who dies during the attack and travels to America. Unfortunately, Harry ends up in jail in America for some crime committed by Tom Bradshaw. The story moves on from here at a fast pace. His girlfriend, Emma comes in search for him from Britain without any clue about him. His friend from school, Giles Barrington, who is Emma's brother as well, joins British Military services. Harry's mother toils in a hotel as a waitress to forget about her son's demise. She is an illiterate woman who fails to read the letter Harry sents only to her telling he is alive. It's a typical hero versus villian kind of story where the hero is wronged throughout and the entire world is sympathetic. The villian moves from being bad to worse till it turnsout to be fatal to him. All in all, it's a good, fast pace book which spills into the third series, leaving you curious to know what happens next.
Read more
4 people found this helpful
Helpful
Comment Report abuse

Mukund
5.0 out of 5 stars An Incredible novel and a thrilling finish !!!
20 August 2015
Format: PaperbackVerified Purchase
The book was delivered on time by Amazon and in a very good condition.

Coming to the review of the book

This is the first word which comes in my mind after reading this book, the second in the Clifton Chronicles. What a masterpiece from Jeffrey Archer. After reading the first book I was in awe of this author and now I am just loving it. It starts right from the point where the first book ended and then slowly we will be engrossed in the web spun by the author, the scenes of the world war II can be imagined which are very well described by Archer. Almost for each scene we can feel, we are right there and the scenes are unfolding right in front of our eyes. Such is the narration by Archer. For each and every character a face can be given and can be felt and experienced, be it the protagonist Harry, his mother, or any character for the matter of fact. The drama keeps unfolding and the reader become an invisible part of this epic series. Finally the ending of the book, what to say...just speechless. I am lucky that I did not read this book at the time it was out in the market else I had to wait for 1 year to get to know what happens in the final sequence of the second part.

P.S If anybody intends to read the Clifton Chronicles, my humble suggestion is to first own all the 5 books and then begin !!!
Read more
5 people found this helpful
Helpful
Comment Report abuse

Gowtham Pudipeddi
3.0 out of 5 stars Like with the one volume
17 July 2015
Format: PaperbackVerified Purchase
With Tom Bradshaw convicted for a six years sentence starts the Second Volume of Clifton Chronicles. Like with the one volume, where Archer ends the books in spell-binding twist, even here in the very first chapter he shocks the readers with one simple twist that changes the whole book's story on its heels, where the last chapter of volume one changed the series.
But, story itself, after it changes, heads to nowhere, and seems like a mishmash of several Archer's stand-alone classics. Like, from Kane and Abel, where there is second-world war episode where both Kane and Abel both serve. And From Sons of Fortune, where is blood relation between the two main leads, which is the case here, but without any dispute. And Harry's mistaken identity, wrongful conviction reminds Prisoner of Birth, and finally Harry's book in the book, THE DIARY OF A CONVICT reminded me of Archer's own Prison Diaries, about his life in prison, a non-fiction book.
The only saving grace for the whole book is the two parts of Hugo Barringtion's POV narration sections. And the way Hugo ends, in fact, changed the story, to where it hangs now.
Rest of the book, with Harry's life in prison life seemed like shorter-heartless-depthless illustrated version of RITA HAYWORTH AND SHAWSHANK REDEMPTION.
The war episodes of Giles bore you; Maisie's story slightly interesting; and the the climax, of course, end in a cliffhanger, but not so very exciting that I'd instantly grab the third volume and find out what happens. For, its less interesting than emphasized in the book.
Overall, if you've read the previous book, and following it up to catch up with what follows after the big "mistaken identity and arrest" in the first book, coupled with the fact that you haven't heard or read any of the above mentioned other works, you might enjoy.
Fast-paced, page-turner, but less interesting story, and a mostly a bore.
Got to see, what happens in the third volume, to decide the significance of this volume, otherwise it seemed like a insertion rather than a continuation.
Finally, you can't enjoy its as a stand-alone. Better get introduced to Harry and his tale in the first volume to enjoy this one.
Read more
3 people found this helpful
Helpful
Comment Report abuse
There are 153 customer reviews and 173 customer ratings.
See all 153 customer reviews
Write a product review

Go to Amazon.com to see all 2,513 reviews 4.5 out of 5 stars
click to open popover
Unlimited FREE fast delivery, video streaming & more
Prime members enjoy unlimited free, fast delivery on eligible items, video streaming, ad-free music, exclusive access to deals & more.
> Get started
Back to top
Get to Know Us
Connect with Us
Make Money with Us
Let Us Help You
EnglishChoose a language for shopping.
© 1996-2020, Amazon.com, Inc. or its affiliates