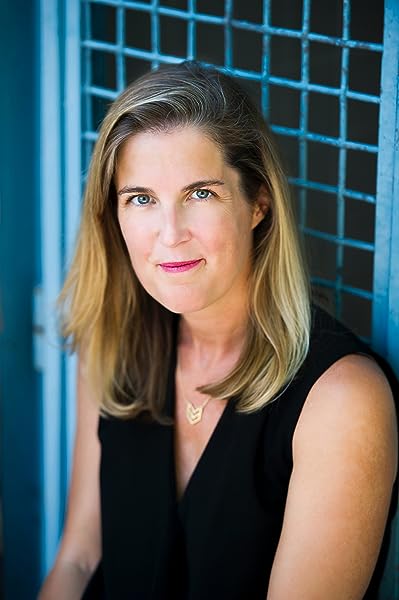 by Amanda Eyre Ward (Author)
4.5 out of 5 stars 53 ratings
See all formats and editions
Sorry, there was a problem loading this page. Try again.
FREE delivery: Oct 12 - 19 Details

Bank Offer (2): Get up to Rs 1250 Amazon Pay Gift Card with Citi Credit EMI transactions See All
No Cost EMI: Avail No Cost EMI on select cards for orders above ₹3000 Details
Partner Offers: Get GST invoice and save up to 28% on business purchases. Sign up for free Details
See 1 more
10 Days Replacement Only

“It’s funny and sad and redemptive. Read it now. Thank me later.” -- Jennifer Weiner, New York Times bestselling author of Good in Bed and In Her Shoes

“Sleep Toward Heaven is a merciful gaze on the lives of three women inextricably linked by murder and ultimate grace. Brutal, beautiful, wise--Amanda Eyre Ward has written a storm of a novel. It will rattle the cage of your heart.” -- Debra Magpie Earling, author of Perma Red

“In this ambitious debut novel, with cinematic scope and a probing eye, Amanda Eyre Ward takes her readers inside he criminal justice system and into the hearts and minds of three women whose lives literally hang in each other’s hands during a few desperately hot months of Texas summer.” -- Thisbe Nissen, author of The Good People of New York

“Ward’s no-nonsense, unflinching prose and her complex but never confounding structure make this novel very tough to put down. But her greater triumph is her ability to humanize all these characters.” -- O, The Oprah Magazine

“Sometimes the best fiction is inspired by fact, as in the case of Sleep Toward Heaven, a first novel that manages to be both socially relevant and completely personal...wonderfully sewed to the fringe of autobiography, in this case searching for an answer to the question: ‘Is that darkness within me?’" -- New York Post

“How do we forgive the unforgivable? First-time novelist Ward explores this question with a delicate blend of compassion, humor and realism. Ward’s celebration of human resilience never becomes preachy, sentimental or politically heavy-handed. Her spare but psychologically rich portraits are utterly convincing.”  -- Publishers Weekly

“Razor-sharp writing and characters that are believably rendered. Faith, forgiveness and redemption comprise tried and true terrain in fiction. Ward delivers all three without manipulation or melodrama. She has woven a wonderful fictional tapestry with meaning embedded in the threads.” -- Fort Lauderdale Sun-Sentinel

“Ward intertwines the lives of three women in a poignant tale of benevolence and brutality, whose compelling images resonate long after the final page has been turned. Her sharply drawn characters ponder life’s capital-letter concepts—Guilt, Vengeance, Forgiveness. Her tone is masterfully restrained, impassioned without being preachy, and darkly humorous. . . . Ward’s astonishing debut blends pathos and suspense into the rarest of fictional breeds—a literary page-turner.” -- BookPage

“Surprisingly sympathetic. . . smartly rendered. Nothing about Sleep Toward Heaven reads like a first novel. . . . [Ward] puts faces on people we don’t like to think about. And she conjures up a completely believable microsociety—funny and tragic and imbued with the morbid irony that comes from waking up each morning knowing the exact day and time you’ll die.” -- Texas Monthly

“[Ward] gives us vivid, often jarring images of life in and about women’s death row. Remarkable and surprising.” -- Texas Observer

“Like a Rorschach test, Sleep Toward Heaven...prompt[s] readers to look into their own minds and hearts.” -- Charlotte Observer

Amanda Eyre Ward's debut novel is an intimate portrait of three women whose lives collide during a brutal Texas summer.

In Gatestown, Texas, twenty-nine-year-old Karen Lowens awaits her execution with a host of convicted serial killers on death row. In Manhattan, Dr. Franny Wren, also twenty-nine, tends to a young cancer patient, and resists the urge to run from her fiancé and her carefully crafted life. In Austin, Texas, brassy Celia Mills, a once-vibrant librarian, mourns her murdered husband.

Over the course of the summer, fate pushes these eerily recognizable women together, culminating in a revelation of the possibility of faith, the responsibility of friendship, and the value of life. Sleep Toward Heaven is a luminous story of murder and desire, solitude and grace -- a rare literary page-turner where redemption seems perpetually within arm's reach.

Amanda Eyre Ward is the critically acclaimed author of seven novels, including The Jetsetters, How to Be Lost, Close Your Eyes, The Same Sky, and The Nearness of You. She lives in Austin, Texas, with her family.

Start reading Sleep Toward Heaven on your Kindle in under a minute.

4.5 out of 5 stars
4.5 out of 5
53 global ratings
How are ratings calculated?
To calculate the overall star rating and percentage breakdown by star, we don’t use a simple average. Instead, our system considers things like how recent a review is and if the reviewer bought the item on Amazon. It also analyses reviews to verify trustworthiness.
Top reviews

Jim F.
5.0 out of 5 stars From A Male Perspective. A Great Book!
Reviewed in the United Kingdom on 23 May 2018
Verified Purchase
Hi - I am glad I have been able to leave some feedback regarding this book. Me, personally, I do not usually read anything written in the 21st century as I generally find modern narratives rather weak when compared to say - mid 20th to late 20th century efforts, not to mention PC censorship and unnecessary white space. As such, I prefer books 19th and 20th century only. What's more, I tend to find that Word filtered offerings now make most authors styles very similar. No matter. I initially bought this book for Scene advice while studying Sandra Schofield's Scene Primer and to be honest, I'm glad I did. I know I am a bloke and yes this is more of a girl's book. But despite this, I thought it was well written and was glad I was on this side of the page. I also found my views swaying either way as I made my way through the book and thought the touché ending was fitting. So, having finally read it, I certainly would recommend Sleep Towards Heaven as a worthwhile read.
Read more
Report abuse

Ms. Kelly E. M. Taylor
4.0 out of 5 stars Couldn't put it down!
Reviewed in the United Kingdom on 1 May 2011
Verified Purchase
this book is simple but brilliant, all I can say is it works for me - it kept me reading and when I wasn't reading it I was thinking about it which only happens rarely for me and so I have decided to buy her other books and see how they measure up, sure am looking forward to them!
Read more
One person found this helpful
Report abuse

Amazon Customer
4.0 out of 5 stars tragic but life affirming and so well written
Reviewed in the United Kingdom on 27 November 2012
Verified Purchase
I read the authors other book How To Be Lost which I loved, so thought I'd read this one. It was a great read if a little down, but manages to be life affirming as a result. The author has a fantastic writing style.
Read more
Report abuse

DEE WILLIAMS
5.0 out of 5 stars Amazing
Reviewed in the United Kingdom on 16 July 2017
Verified Purchase
This book is amazing. I never tire of reading it. I tell everyone to read it. It's a must. Beautifully wrote. Well done Amanda Eyre Ward. X
Read more
Report abuse

MPC
5.0 out of 5 stars Like this Author
Reviewed in the United Kingdom on 5 March 2013
Verified Purchase
This is my third book from this Author. I enjoy her mode of writing. Easy to read with no waffle..
Read more
Report abuse
See all reviews
Back to top
Get to Know Us
Connect with Us
Make Money with Us
Let Us Help You
EnglishChoose a language for shopping.
© 1996-2021, Amazon.com, Inc. or its affiliates