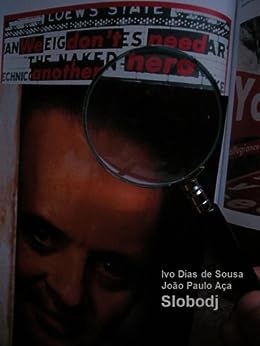 4.0 out of 5 stars
4 out of 5
2 global ratings
How are ratings calculated?
To calculate the overall star rating and percentage breakdown by star, we don’t use a simple average. Instead, our system considers things like how recent a review is and if the reviewer bought the item on Amazon. It also analyses reviews to verify trustworthiness.
Top reviews

Louis Burns
4.0 out of 5 stars Thirty abstract photo collages
Reviewed in the United States on 7 September 2012
Verified Purchase
This is basically a short coffee table book. It's not for kids. It juxtaposes two different photographs and then adds a magnifying glass. I must say while the images are of concrete objects, the meaning is fairly abstract to me. I wasn't sure what exactly was being communicated. If you like collage with photography, you may like it. It's more of what you see in the customer images. You can zoom in on the Kindle but I would probably view this on a monitor because the pictures are a bit small on a small screen. Even then, most of the pictures look like they're about 4"x6". I think I counted about 30 pictures. It's a good value for the price if you're in to that sort of thing.
Read more
One person found this helpful
Report abuse

Manuel Jose Correia Marques
4.0 out of 5 stars Interesting perspective
Reviewed in the United States on 23 April 2012
Verified Purchase
This e-book has some interesting photos and perspectives on different realities, with some allusions to common imaginary anchors such as sex, nudity, gangsters and violence. A well-rounded exercise.
Read more
One person found this helpful
Report abuse
See all reviews
Back to top
Get to Know Us
Connect with Us
Make Money with Us
Let Us Help You
EnglishChoose a language for shopping.
© 1996-2021, Amazon.com, Inc. or its affiliates